We're back after Thanksgiving break and we've got a lot of new products to talk about.

We're back from Thanksgiving break, so now we need to talk about all the products from the past 2 weeks. We've had some new stuff show up, so let's get right to it and see the video.

We had a lot of fun writing 'secret' messages on the glow in the dark panels. When I was playing around with one of the panels, I turned to Nick to ask "what do we have that's brighter and more concentrated than an LED" and of course it hit me, a 75W laser! It's good to have toys. 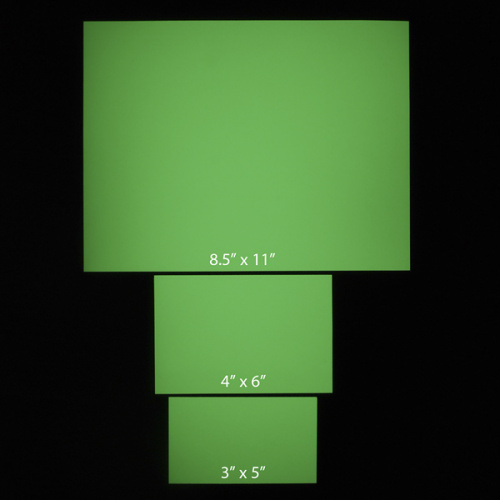 Who doesn't love glow in the dark? We saw these large photoluminescent panels and just had to have them. We really don't know what people will end up using them for, but they're still pretty cool. We have them in 3x5", 4x6", and 8.5x11" panels. They have a self-adhesive backing so they can be used like stickers and they cut quite easily. The thing that surprised us more than anything was how bright they are. 'Charge' them up under a bright light and be amazed at how bright they are when the lights go out. They rival an EL panel in brightness with the lights off. 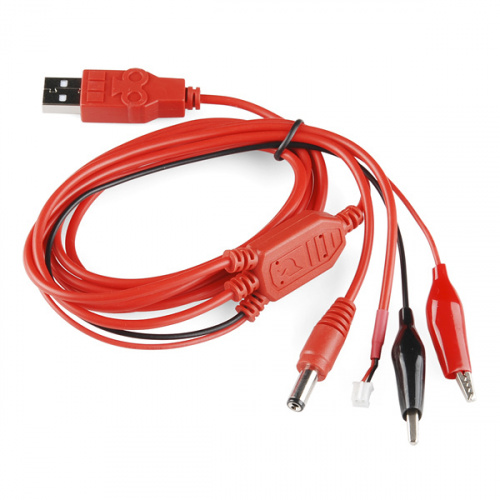 The Cerberus has proven to be a very popular cable. We have a new addition to the 'you shouldn't make a cable like that, it's not the right way to do it' lineup of SparkFun original abominations, the Hydra. The Hydra has a standard USB-A on one side, and breaks out to a barrel jack, JST PH, and pair of alligator clips. How many times have you wanted a simple way to get 5V and didn't feel like slicing up a USB cable? 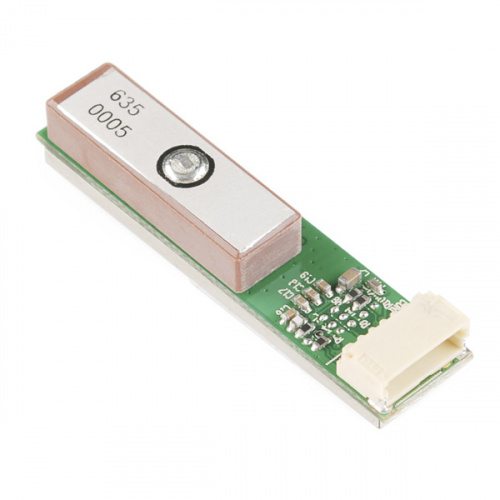 Need a tiny GPS module? You might want to check out the new GP-635T. It's just 35x8x7mm and actually works. Isn't technology wonderful?! Now you can embed GPS in just about anything! 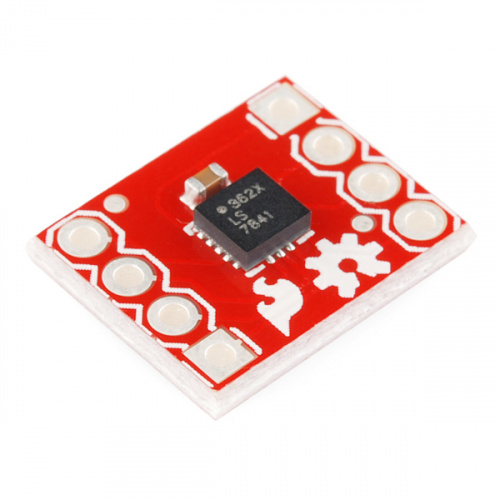 If measuring acceleration is what gets you going, check out the new ADXL362. It's a full 3 axis accelerometer that has low power consumption and even a 'wake-on-shake' feature. And did we mention that it's TINY? No? Well, it's tiny. 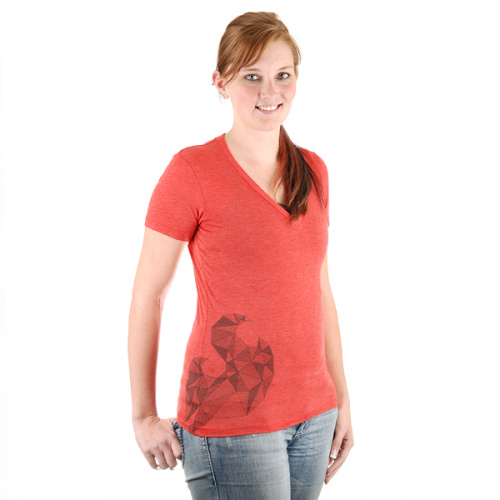 For all of our lady hackers, we now have t-shirts that fit your more sinusoidal waveforms. We have them in two colors, gray and red. They also make great presents, hint hint. 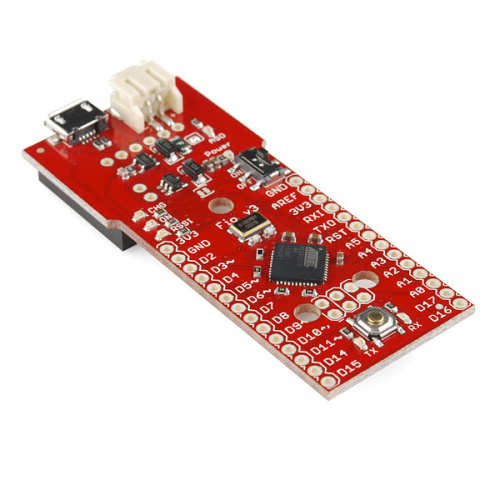 This week we've also got a new version of the Fio V3 with the ATmega32U4. It now has fancy new firmware, so be sure to check the firmware notes if you want to see what has changed in this revision. 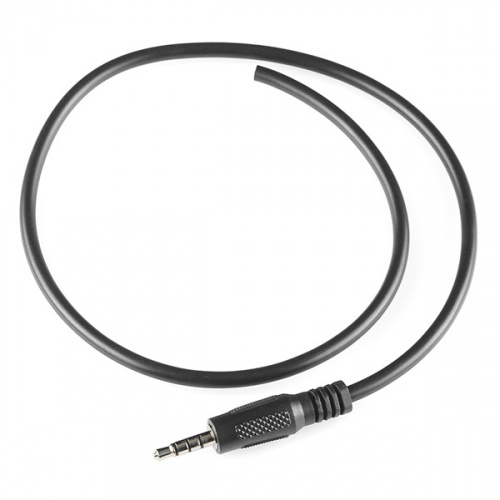 For anyone looking to mess around with their phone, or other devices that use a TRSS connection, we have a basic TRSS audio cable. It's 18" long and comes unterminated on one end. 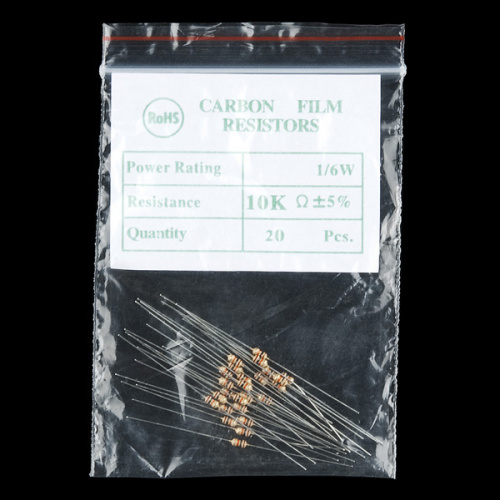 We have both our 10k and 330ohm resistor packs back in stock. We switched to thicker leads, so they're easier to push into breadboards. They still come in packs of 20 (they're really packs of 25, but sometimes they miss one or two, so we're just calling them 20, and you might get some extras). 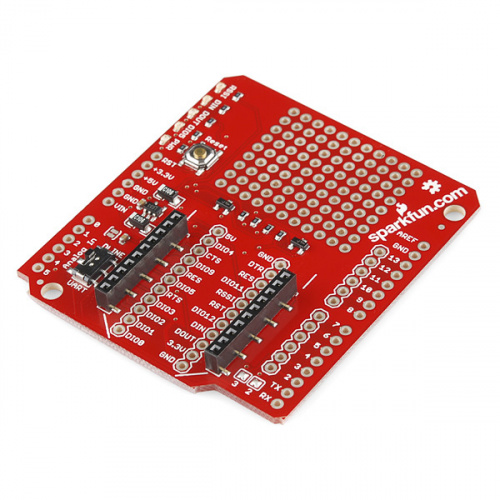 We've also got a new revision to our XBee Shield. The new version does away with the simple diode level shifter in favor of a more robust MOSFET level shifter. Now you can reliably use it with various logic levels. 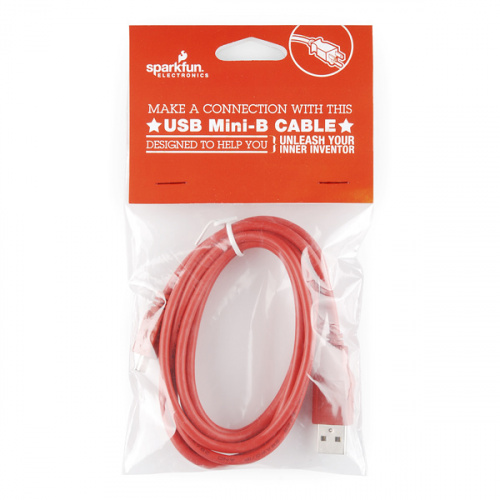 And lastly, we're now shipping the SparkFun mini-B USB cable in retail packaging instead of the old black ones.

Well, that concludes yet another Friday New Product Post. We'll be back next week with more new products, a video, and whatever else we come up with from now until then. Thanks for watching and reading. We'll see you again next week.

According to Pete - Revisiting OpAmps