Beatty Robotics is at it again, building a custom robot at the behest of Actobotics!

You may remember back in June 2013 when we featured Beatty Robotics, the dad-and-daughters team who were commissioned to build an incredibly awesome Mars Rover for the New York Hall of Science (we also featured their homemade mechatronic tank and first Rover build in 2011). We were excited to get to know more about Robert Beatty and his brilliant daughters, Camille and Genevieve, and learn about their process and how they got started building robots.

Well, they're at it again. Robert emailed SparkFun this morning to give us a virtual high-five on our recent acquisition of the Actobotics product line, and to let us know that he, Camille and Genevieve were commissioned by Actobotics last summer to build a robot from their parts. Their instructions to the Beatty's were: "Use your imagination. Build whatever your want." 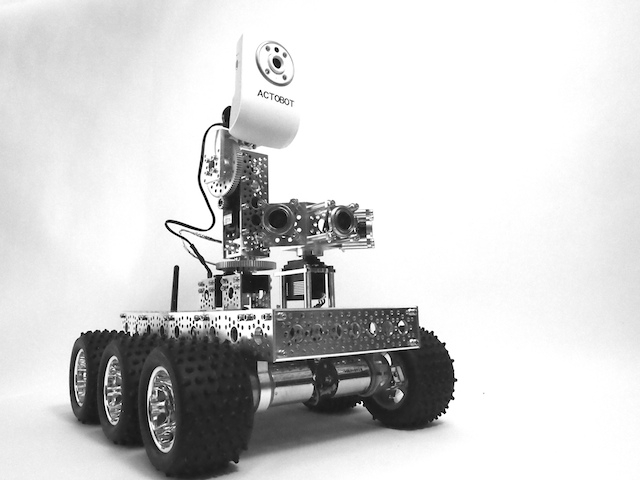 All photos courtesy of Beatty Robotics

The Beatty's were excited by the range of options the Actobotics parts offered, and a short time later, they unveiled a multi-use 6WD rover that features a pan-tilt camera turret with changeable mounts for a Wifi Camera, GoPro Camera, or HackHD FPV camera; a turret of ultrasonic sensors for Arduino-based autonomous roaming and object avoidance; and plans to expand on the rover's capabilities soon! They post photos, a detailed breakdown of the parts they used, the rover's capabilities, and their impressions of the Actobotics line on their workshop blog, so be sure to check it out! 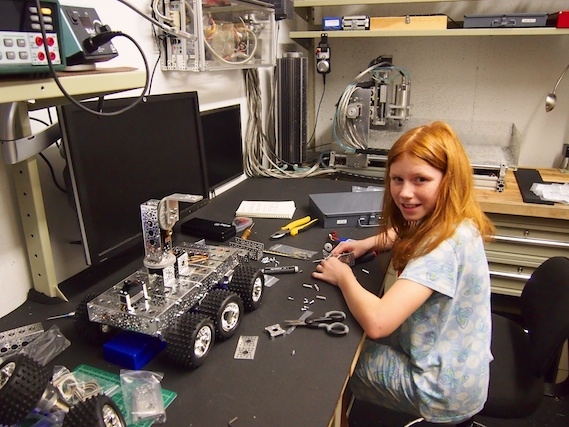 We're having a blast playing with the Actobotics line, and we were so excited to see what the Beattys came up with using their parts! We love seeing what you guys are building with Actobotics - feel free to send your projects our way - and thanks again (and two thumbs up) to Beatty Robotics!

National Tour- Virginia to Nebraska and Then Home