Robotic bartenders aren't necessarily a new thing. BarBot has been around since 2012 and we even built our own bartending bot (sorta) called "The Synergizer using the Bartendro Peristaltic Pump. This, however, makes previous bartending robots look like tinker toys:

This is called the Makr Shakr and they've partnered with Royal Caribbean Cruises to give a bar experience like no other. 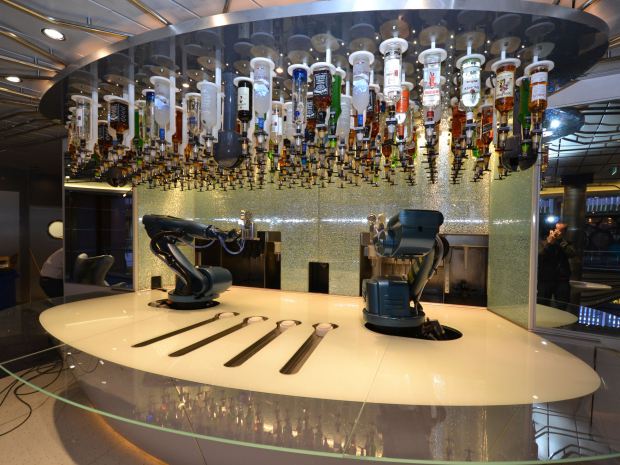 The precision involved here is pretty awesome, but I have to admit there's something about the ritual of getting a mixed drink made by a real-live person that is lost in the translation. We truly do live in the future...

_Story and image via MakeZine_

Teardown of the Microsoft Band