A while ago we did a post on the Barbie Computer Engineer book. We had a lot of mixed feedback, but one thing that really caught my attention was the comment that we just stated a problem -- we didn't try to fix it. We didn't give feedback or suggestions. Basically we didn't give any feedback for girls or women in engineering and finding a way to encourage them, so I wanted to do a post doing just that. 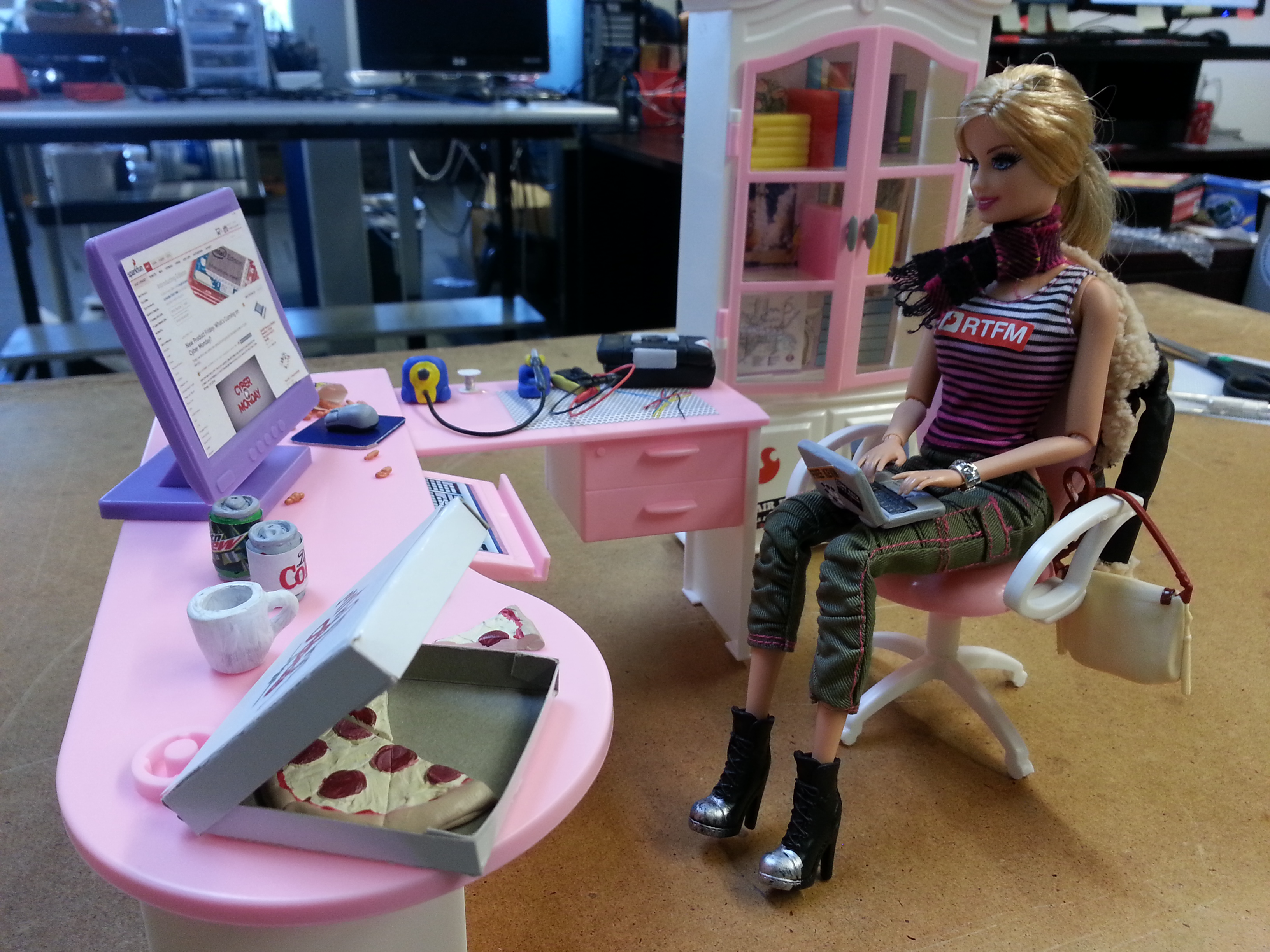 Almost exactly 14 years ago I graduated from the University of Michigan with an Electrical Engineering degree. I was lucky in a lot of ways. When I started I was in a residential program titled "Women in Science and Engineering". We basically took up a whole floor of one of the dorms and so my roommates, mentors, RAs and everyone down the hall was basically either in Engineering or Pre-Med. From the beginning I was surrounded by and supported by women in engineering. Later on I also became involved in the school's Society of Women Engineers chapter. Again I found a way to surround myself with women engineers. Don't get me wrong, I still spent all day in classes surrounded by mostly male engineers, and evenings in the computer labs surrounded by more male engineers, but I also had quite a few female friends in engineering. While I might have been outnumbered I was not alone. 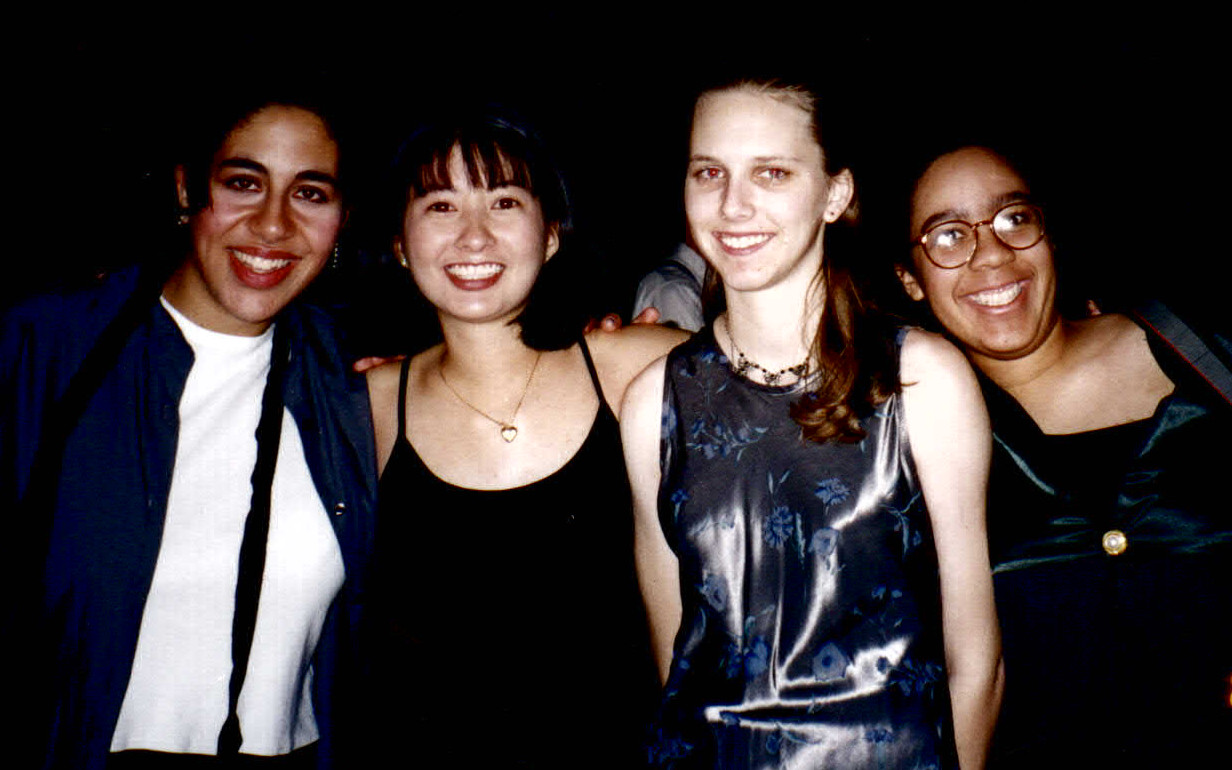 Me and some friends from Wise and SWE in college.

Today I see not only organizations like SWE and Wise in colleges, but also organizations targeting girls younger and younger. There are now organizations and websites like Engineer Girl and Girls Who Code providing ways to expose girls to engineering. One of the comments on our Barbie post mentions that girls are not actively being discouraged from entering technical fields. That got me thinking, while that may be true in most cases, are girls inactively being discouraged? Every time a girl expresses interest in computers, science, science fiction, gaming, etc., and people act surprised that girl is going to say to herself, "Should I not be?" and will probably be less inclined to express an interest that is there.

As a society we also tend to expose boys to such things much easier and earlier than girls. A 12-year old boy might show interest in electronics while a 12 year old girl has never been exposed to it and therefor doesn't know if she's interested. This isn't an issue of trying to force engineering or anything else on girls, but of making sure they have the same opportunities as boys. In other words, while we might not be telling our daughters, nieces, and young girls in our lives that they should stop playing with blocks, or Arduinos and go sit in the corner and play with dolls, we do need to be mindful of the message we are sending. This goes for all areas of their lives, and for boys as well. What messages are we sending the next generation? 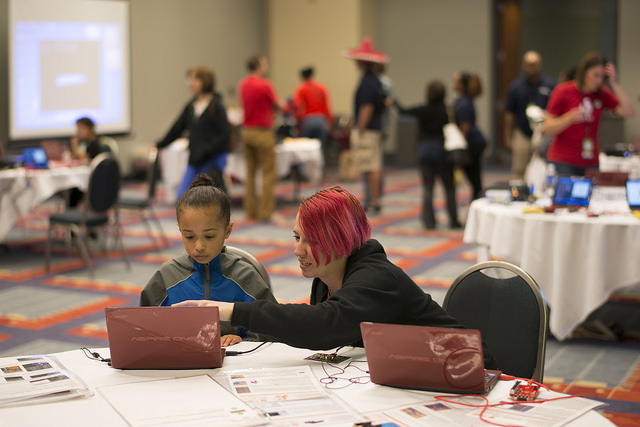 One of our engineers working with a young girl.

Women Who Code is another great organization. They have meetups for everything from learning new skills, brushing up on current skills, playing around in a hackathon, or even working on interviewing skills. Girl Develop It is another good resource also with lots of meetups and classes. There are few better ways to polish up on your skills than to teach someone else. 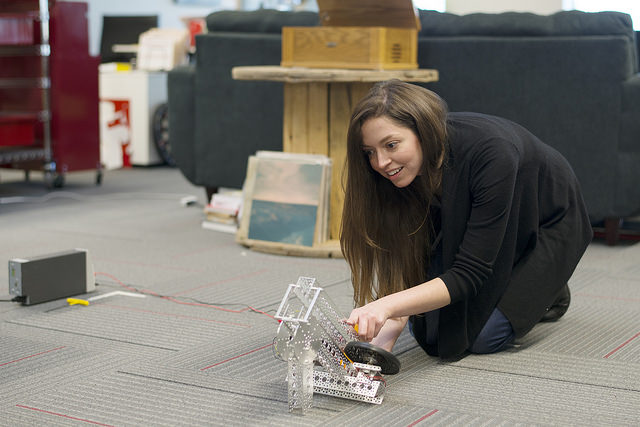 One of our engineers in our Actobotics competition

I've listed a few organizations here that can help expose and encourage girls and women in engineering, but nothing is going to be a substitute for a real life mentor who will sit down and encourage young girls. I'd love to hear your stories about how you were encouraged, or how you have found a way to encourage those around you, whether that's through a parent, teacher, mentor oryour favorite organization.

Into the Qwiic of It