SparkFun is Heading to SXSW

We're heading to Austin at the end of this week -- we hope you'll join us!

Ah, Austin. Home of delicious BBQ, tall boys of Lone Star and one of the biggest music, film and interactive conferences on the planet - South by Southwest.

This year, we're heading back and we've got some exciting events happening around our presence. We're going to be manning a booth at SXSW:Create, which is FREE and open to the public! It takes place from Friday, March 13th until Sunday, March 15th and runs 11 a.m. to 6 p.m. on those days. If you want to attend, you'll need a Guest Pass, which you can learn about here. 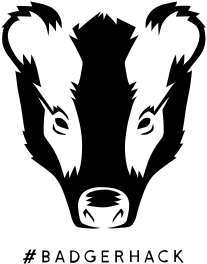 So let's talk turkey...or in this case, Badgers! We are going to be doing some pretty awesome things at our booth - the biggest of which is the #BadgerHack. Meet the Badger: 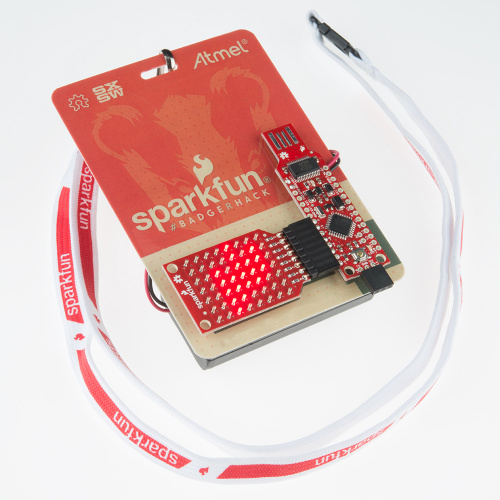 Folks who come to your booth will have the opportunity to solder together a Badger of their own. Using this interactive badge (or Badger!), you can visit other booths around Create where we've placed reprogramming stations that we built. Visit the booths, reprogram your Badger and you'll win a SparkFun prize (as if the free Badger wasn't enough)! 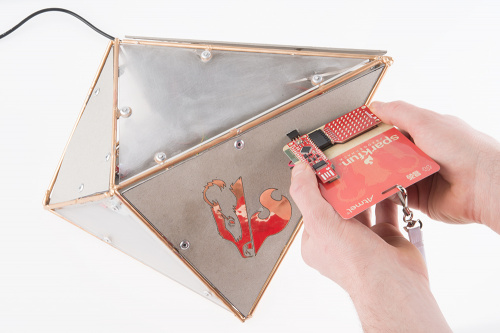 The Badger is also hackable, and we'll give you the resources you need to reprogram it on your own, use it to play games, scroll dirty words and much more!

So blinky. Much Badger.

At our booth, we're also going to have an awesome installation called the "Paint with Code" wall.

This wall is an installation designed to give players the experience of creating code-based visual art without having to know a programming language. Players can choose a (pre-written) block of code by picking up the associated controller and painting with it. The controller is shaped like a spray-paint can and tracked using cameras to give the effect of "painting" on the projection screen. Instead of "painting" a solid color, the controller paints a pattern generated from the selected code snippet. We don't have any images of this yet, but it's going to be epic.

Finally for SXSW:Create, our CEO Nate Seidle is participating in a panel discussion on "Making to Manufacturing." This will take place on Friday, March 13th from 3:30 - 4:30 p.m. at the West Pincer Lounge in the Long Center.

In addition to these Create goings-on, a couple SparkFunions will be giving presentations as part of SXSW:Interactive. These talks are not free -- you'll need a SXSW pass to get in.

Gadgets. We all own one (or a hundred). But from Apple to Samsung to Oculus Rift, those beloved gadgets are drowning in a sea of intellectual property lawsuits, a tide that threatens to strangle tech innovation for good. Nathan Seidle, CEO and founder of SparkFun Electronics, happens to know a thing or two about IP and innovation. He made gadgets and their parts his life's work, building a multi-million dollar company for embedded electronics, all without filing one single patent application. Nathan will guide you through the world of patents, how long it really takes copycat products to appear in the marketplace, and show you how sharing can truly build profitable, growing companies. Makers, gadgeteers, and anyone interested in what the future of innovation and business looks like—come hear how open-source technology will save the world.

According to the National Center for Women and Information Technology, 12% of 2012 computer science degree recipients from major universities were women. That number represents a staggering decline from just a decade ago. We talk a lot about closing the gender gap, but how can we if universities aren't producing more women in STEM fields? Jessica McDonald, Director of Marketing and Communications for SparkFun Electronics, argues that the answer lies in changing how we think about teaching technology. She'll present original research describing how participation in fandoms--yes, fandoms--through sites like Tumblr and cosplay are shaping a new generation of techie girls, as well as discuss initiatives her company has taken based on this research in an effort to help close the gender gap.

Wow, so yeah - it's going to be a busy few days. If you are coming to SXSW, we would love for you to stop by our booth, participate in the #BadgerHack, attend our talks, and talk shop! We hope to see you there!

If you can't come, feel free to join in on the conversation on our Twitter page or search for #BadgerHack, where we'll hopefully be talking about all the fun stuff going on!

Apply for your Interactive Hardware Kit for the Arm DevSummit