How much water does it take to replace a battery?

by Nate October 23, 2008 6:00 am UTC 32
Favorited Favorite 0
I was discussing solar panels and renewable energy a few weeks ago. One of the new alternatives that came up was the super-heating of water using mirrors.  There is some REALLY cool stuff being built. Crazy stuff. I wish I had a $40M grant to go tinker... 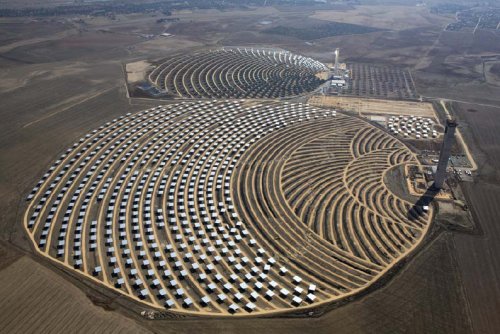 So freakin cool. Basically you turn all the mirrors toward the tower to heat up water to 250C at 40bar (580 psi)!
After using a solar panel and a deep cycle marine 12V battery system at Burning Man, I wondered what it would take to replace my sealed lead acid battery with a tank of water. If I could heat the water and use it as my energy storage device, could I get rid of the need for a car battery? Let's assume I've got some solar apparatus that can heat the water - the thing I want to know is the size of the vessel of water it would take to replace the battery. If the required size of the vessel is equal to an Olympic-sized swimming pool, then the system is not feasible. 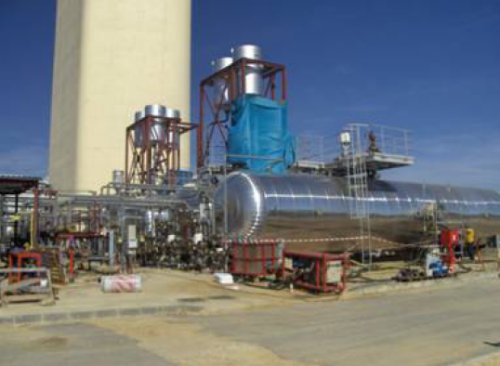 Tanks holding pressurized super heated water
Super heating water is a complex thing that requires pressurized vessels. Because I'm trying to replace a system used at Burning Man (think simple and portable), I don't want to heat the water past ~120F. At 120F, if water spills, it'll only discomfort a human and not physically burn or harm them.

Get the calculation excel file here. It would take roughly 9 US gallons of water, heated from room temp (25C) to 50C to equal the power behind a very heavy, filled with lead (Pb) and sulfuric acid, expensive, car battery. If my calculation is correct, 9 gallons is not so bad! That's like two water coolers (5 gallon carboys). Neat. So now I just need a way to heat the water - maybe with some mirrors and a control system, some motors, probably some batteries...

Wait - once I have 50C water, what do I do with it? Here's the problem - how does one convert thermal energy efficiently to mechanical energy, and then to electrical energy? The great thing about a 12V battery is that you can immediately 'hook-up' devices that do work for you. With hot water, I don't how to do anything but take a nice shower. How would you convert hot water to usable work?
View Comments (32)
Share
Use this URL to share: