BASE Jumping with Accelerometers

A great project from a mad customer and new products in RFID, GPS, and a new WiFi module! 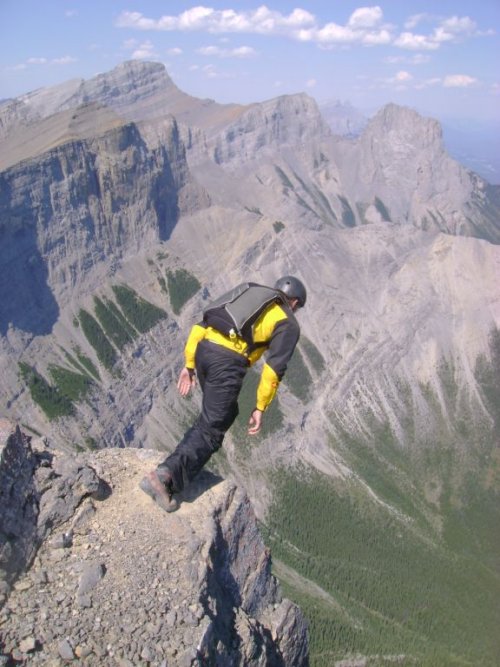 Well, that's one way to get back down the mountain.
Michael Cooper sent us these amazing photos and data plots:
"I thought you guys might get a kick out of this. I wrote my own firmware for the WiTilt, which gives 250 Hz of accelerometer data with 16x oversampling. The data is sent via Bluetooth? connection to my Palm Tungsten, which takes care of logging."

"A couple of weeks ago, I took it for a BASE jump from my favourite 1200-foot cliff. I?ve attached data from the freefall portion of the jump and the first few seconds of canopy flight. The grid is 1 second on the x-axis, and 1 G on the y-axis. The black line shows total acceleration, while the coloured lines show each axis (after calibration). In the 'jump' plot, you can see clearly where I jump, at the 1 second mark, and where the canopy opens, at the 9.75 second mark, after 8.75 seconds of freefall. You can also see the point, at about 3 seconds, where wind resistance becomes significant, after which I appear to be resting on my belly on a cushion of air." 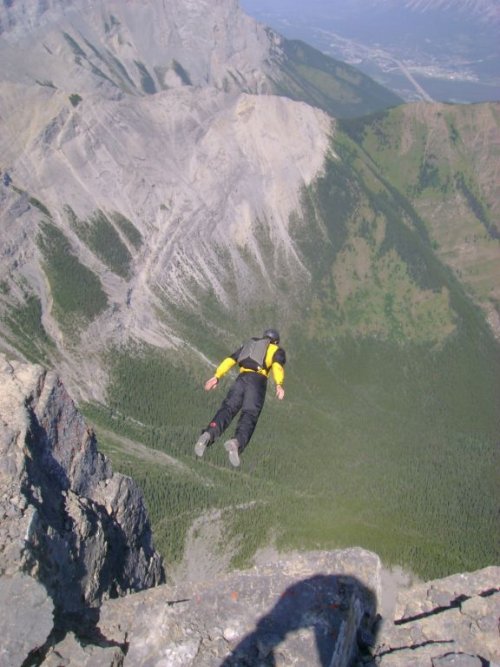 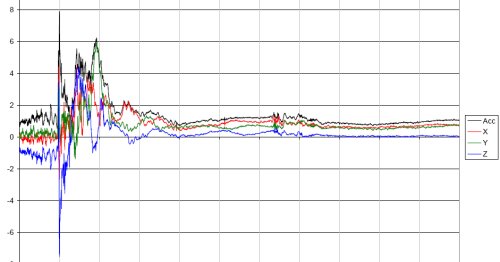 "Opening shocks, visibly mostly in the 'canopy' plot, are a bit of a jumble of actual opening shock (which is quite a blow), and oscillations which show me being kicked out under the open parachute... I've often compared the opening of a BASE parachute to a car wreck. Of
course, we like our parachutes to open fast, but I will often feel symptoms
of whiplash after a weekend of jumping. "

Thank you so much Michael! Those pictures send chills down my spine. Keep jumping, and stay safe!
Now for slightly less adrenaline pumping photos - new products!

New USB eval board for our RFID readers. This simple board allows you to plug in the RFID module of your choice. Bring a card near the reader and you'll get a serial stream containing the unique ID of the card. Nice and simple. We've also posted the Eagle files to help out the SparkFun interweb of users.

GS406 is a powerful GPS receiver with a Sarantel Helical Antenna and a uBlox 4HZ engine. Now you can get solid GPS coordinates 4 times a second!

We brought back our WiFi category just for this new module. The WiFly is right up our alley: It's a simple to use, small, low-cost module, and this time it's for WiFi wireless. Now you can connect your embedded project over 802.11b with just a serial connection.

We've updated the pictures for our Button Pad breakout. We've also posted the Eagle files for this board!

Yay! The way KinetaMap was supposed to look - now with a label!
View Comments (8)
Share
Use this URL to share:

A look into SparkFun Production - and some new products!