A group of us got together recently to come up with a list of trends we feel will heat up in 2016. We may change our minds on all of this after CES this week, but here is our list as it stands.

Shawn
The Internet of Things is an expansive term that covers any number of web-connected technologies. While many available platforms can be modified through accessories to make it a connected device, we are seeing a plethora of devices enter the market with built-in networking capabilities. In the DIY/Maker market, microcontroller platforms like the Photon and single board computers (SBCs) like the Edison come pre-packed with onboard WiFi radios. Some IoT-focused development boards to get you started can be found here. 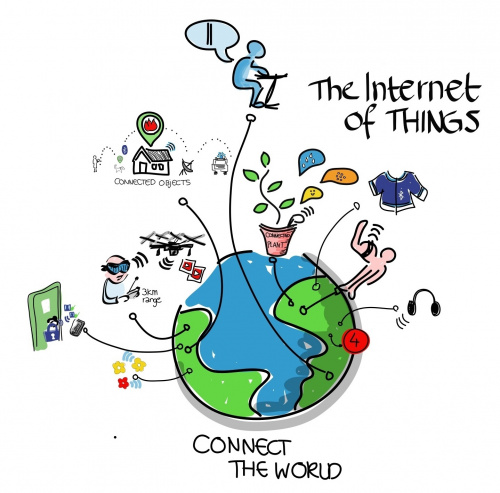 A simple project to envision is one or more sensors connected to an Internet-connected microcontroller (e.g. the ESP8266 Thing), which posts sensor readings to a data site like data.sparkfun. Several of these sensor/microcontroller packages can be placed around a location, such as a house or a production plant, and monitor some aspect of that location. Alerts can be set up on the data channels to let the user know of particular events (e.g. a boiler room temperature rises above a threshold).

In addition to posting data to a web server, IoT devices are also capable of pulling data or responding to push events, which means you can have projects perform real-world actions based on Tweets, emails, mouse events on a website, etc. 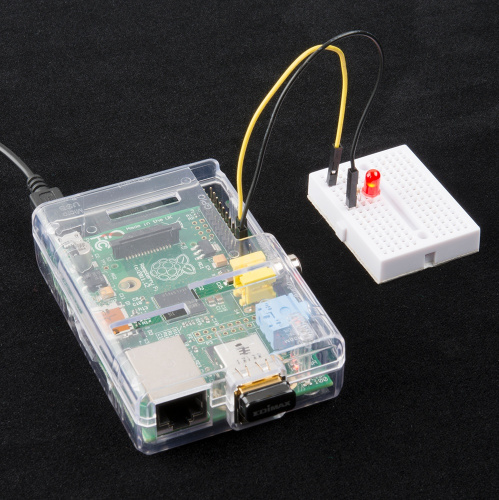 Single board computers, in addition to microcontroller-based platforms, are becoming viable IoT devices as their size and price continuously decrease. In general, SBCs have more powerful processors than their microcontroller cousins, which means they are capable of running more demanding applications and software frameworks, like Node.js or Python. Keep in mind that this increase in processing power comes at the cost of increased current consumption. Want to host a simple website to control your home automation system? A single board computer would be a good place to start.

As Internet-connectable hardware continues to become more affordable ($5 Raspberry Pi’s!?) and more powerful (ESP32’s!), the software tools we use to interface with them will be a big part of what sets them apart.

Software, apps, and browser-based dashboards that serve as a command, control, and monitoring base for your connected device(s) will continue to innovate alongside all of the exciting new hardware that launches in 2016. These tools can add versatility to programming, controlling, and/or observing your project, by providing access from anywhere on the globe. As long as they can remain reasonably secure, I think they’ll find their way into many projects this year. 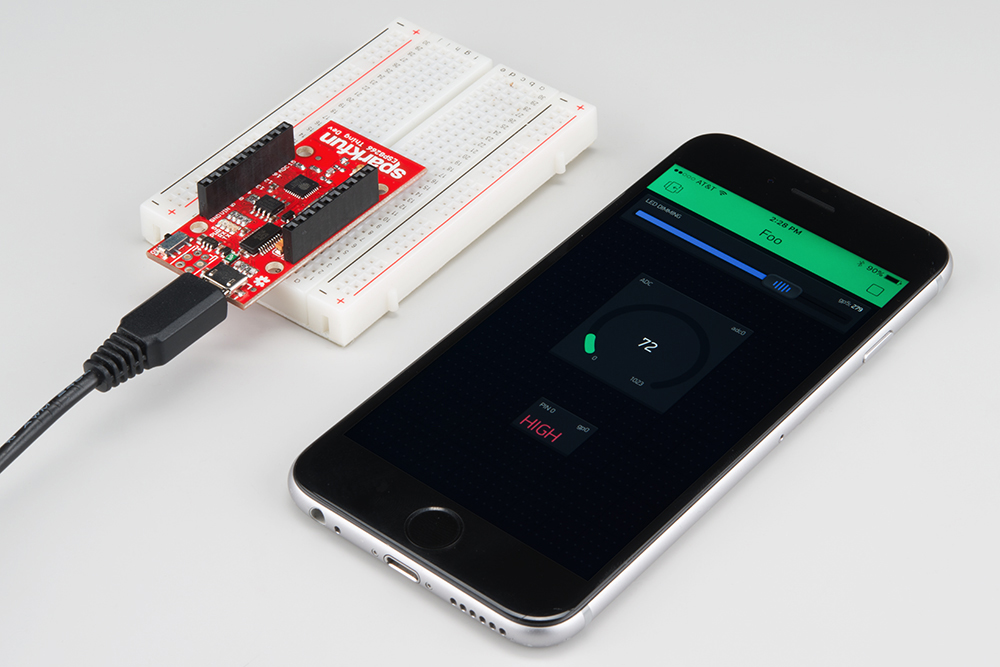 Smartphone apps in particular -- whether platform-specific, like Particle’s Tinker, or something more agnostic like Blynk -- should have a big year. They’re a great introductory tool, as they require little-to-no programming, and present a simple interface for toggling LEDs, monitoring sensors, or triggering servos. I’m excited to see what they have in store for this year.

People have a funny way of thinking about IoT security. If you tell someone that hackers can access their smart lightbulbs from across the globe, their response is often, “So what? Some hackers in Russia are gonna turn my lights on?” – but the reality of the situation is a little darker. (pardon the pun)

It’s important to remember that the Internet of Things is an internet and, tautologically, is interconnected. If your smart-bulb is sitting on an open port, and I can get to it, it’s not just a vulnerable lightbulb, it’s an attack vector. I could run a remote code execution exploit on your lightbulb (which is on your local network) and make it attack your PC… or your home security system… That’s right, we’re entering an age where hackers can backdoor your home computer through your lightbulbs (or toasters, or egg cartons).

2015 was the year that we explored the market: Startups and established tech giants alike dumped shiploads of new internet-connected products onto store shelves. This is a good thing! It’s important for a technology to proliferate that way so we can see what sticks. Unfortunately, this also means that early adopters get roundly pwnd. Last year’s Black Hat and DEFCON conferences had no shortage of IoT exploits and vulnerabilities, which helped alert the industry to a very serious security problem. This is the way IT security works, unfortunately: People get hurt, then the problem gets found, then people lose money, then the problem gets fixed.

2016 will be the year of IoT security, with any luck. In the past, we were limited by our hardware. It’s hard to implement the basic TCP/IP stack on an 8-bit mcu… much less any useful cryptography. Especially if you want it to do anything else besides. But with the flood of inexpensive SoCs and SBCs coming to the market, as well as dedicated crypto hardware for small embedded systems, we’re finally seeing the hardware capability to bring everything up to snuff.

Whether you’re an IoT developer or consumer, make sure that you demand security. If we can pull together as a community to dig into the (admittedly boggling) world of cryptography then I think we can get IoT devices at least to the current state-of-the-art for internet security. Platforms that are SSL-ready, firmware upgrade best practices, and a little common sense could keep us all out of the frying pan in the coming year.

A lot of big players have been making investments in smart machines. A few examples include Intel, GM, Toyota, and Google.

In 2016 we will see advancements in systems and algorithms that allow machines and robots to understand and learn from their environment and act autonomously. Examples include autonomous vehicles and driverless cars, virtual personal assistants (like Google Now, Microsoft's Cortana and Apple's Siri), drone-based delivery, and onsite monitoring.

The most notable instance among smart machines is the obvious autonomous cars. A convergence of artificial intelligence, more powerful processors, and affordable sensor systems are making smart machines more and more feasible. There will be plenty of autonomous vehicles shown off in different aspects this year, but expect similar trends in industrial and in some new home products as well.

One of the coolest aspects of this will be the partnerships being created among car makers and high-performance processor companies such as Nvidia.

Pearce
Interesting stuff is on the horizon for high-end developers. It’s possible that embedded ecosystems will start to become easier to program at the architecture level in 2016. See this thread on software eco-systems for single board computers from Hacker News.

With embedded electronics systems, developers have to figure out a lot of code on their own because of the custom, low-cost, low-power hardware comes with limited processing and limited code libraries. Open platforms with community support may help make devices more programmable by everyone.

Dart is a C like language, for small microcontrollers, that is looking promising to extend source code compiler and de-bugging capabilites to development boards.

Smart home innovations (hobbyist and commercial) will continue to evolve in 2016. The home is not only a convenient place to start projects, it also provides motivation to know you can hack your way to real savings and impress your kids at the same time. Additionally, more and more of these types of products are seeing commercial success – perhaps the most well-known example is Alphabet's Nest (programmable thermostat).

I took a look at SparkFun project submissions in the recent year, and the third most common type of project was in the category of home automation (behind board designs and hobby-related projects). Examples of home automation projects include: a chicken coop heater, outdoor decorative solar lights, BBQ thermometer system, Arduino air conditioner override controller, and an IoT garage door monitor/controller.

2015 marked a huge step forward in content creation for VR, and VR headsets will be a big thing this year. Oculus is set to start taking pre-orders this Wednesday, and other headsets will be hitting the market in different phases. Hopefully this will come with an increase in ways to interface with the headsets beyond gaming and simple video. 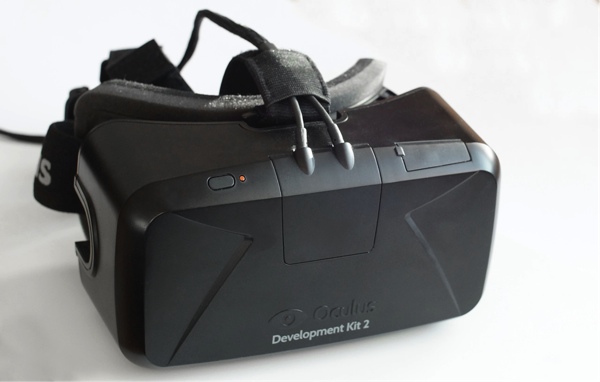 Sensors and other hardware devices are becoming more accessible and widely used, and connectivity between devices and the cloud is becoming a way to push advances in industries with large resources like wearables, self-driving cars, medical applications, agriculture, and industrial machining. Software development, applications and services that make it possible for hobbyists and innovators to put device connectivity to good use will be a hot ticket in the years ahead. And as important as the data tools for accessibility and aggregation are, they will be eclipsed by the importance of tools and services that will make the data more useful.

This NY Times article gives an interesting glimpse at what the future of IoT might look like (including "data singlularity"), "Think of it as one, enormous process in which machines gather information, learn and change based on what they learn."

This year our education department is looking at the latest flock of remotely programmable devices and the offerings around The Internet of Things for the classroom.

We are closely working with the Particle Photon and the apps available with it to bring this new level of technology to educators. The ability of the Photon to be programmed, no matter where it is, by a web browser is very compelling and it mitigates some of the IT administration issues that come with education settings. The Photon also seamlessly syncs with the Particle and Blynk apps that make it usable from tablets and other mobile devices. Both these apps also work with the ESP8266 Thing, which we are tracking as a great, inexpensive IoT device. Out of the box the ESP8266 is programmable with the Arduino environment and has example code that posts to data.sparkfun.com and sockets directly to Blynk. As well, the ESP8266 is great at severing a wireless webpage that will allow control of the pins from the webpage it’s serving. We are excited to see how students use this new, very friendly tech.

In the area of software and hardware we are huge fans of the Node.js platform. Node allows most embedded hardware on the market to interface with the web and do a wide range of web-based tasks. Our favorite implementation is the johnny-five package, an amazing product of the Bocoup group.

We are excited about all that will happen in embedded electronics in 2016. What your thoughts? What did we miss?