Trust your code? Prove it.

I’m excited. This year's AVC is going to be epic. When we started AVC eight years ago, it was as an homage to the DARPA Grand Challenge that had started a few years earlier. 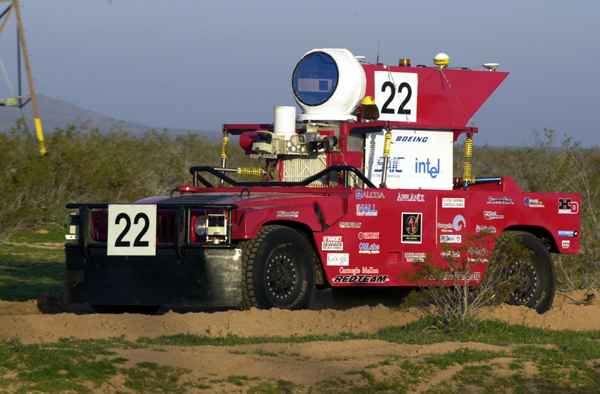 It all started as a bet: Could we build vehicles using the tech that SparkFun was producing to autonomously drive ourselves to the store to pick up lunch? And do it cheaper, and with far fewer complications, than the ferociously complex vehicles failing to get off the line at DARPA Grand Challenge? 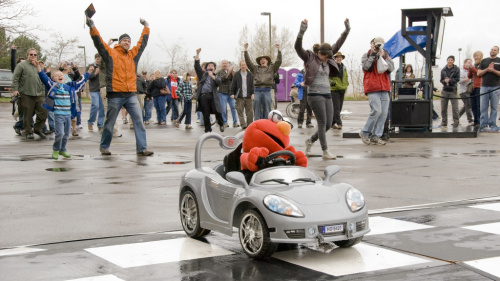 We were able to, sort of, and boy was it a humbling experience. My Elmo entry in 2010 made it around the building but it was a staggering amount of work. Since then, AVC has taken off like a brush fire. DIYDrones was founded, taco-delivering quadcopters became a thing, and advancements in ground vehicles pushed us to make a more compelling challenge. Since 2008, the field of competitors have solved every racecourse we threw at them. 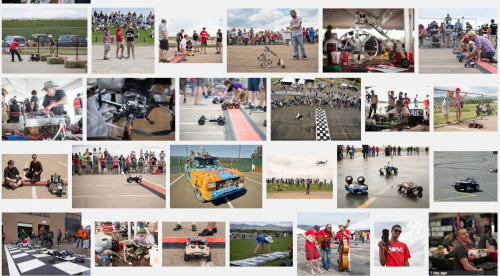 In parallel, we've seen autonomous, life-sized cars advance quite significantly. I still can't buy a car to take me to the grocery store, but it's coming very rapidly. And therein lies the rub: Autonomous cars are looking more and more like your everyday Honda, while the AVC entrants still look like R/C cars. Enter the Power Racing Series. 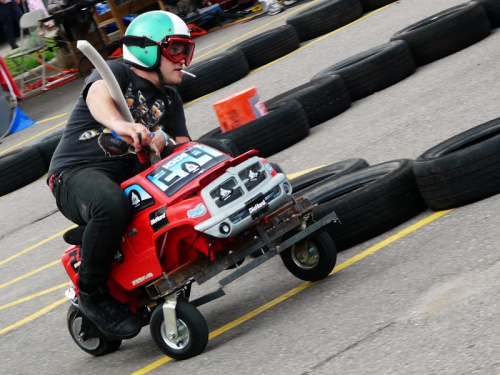 The Power Racing Series has been hacking and racing children’s Power Wheels vehicles since 2008. Coincidence? I think not. 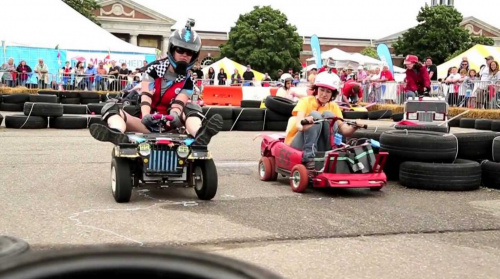 These are our type of folks: a strong sense of building, hacking, and camaraderie, alongside a mild disregard for safety. Just read some of their rules:

Rule 5: If the panel of officials determine the car to infringe on certain rules or bend said rules to a position that is beyond “the spirit of the series,” then a completely arbitrary, painful, and time consuming penalty will be administered. Repeat: If you show up to our track and half the field thinks you are “too serious” then you are doing it wrong.

Rule 7.2.2: We’re here to have fun. Rules will get bent, cars will break, so just relax and enjoy yourself. If you’re reading line by line and looking for a 1/10th of a second lap time improvement, you’re going to have a bad time. Aside from safety, not much else really matters. You don’t race to win – you race ‘til you break. Don’t get too wrapped up in or obsessed with podiums or lap time records. Share tools. Be friends with rival teams. Have rivalries just because it’s hilarious. Make friends. And most importantly, be excellent to one another.

After watching a PRS race at the New York Maker Faire, I knew we had to do something together. The PRS has been putting on amazing events for the past eight years; they know what it takes to put on a spectacularly fun event. So Patrick, Jim, Eli and I started working out what a SparkFun + PRS event might look like. We’re proud to announce AVC 2016 will be co-produced with the Power Racing Series.

The 2016 PRS AVC will have four options:

New for 2016: Left turns! The square AVC course has been solved. 2016 will incorporate curves and many more exciting twists. More details about the 2016 PRS AVC are here, and the full rule set for A+PRS is here. Pick your own adventure; I’m personally excited to build an autonomous Power Wheels. I dream of walking up to a tiny car, strapping on a helmet, hitting the go button and holding on for dear life.

So ask yourself: Do you trust your code? Please have a seat and prove it.

What Operating System(s) do you use?