In this week's Enginursday, Alex meets with a local Speech-Language Pathologist to talk about how makers can help make devices for people with special needs 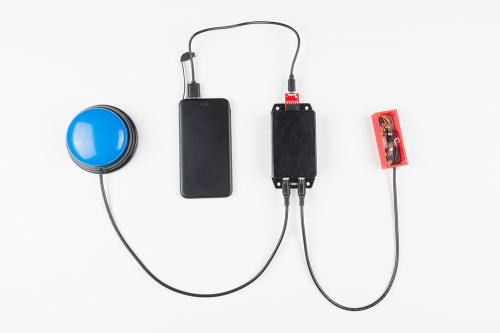 I was originally planning on using our Big Dome Pushbutton switch, however the switches that are normally used for AAC have a flat bottom to make it easy to sit on a table or mount to a wheelchair. Thankfully I was able to find a cheap solution on Amazon, but it required me to modify the switch's functionality first. 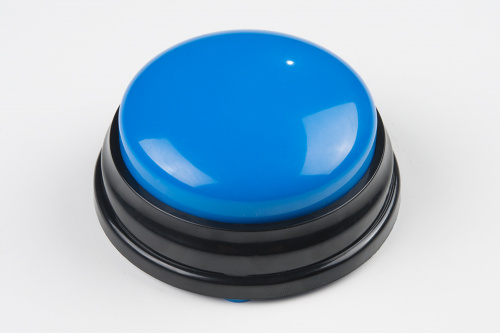 After removing the rubber feet to expose the screws holding it together, I was able to get access to the circuit board inside. Given how inexpensive the answer button was, it wasn't much of a surprise to see a chip-on-board (COB) and a single-layer PCB inside. All I needed from the board, though, was the momentary switch in the center of the plastic body. 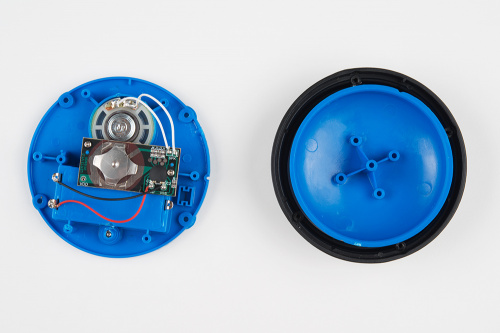 To avoid powering the COB, I removed a 0-ohm jumper resistor on the board, which connects the switch to the COB. If I were to guess, each of the four buttons use this same board, and the jumper resistor selects which audio file to play when the switch is pressed. Once the resistor was removed, all I had to do was drill a small hole for the audio cable and solder the cable to the two contacts for the switch. 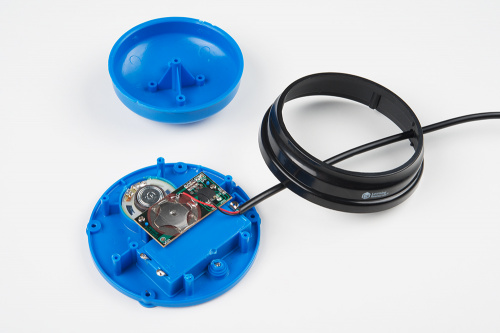 Making Your Own Adaptive Switch

If you're interested in making your own, I've added all the schematics for the project to my GitHub repository. In an attempt to make the proximity switch as easy as possible to make, I also designed a PCB that uses all PTH parts. The design that I added to the repo uses a non-inverting Schmitt Trigger instead of the inverting trigger I used in the video, so I haven't tested the design that I uploaded, but it should hopefully still work.

For a list of parts used in this project, see the wishlists below:

The one thing I don't currently like about the project is it uses our Lithium Ion Battery Pack for power. The circuit only draws a few milliamps of current, so I'd like to add a smaller battery and Battery Babysitter. Another option would be to figure out a way to draw power from the tablet's battery to power the Bluetooth Bridge. This project barely scratches the surface for assistive technology. If you'd like to learn more about how makers can get involved with assistive technology, visit ATMakers.org, where there are tons of open source designs available.