Sew LED strips into a fur vest for Halloween, Burning Man or any event that calls for furry lights.

Halloween may be over, but it's never too early to start thinking about costumes for the coming year. For frequenters of Burning Man, costuming is not restricted to one or two months a year, but rather is built into every opportunity possible. This year for TTITD, I tried my hand at sewing my first big fur project: a light-up fur vest.

SparkFun carries a few varieties of sewable LED ribbons. Each ribbon consists of a strip of LEDs inside a sheath with an extra tab of cloth to easily pin and sew into your garment.

Using three of the blue 50-LED ribbons, I was able to light most of the edges of the vest while still making it easy to power with batteries. Two of the ribbons were wired in series, and then the third was wired in parallel with the longer ribbon.

Making a fur vest requires a lot of forethought, and adding LEDs into the mix requires even more forethought. Using different material, I made a practice vest to ensure that all the pieces would fit together and that all the wires would run where I wanted them to for the final version. After a mostly successful first attempt, it was time to make the real deal. I found some blue "Monsters, Inc."-esque fur for the outside. LEDs tend to shine through lighter fur better than darker fur. And for the inside, I found some Dr. Seuss cotton lining that was absolutely perfect.

With the plan mapped out and the pieces cut, it was time to start pinning. This vest was to be seamless, so extra thought had to be put into how and where to pin the LEDs. 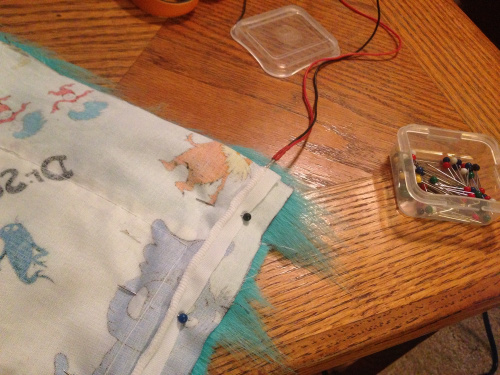 The LEDs ended up facing more inward than outward, because the seam prevents them from shining through both sides equally. To make the LEDs show through the fur more, pin them on the opposite side of the seam, the furry side. 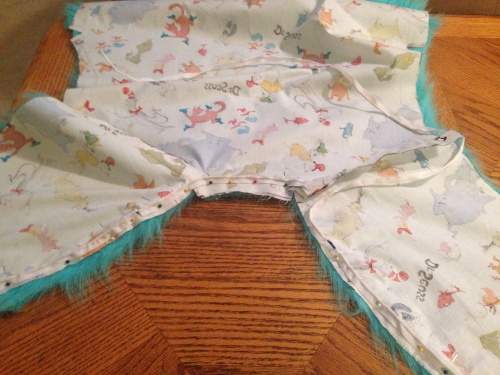 One side was pinned and sewn, followed by the other. It's wise to continually test the LED strip as you go not only to see how they look but also to make sure you have not somehow damaged them with the sewing needle. The sewing tab makes this part much easier than sewing criss-cross over a strand of LEDs. 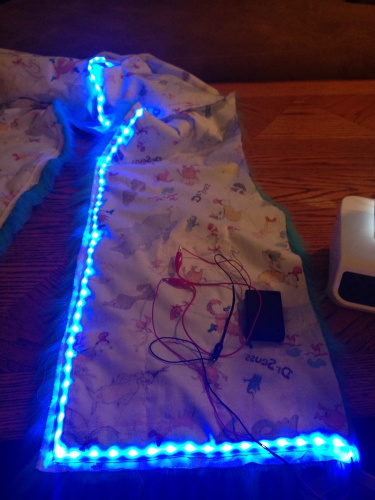 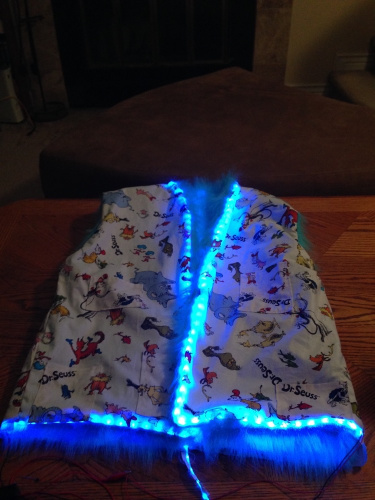 For the back of the vest, the longer of the two ribbons wired in series was extended down the middle of the back from the neck and was sewn directly to the liner. 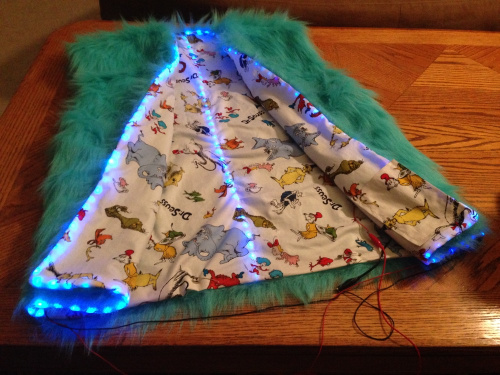 To make the battery pack, I used an existing 4xAA battery holder with a switch. I then added a large-wattage, low-resistance resistor for maximum brightness. Power requirements and current-limiting resistances will vary from project to project. A decade box is a great tool for seeing what value of resistor will provide the brightness you desire.

An assortment of colored wires: you know it's a beautiful thing. Six different colors of stranded wire in a cardboard dispens…

We love heat shrink! We use it for all sorts of handy projects. Use it to reinforce connections, protect devices, and electri…

This 4xAA battery holder puts a nice finishing touch on your battery powered project. This holder features a removable, slidi…

Polarized connectors were added to allow the battery pack to disconnect for cleaning and storing the vest.

These crimping pliers allow you to easily make your own wiring harnesses using crimp pins and cable housings. We really like …

Several Seuss-style pockets were added to the lining, including one sized for the battery pack. Velcro was sewn onto the bottom seam of the vest to allow for repair and upgrades in the future. 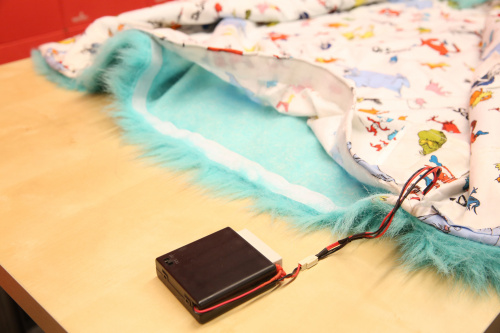 The final result looks great during the day and the night! 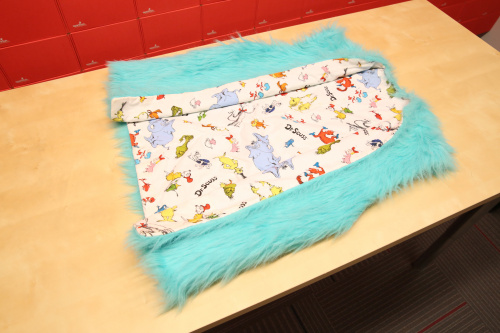 To complete the ensemble, I used extra material to make an accompanying flag to fly behind my tricycle, which also got a light-up fur makeover of its own! 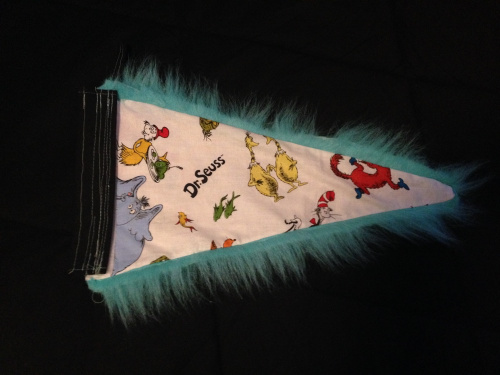 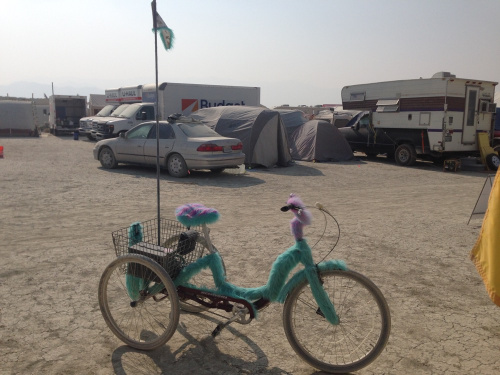 SparkFun Gets Weird for Halloween 2017!