Do you know anyone who made any money patenting something? Thoughts from Democratizing Innovation.

I've been making my way through Democratizing Innovation by Erik Von Hippel. It's a pretty good read about the state of user innovation and 'free revealing' (sort of like open-source). The book reads like SparkFun turned into a statistical study! It's very good, and very close to what we are doing here on a daily basis. 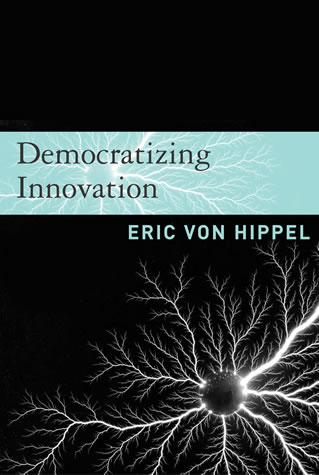 While taking the phone to a local bar, I often get the same question :  "Have you got a patent on that thing?" Hah. No. But this idea of "I've got an idea, don't steal it!" approach to patenting is a bad idea in my opinion. In my mind, a patent is 3-5 years of lawyer pain, and 30-$50k in financial pain. And that's just for the piece of fancy paper. The warchest to actually enforce the patent ranges from $500k to millions.

Chapter 8 - Page 112 "Earlier, when we explored why users might freely reveal their innovations, we concluded that it was often their best practical choice in view of how intellectual property law actually functions (or, often, does not function) to protect innovations today. For example, recall from chapter 6 that most innovators do not judge patents to be very effective, and that the availability of patent grant protection does not appear to increase innovation investments in most fields. Recall also that patent protection is costly to obtain, and thus of little value to developers of minor innovations?with most innovations being minor. "

Bingo! One of the core reasons SparkFun does not patent, is because we believe it won't get us anything. Well, that and we don't think we have anything worth while to patent - but there's plenty of silly people patenting silly things (it's hyper-light-speed, sounds like ridiculous speed).

Chapter 8 - "We also saw that in practice it was often difficult for innovators to protect their innovations via trade secrecy: it is hard to keep a secret when many others know similar things, and when some of these information holders will lose little or nothing from freely revealing what they know."

This is precisely true in our space. SparkFun can't hoard information (trade secrets) because what we do isn't that secret. There's lots of other friends and foes in our world doing all the same electronic hackery.

More from Chapter 8 - "The debate rages. Gallini and Scotchmer (2002) assert that 'intellectual property is the foundation of the modern information economy' and that 'it fuels the software, lifesciences and computer industries, and pervades most other products we consume.'"

Mkay. This sounds like the world as we know it might come tumbling apart if we uproot the foundation of intellectual property. But we (SparkFun) are not doing this. We're simply saying "IBM, you go right ahead and patent your stuff" - we're just going to do our own thing. And, from the bottom up, we'll see what changes. I imagine someday someone will threaten us with a lawsuit. It's certainly not keeping me up at night. But if that day comes, I'll be sure to fill you in on how it goes.

I have a few friends with patents, and it wasn't a pretty process. Does anyone actually know of a patent that is making themselves (or someone very close) any money?

Back to the Future

MAKE: Japan and Some New Products