I made myself into an LED mummy for science. Sort of.

Note: This post was written for the purpose of entertainment and idle speculation only. SparkFun products are not intended to diagnose, treat, cure or prevent any disease or affliction.

My wife and I recently welcomed an adorable new baby into our lives. He started out, as many infants do, with a case of jaundice. Among the remedies the doctors recommended was a fiber optic LED blanket, one that enabled us to facilitate phototherapy on our kiddo, reducing the level of bilirubin in his blood by blasting his skin with blue light. It was simple and easy - we just wrapped him up like a little human burrito in a tortilla of light. It sure seemed to do the trick. 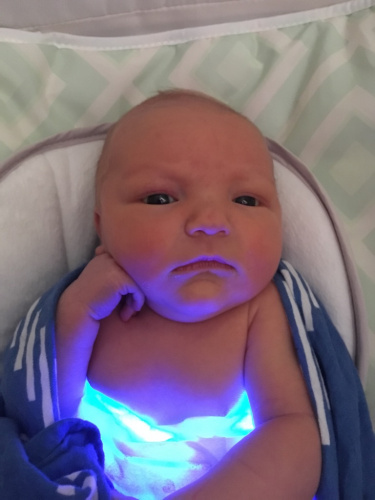 He was, however, unimpressed.

I'll admit, I previously had no idea such a treatment existed, nor even that light of a specific wavelength range could have such remarkable curative powers. I see my child as a member of a bold new generation, one that will deliver mindblowing discoveries and innovations while facing down unprecedented challenges in the century to come. The thought that he entered this world looking like some bionic gloworm was fascinating to me as an artist, a nerd, a parent and, well, just generally someone who likes to fixate on weird things. What can I say, a new rabbit hole had opened up and I gleefully tumbled down, scouring the web to learn about various forms of phototherapy - proven, experimental and otherwise. 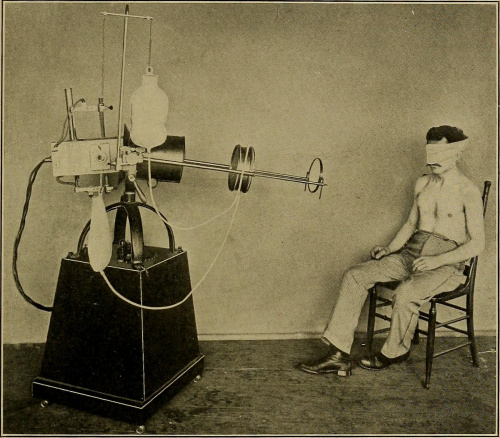 This led me to red LED phototherapy. I’ve dealt with severe rosacea most of my life, and while it’s more controlled now than it has been in two decades, it’s still far from perfect. I’ve tried a ton of remedies through the years, but never before had I been nudged in the direction of phototherapy. While blue light therapy has been demonstrated to be very effective in the treatment of jaundice, the effectiveness of red light in treating a variety of ailments seems to be a far more complex - but certainly compelling - subject.

Naturally, a great deal depends on what you’re attempting to treat and what technology and methods you’re employing. NASA in particular has conducted pioneering studies into the use of LEDs for biostimulation. I’m no astronaut, but figured I’d give it a shot all the same. Some dermatologists have tanning-booth style boxes you close yourself into, or for upwards of $500 you can buy a special mask, but those options seemed like far too much hassle and expense. I work at SparkFun - surely, I thought, I can DIY this business.

I started by combing our website to compare the various red LED products we offer and see what might the best match for my face. EL is bright and flexible, sure, but it seemed uncomfortable and a bit too high-power for my personal tastes. I didn’t want to zap my nose from a short. I was also concerned about too much heat. LEDs strips were intriguing, but these LED ribbons seemed just what the doctor (that doctor being me, who is not actually a doctor) ordered: 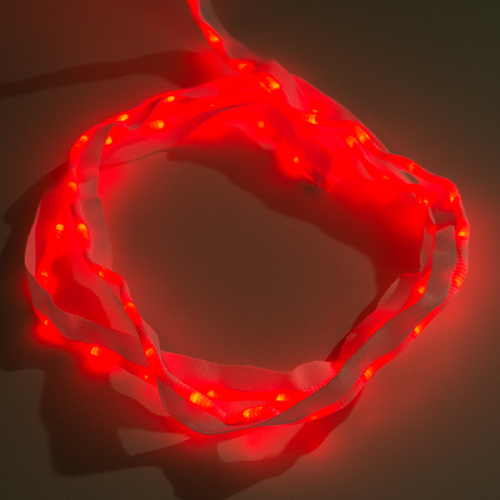 Covered in cloth, they’re soft and cozy, and all you need to power them is a few coin cell batteries. Target wavelengths in many commercially available red LED therapy devices tend to be in the 630 to 680 nm range. Inolux says the red LEDs on their ribbons have a dominant wavelength (Wd) of 624nm and a peak wavelength (Wp) of 632nm. Good enough? 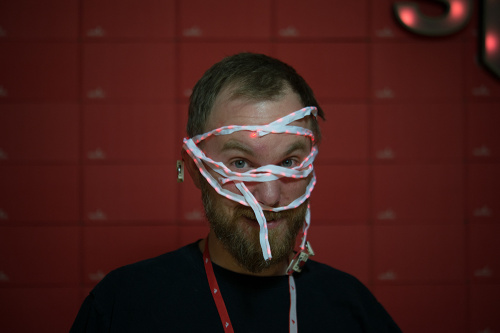 My initial solution is, let’s say, inelegant. Now, I know what you're thinking - it looks like all I did was wrap my face in LED ribbons like a mummy. In fact, there’s a lot more to it than that. You see, first I hastily soldered coin cell battery holders to said LED ribbons. Then I wrapped my face in them. 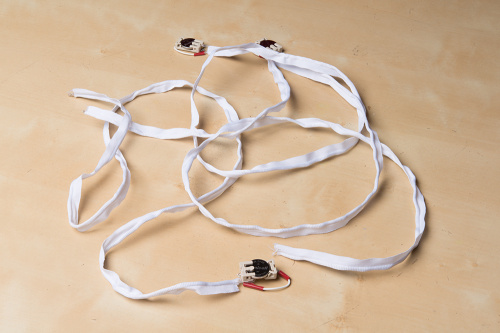 Okay, sure, it’s not technologically sophisticated, but that’s a nice thing about these LED ribbons - they’re super easy to use. They're also extremely flexible; I double knotted them in the back of my head and they stayed on great. I recommend looking at our Product Showcase video for more tips and tricks. You may also find our Working with Wire tutorial helpful when it comes to soldering the little stranded core wires on these things. There’s a lot of great advice there that I probably should have heeded (and some that I did).

Did I alleviate my rosacea? Probably not. Did I freak out my coworkers? Maybe a little. This was no easy task - SparkFun employees tend to have a pretty high threshold for weird.