Let's take a close look at all the new updates for Artemis that have recently been released!

It's been a little over a month since we officially released our FCC-certified version of the SparkFun Artemis Module. Three RedBoards were released along with it: The RedBoard Artemis, the RedBoard Artemis Nano, and the RedBoard Artemis ATP. A few weeks after, we were able to release two additional boards that utilize the open source module - the Artemis Thing Plus and the Edge 2 - bringing six unique options to interface with Artemis! So what's new? Well, we're happy to let you know that we have two new updates that were pushed yesterday afternoon, and a planned date for an Edge 2 update! 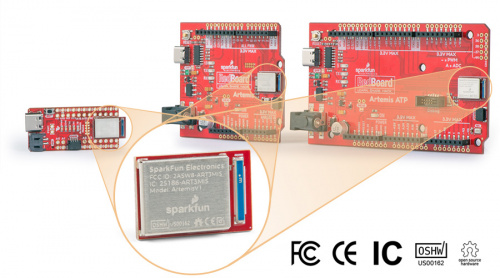 You can check out all these features in our newsletter. Feel free to poke at the code as well! We've included examples for all the features of the Artemis in our Arduino Core.