It hasn't been quite a decade since the release of the Raspberry Pi platform, but it was definitely the hardware project that dominated the 2010s for us. For today's post I'd love the reminisce and review the big story.

In a pre-cursor I doubt anyone reading this needs, Raspberry Pi is a foundation out of the UK that produces a set of ultra-inexpensive computers capable of running operating systems at previously-unheard-of pricing. The boards these days range in price from $10 to $60. They marked a resurgence in the phrase "single board computer," and have become a new benchmark in performance for a number of incredible uses.

For me, the Raspberry Pi had an interesting effect: my friends suddenly understood what I did. Working at SparkFun during the time right before Raspberry Pi was somewhat frustrating in terms of explaining it to friends and family. Arduino had reached full swing, IoT was this new, exciting concept, we were lowering the barrier to entry for hobbyist and prototypers alike... yet this was all incredibly difficult to explain to anyone outside of electronics. When people asked what SparkFun did, I would say we're the land of misfit toys. But the Raspberry Pi somehow put what SparkFun does into context. I was able to relate what I did to things people saw on the Internet (doesn't sound too monumental but it really makes thing click in folks' heads).

At first, SparkFun saw it as too good to be true. After all, it's a lot for $35, even eight years later. We definitely were a little late to the party in adopting the platform, but when we did bring the platform into the catalog, it was incredible to see all the uses. Of course the main goal was to get the power of a PC into as many students' hands as possible, a goal that was achieved and more. But it soon grew to a level I'm sure the foundation had no intention of reaching.

One of the other major themes of tech in the 2010s was cryptocurrency. With needs like distributed ledgers and mining, the $35 Linux box that is the Raspberry Pi was definitely going to come into play. The Raspberry Pi made early crypto-mining (and some alt-coins) accessible for anyone who wanted to get into it. When you had your crytocurrency, where were you going to put it? A Raspberry Pi-based wallet! I even heard rumors of large-scale crypto-mining operations consisting of thousands of Raspberry Pis. Either way, it's clear both trends helped in the other's success. 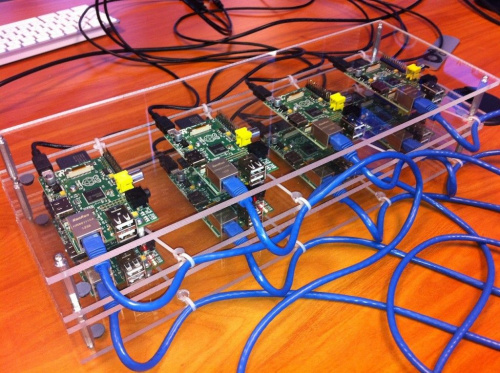 PC gaming is a $135 billion dollar a year industry. While not as powerful as its full sized counterparts, the Raspberry Pi became a big part of PC gaming with the ability to run popular games like Minecraft, and also acts as an emulator for retro gaming. Of the latter, the RetroPie project became the most popular way to play your favorite games from the early years of gaming. Because the Pi gives access to pins that allow you to control hardware peripherials, you can get very creative with your controllers. In addition to creating things like aviation cockpit simulators, this has benefits in the adaptive gaming world as well.

One use of the Pi platform you probably have seen less fanfare about is its impact on the research world. Raspberry Pi has made an excellent platform for collecting and storing data. The same could also be said about most of the microcontroller or microprocessor-based boards, but Raspberry Pi gained extra traction, perhaps due to its focus on education or the power it can provide. One specific project that stands out is using Jupyter Notebook for Open/Citizen science in areas like earth and environmental sciences.

This is where this article goes to purely the opinion of the author. But a fear (loose term) that I have about the most popular use for the Raspberry Pi has been collecting dust on a shelf. The Pi is/was groundbreaking and at a price most people could afford as an impulse buy. Everyone wanted a $35 computer when it came out, but not everyone knew what they wanted to do with it.

I have many conversations around the Pi that include statements like, "Yea, one day I want to do 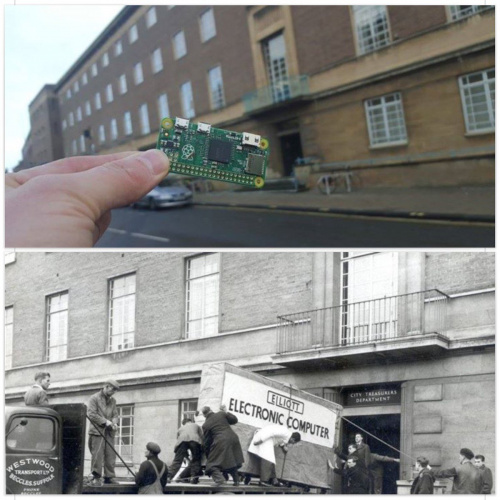 In eight years' time, the uses and projects around the Raspberry Pi have become almost endless. The power of the boards themselves and the community sourced documentation online has become nothing short of incredible. There's something for everyone there. If I'm being completely honest, I too fall under the previous section and have a Pi sitting around waiting for me to create a smart mirror. Perhaps this is the weekend for that.

I want to encourage everyone to add their favorite projects they've seen or done in the comments below. There's such a wide array of uses for the Raspberry Pi, how did you use it in the 2010s?

Register Today for the "Meet the Engineers" Webinar