The Next Industrial Revolution

A thought-provoking article from Wired and a project from one of our own! Wired Magazine Editor-in-Chief Chris Anderson wrote a pretty interesting article entitled "In the Next Industrial Revolution, Atoms are the New Bits." He actually mentions SparkFun a few times, but that's not really the point. The article is a nice look at the maker revolution and shows how the projects you are working on in your tinkering room can actually be pretty darn important. Worth a read for sure! 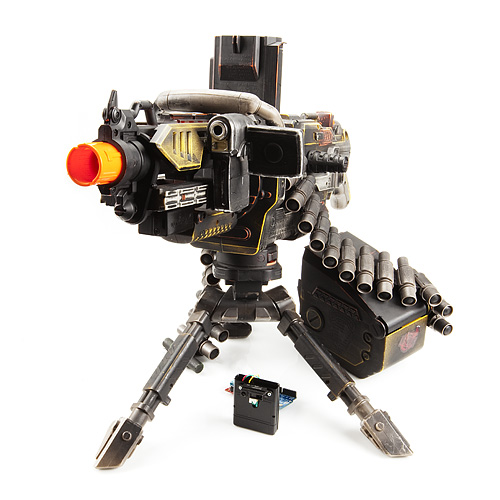 We also have a pretty fun project coming from SparkFun tech support guru Tim. If you're anything like other guys around my age (20-somethings) NERF guns were very much a part of your adolescence. They were simply awesome toys, at least for the first day you used them and then lost every dart.

Well, Tim took a fairly standard (read: ultra rad) NERF gun and outfitted it with a proximity sensor, an Xbee, and some clever mechanical engineering bits to unleash a flurry of foam darts of unsuspecting victims. Perfect for sneak attacks on your friends, your dog, or your girl/boyfriend (maybe not the best idea though). We'll get some video of this up shortly. Read more about Tim and his project on his website. Good work, Tim!

The Mystery Tube and a Surprise for Nate