Check out this project from Dwight Eppinger, the Interactive Marketing Manager at Copper Mountain Ski Resort.

Dwight Eppinger is the Interactive Marketing Manager at Colorado's Copper Mountain Ski Resort. Essentially, he has the coolest job ever, as he gets to float between working on Copper's cool marketing campaigns, playing with electronics, and hitting the slopes. Dwight figured out a great way to fuse electronics with his job, creating a unique system to keep ski patrol and the folks on the slopes updated on the condition of ski runs. During the beginning stages, it looked a little something like this: 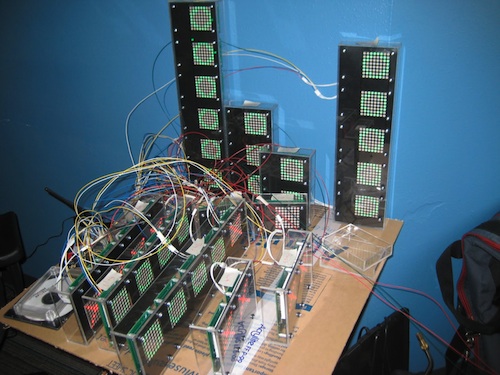 That's a lot of wires! Dwight is using some LED Matrices, an Arduino board, XBee, and a host of other parts to build his system. Dwight installed his system into signs to create a status board and map of the ski resort. 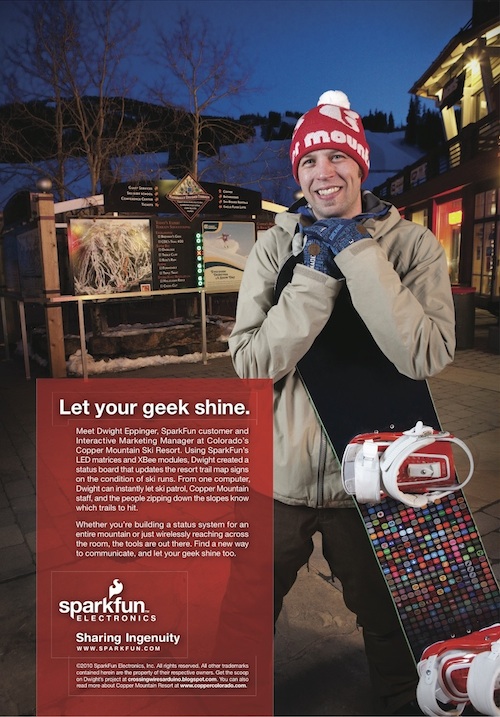 We liked Dwight's project so much, we put him in one of our ads! We packed up our gear and headed to Copper Mountain to shoot the photo which you may have seen in your favorite magazine (or even in the electronic version of Wired - check out around the 2:57 mark of this video). Here's a little "behind-the-scenes" footage of the photoshoot and an interview with Dwight!

Awesome work Dwight! Read more about Dwight and his project at his blog.

Automatic Light Switch on the Internet of Things