We're back again this week with even more new products.

Hello again and welcome to another Thursday new product post! As promised last week, we will continue doing a video talking about our favorite picks for the week - and here they are:

Let's take a look at the long list of products for this week. 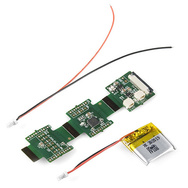 I know we all thought there would be flying cars and time travel in the year 2010, but there isn't. The scientists of the world have been hard at work trying to create black holes, solve the problem of hair loss, and develop cell phones with every feature imaginable (except for a functioning antenna). But, at least we have flexible circuit boards. Finally! The Seeeduino FILM is an Arduino built onto a flexible circuit board. Now you can easily embed electronics into clothing or wherever else you can imagine a need for a flexible circuit. 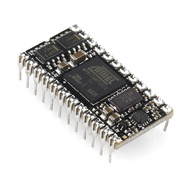 The Netduino Mini has finally arrived! The Netduino has been a very popular board and now we are carrying the Netduino Mini, which is a smaller form factor .NET development tool. With the same microcontroller as the Netduino, it has many of the same features but in a much smaller package. 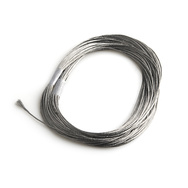 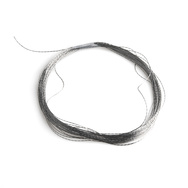 If you haven't figured it out yet, we are pretty excited about wearable electronics, or E-Textiles. In addition to our standard conductive thread, we've added three new varieties. We have it in thin, thick and extra thick and all three are heavier than our previous conductive thread. Sew, if you're looking for a sturdier thread, check them out. Also, you might want to look at the video for this week to see a comparison of all the threads we carry. 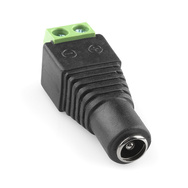 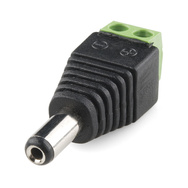 These DC barrel jack adapters are a personal favorite of mine. Every time I prototype something on a breadboard I'm looking for an easy way to connect the barrel jack on my power supply to the breadboard. These jacks allow you to do exactly that. One side has either a male or female barrel jack and the other side has labeled screw terminals. Throw a few in your parts bin and save yourself some frustration the next time you find yourself soldering a wire to the end of a barrel jack. 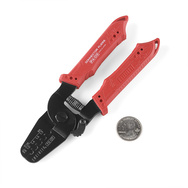 Using cable harnesses makes a project look professional (if you care about such things). But crimping the little pins can be a pain unless you have an appropriate tool. Thankfully, we now carry such a tool! Our new crimping pliers can crimp most of the standard pins used in cable assemblies. A similar set of crimpers from JST can be more than $400! We found these pliers to be very high quality at a great price and they get the job done. 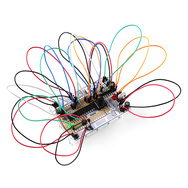 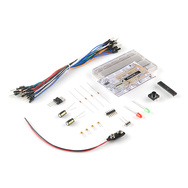 Now that you've mastered the basics of Arduino, maybe you should try your hand at making your own Arduino on a breadboard. It's not as hard as you might think and with the Arduino Breadboard Kit you'll have everything you need. We include all the components you need, a breadboard, a breadboard overlay, and an ATmega328 preloaded with the Arduino bootloader. The included instructions will guide you through the steps of hooking up your very own Arduino. 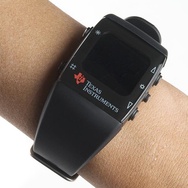 It seems that ever since the late 70s all new technologies needed to end up on a watch to be viable. There was the calculator watch, the television watch, and then the cell phone wrist watch. Now we have the TI eZ430 Development Watch. Essentially, it's a full development platform that fits on your wrist. It includes an accelerometer, temperature sensor, altimeter, wireless interface, and more. Check out the Chronos Wiki for more information. 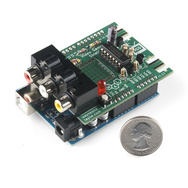 So now that you've figured out how to blink an LED, what's next for your Arduino? Sure, you could read some sensors, control some motors, or give your wife a present she won't soon forget. But you probably just want your Arduino to play Asteroids or Pong. Well, you're in luck! The Video Game Shield turns your Arduino into a classic black and white video game console. With plenty of examples and libraries, you will be pew-pew-pewing in no time! 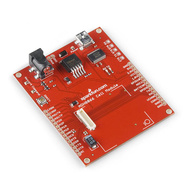 As promised, we now have an evaluation board for the ADH8066. The evaluation board includes the basics needed to start using the ADH8066 cell module. We've included a power regulator, USB UART, power jack, and a connector for the module. Now you don't have to worry about soldering the difficult 50-pin connector. 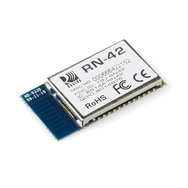 We have a new Bluetooth module that is a good alternative to the standard RN-41 that we've been selling for years. We've used the RN-41 on the Bluetooth Mate, BlueSMiRF, and many others. The RN-42 Bluetooth module is essentially the same as its bigger brother, but with less range and lower power consumptions. So if you don't need the range, the RN-42 is a nice economical solution. We will have a breakout board coming very soon! 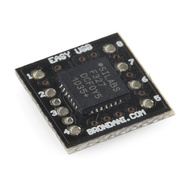 The EasyUSB is a simple board which allows you simple access to a USB file system. It shows up as a mass storage device on most operating systems, so you don't have to worry about complex interfacing with your data. Check out the datasheet on the product page for more features. 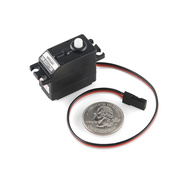 Although there might be some quibble whether or not this is actually a servo motor, we are calling it one. This motor has a servo interface, but spins continuously, allowing you to use it for controlling robot wheels or anything else that you need to control in the same manner as a servo. This medium servo is a slightly smaller and less powerful version of our large full rotation servo. 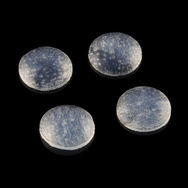 Now that you've completed your turbo encabulator, wouldn't it be nice if it didn't slide all around or leave scratches on your desk? These little silicone bumpers are fantastic to have around and stick to the bottom of just about anything. Sold in packs of 4, you can stick them to your enclosure or just to the bare PCB. 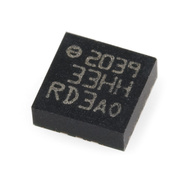 The LIS331HH is a new ultra low-power triple axis accelerometer. This thing is tiny! It measures a mere 3x3x1mm and in low-power mode draws only 10uA. It also has a selectable range of +-6g/+-12g/+-24g. 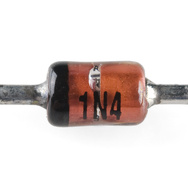 Although the above picture looks more like some sort of futuristic energy capsule, it's just a close-up photo of a zener diode. Zener diodes come in handy when you need either a reference voltage, or just a small amount of current with a stable voltage. We now carry 5.1V zener diodes which can be quite useful to have around. 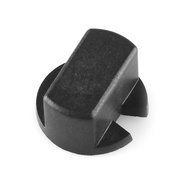 A few weeks ago we announced the rotary DIP switch. Some of you asked for a knob, and here it is! It fits perfectly and even has a small slit so you can see the switch's current position. 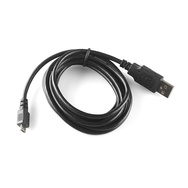 It seems that the micro USB connector is gaining some popularity. They may look pretty similar, but they aren't the same connector. We now have a standard 6' microB to USB A cable. Newer cell phones and a lot of portable devices are now starting to use these cables. We've also seen a few development boards using this cable as well. 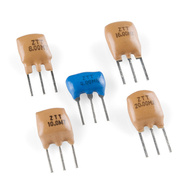 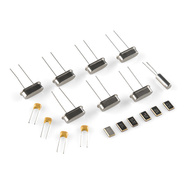 There you have it. Those are all the new products we have for this week. As always, join us next week for another video and even more new stuff. See you next week!