Just in time for the growing season.

First off, a heartfelt thank you to everyone who made it out to the AVC (or followed it on the internet). Despite the unsavory weather, the turnout was great and the event was the best yet! We have about 50 GB of video and a few thousand photos to sort through. We'll be posting up a full recap with photo and video later this week. Today, we are going to be talking about a cool project from SparkFun customer Andrew Frueh - the GardenBot.

If you're anything like me, gardening doesn't exactly come as second nature. My thumb is decidedly not green. This system, which Andrew has named GardenBot, is an entire gardening network that monitors your soil and creates charts that allow you to see the world the way your plants do.

The entire system is built around "modules" - things like "The Brain," "Garden Station," and "Soil Moisture Sensor." Each module has a specific function, which allows you to build a custom system for your needs. You could potentially implement a "Soil Moisture Sensor" module with a "Water Valve" module and have your plants watered only when they need it. 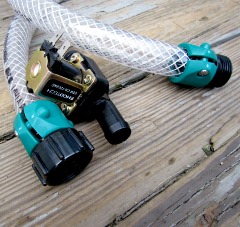 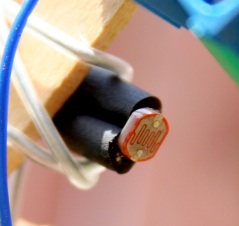 The Water Valve System module and the Light Sensor Module.

There is a ton of information on the GardenBots website (Andrew has done a fantastic job of documentation) so if you are interested in designing your own system, the info is there. Great work Andrew!

The AVC Is Today