While the media team is away, Nick and Dave take matters into their own hands for a unique new product post.

Since our talented videographer Gregg is out of town at a conference this week, Dave and I decided to shoot the video ourselves. It turns out that producing these videos is no small task, but in Dave's words: "It's Friday, we can't not do a product post".

Come to think of it, we probably could have just asked for the key to the media closet. Oh well. Special thanks to Todd in IT for standing in as 'man behind the lens,' he's much more skilled at wielding a camera than we make him seem. And I'm sure you'll be relieved to know that Gregg will be back next week and we'll be returning to our regularly scheduled programming. You'll also notice the images aren't quite as good as usual - our photographer Juan is with Gregg at the same conference. We'll get those updated when he returns next week as well!

In the meantime, let's have a look at this week's new products. 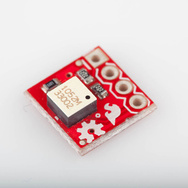 The RPI-1031 tilt sensor is capable of sensing a change in orientation. It's different than an accelerometer (I said 'gyro' in the video, I meant to say accelerometer...I'm blaming the makeshift production crew) because an accelerometer can detect the angle at which it's tilted, whereas a tilt sensor can only tell you whether or not it's tilted at all. By reading the signal of the two output pins, you can tell if your project being tilted in any of four directions: forward, backward, left or right. Because of its size, the RPI-1031 can be difficult to prototype with, so we're introducing the Tilt-a-Whirl Breakout Board. It breaks out all of the necessary pins out to standard 0.1" spaced headers and makes it easier to work into your next project. 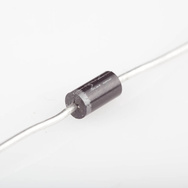 Schottky Diodes, named after the physicist Walter Schottky, are known for their low forward voltage drop and very fast switching action. These 1A 40V diodes are recommended for use with motor driver circuits. 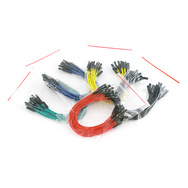 It seems like no matter how many jumper wires you have, you never have enough. That's why we now carry both male to male and female to female jumper wires in packs of 100! Male to Male Jumpers are great for prototyping on a breadboard and Female to Female Jumpers are perfect for connecting all of those breakout boards that you've already soldered male headers to. Both configurations of jumper wires are 6" long and come in packs of five different colors.

Well that's everything for this week. Sure, it isn't exactly a truckload of new products but we have even more good things coming soon so check back next week. Meanwhile, enjoy your weekend and I'll see you next Friday!