Check out this contest from Dangerous Prototypes!

The folks over at Dangerous Prototypes are hosting a cool contest called the Open Logic 7400 Competition. Entries are due by October 21st, 2011 so now is the time to get started! The rules are fairly straightforward - here they are: 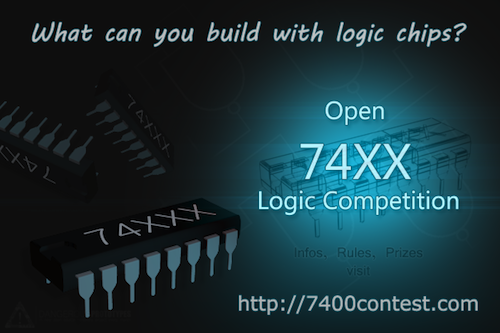 Entries will be judged for:

This is a great competition with some awesome prizes (the grand prize is $100 cash, and a Dangerous Prototypes “Hack Pack” with a Bus Pirate, LCD adapter, probe cable, and jumper wires). Get your entries in now!

EEWeb sits down with Mike Hord