This week we play some pranks with our new products.

The winner of the March caption contest is Nerdrobin! Congratulations - you win the "Hacker On-the-Go" wishlist! 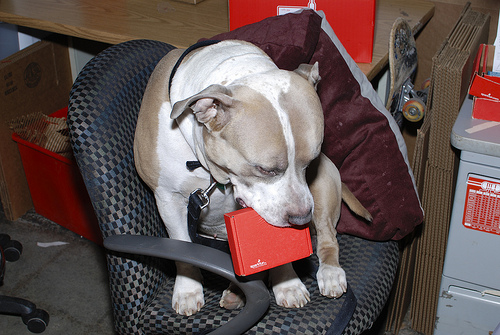 What do you mean I can't eat it? You said there were chips in this box!

We're back, and it's time to have some fun. It's been awhile since we pulled a good prank on anyone and this week's product selection was just screaming to be used in a prank. Check out the video and see what we did.

If you need the Vimeo link, check it out here. The 'Oh Fudge' is one of those great products that is great in theory, easy in execution, and just plain ridiculous in reality. With the lid open, it scares the fudge out of you, even if you know it's coming. It was a bit hard to prank people with it since most people are wary when cameras are around. That and every time it went off, you could hear it in the entire building and even outside. They're seriously loud. 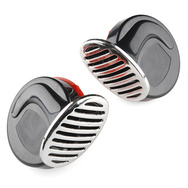 We couldn't have made the Oh Fudge without these car horns.  We could have, but I don't think the sound of a relay clicking on would scare anyone. This is another one of those products that is just cool to have on your project. They're easy to use, loud, and look cool. 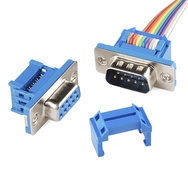 Ribbon cables are a good way to make multiple connections in a clean way. With slight modification (removing a single wire), our 10-wire ribbon cables can be used with these DB9 connectors. We have them in male and female versions. They even have a handy strain relief that allows the ribbon cable to exit straight or at a right angle so your project can look clean and tidy. 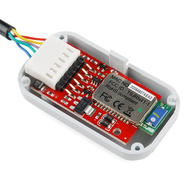 Back at the Viking Funeral, we sent the old version of the Rootooth on a ship and lit it on fire. We've since revised the product to include a much easier cable assembly which made all of production happy. The RooTooth is a Bluetooth connection for your Roomba robot. Just don't tell anyone you're hacking the Roomba, people may misinterpret your intentions. 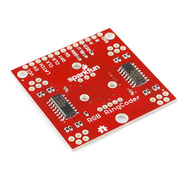 We have a new version of the RingCoder Breakout. This time we've added some current limiting resistors and made it compatible with our RGB rotary encoder. When coupled with the rotary encoder and the circular LED bargraphs, it makes for a flashy input device. 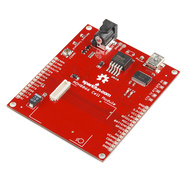 This week the ADH8066 Evaluation Board got an update. We've added pull-down resistors to the LED and moved around some stuff so it's now compatible with hardware flow control. 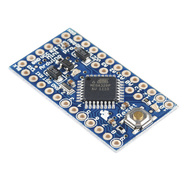 Our classic Arduino Pro Mini even gets an update this week. We've heard the cries and we've added ADC6 and ADC7 as well as footprints for the optional I2C pull-up resistors! And we still kept it the same size. It's the same board you know and love, but with the extra pins, it's better than ever. It still maintains its footprint and layout, so you can still drop the new ones into your old designs. 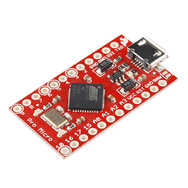 Now, in addition to the 5V Pro Micro, we have slower, but still loveable sibling, the 3.3V Pro Micro. If you love the Pro Mini, but want USB on-board, check out the Micros. They've got a lot of cool features, and fit into just about anything.

Well, that's all I've got for this week. Thanks for reading and we hope you appreciate the shenanigans. We had a good time making the video and playing with the Oh Fudge! I just saw a few things coming up next week that should be pretty cool so as always, check back next week! See you then.