Solid State Depot and the Future of Farming

Boulder Hackerspace autoponics project gets love from CU and NASA

In December 2010, Boulder's Solid State Depot started brainstorming ways to address the issue of how to keep agricultural output on pace with the insatiable demands of global population growth. They started designing and building a garden based on autoponics -- the cybernation and automation of every aspect (seed, harvest, distribution, etc) of food production -- so basically, robot farmers: 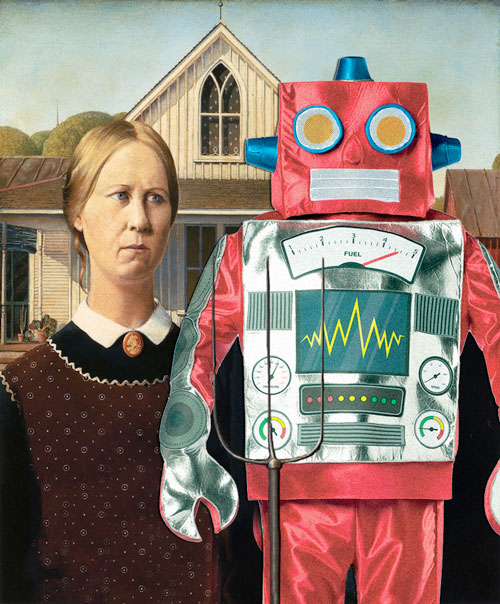 The future is now.

After a year of working out the kinks, and thanks to some awesome hackers/students, the group was given a grant by CU to collaborate with the Correll Lab to make the project a reality. Seeds were planted in early March in a garden run by a system of water pumps and light sensors, with a high-res webcam for visual data. The system monitors the plants' needs and growth stages, and alerts the team through a web interface when the plants are ready to harvest.


This video shows a trial run of their autoponics camera system.

Last week, the project team was chosen as one of five across the country to participate in NASA's 2013 Exploration Habitat (X-Hab) Academic Innovation Challenge. With a $40,000 grant, over the next academic year the university team will focus on Remote Plant Food Production Capability. So someday, thanks to Boulder Hackerspace ingenuity, we might be growing lettuce like whoa on Mars. Pretty impressive stuff, and a lot of hard work from Solid State Depot!

You can read more about the Autoponics project here (there's even a live video feed, where you can literally watch the plants grow). Solid State Depot holds a weekly public meeting on Tuesday nights, and the group encourages new members to join in the hackerspace movement! Or, if you're not in the Boulder area, check out the Hackerspace Wiki for a group near you! Happy hacking!