Working here at SparkFun Electronics, I find that many of the projects I stumble across arise out of a need. Sure, there are a lot of projects that are just created for plain ol' fun, but most of the projects I see answer the question, "How can I solve this problem in a better way?" Onyx Ashanti, professional beatjazz musician, built his project to solve a problem he was having. The results are pretty cool.

Ashanti is a U.S.-born musician living abroad in Berlin. After years of playing traditional instruments, he decided he wanted to start exploring electronic music. So he picked up a wind-midi controller and interfaced it with a synthesizer. This was a big step, but he wasn't satisfied. He felt restricted - felt he had inner creativity he wanted to get out, but just couldn't do it through his current instrument. So he decided to invent his own. 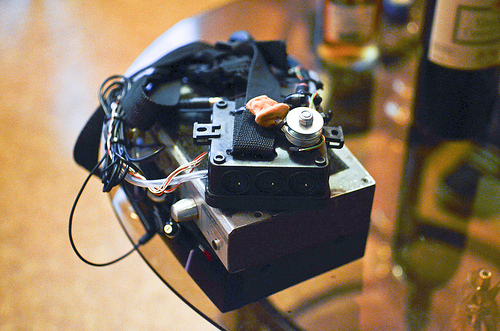 His background in electronics was limited, so he ordered an Arduino and started searching the web for any information he could find. He devoured tutorials, example code, project examples - anything that would help him realize his invention. When he learned about the Arduino Fio and XBee, he decided to make his instrument wireless. It would be part wind-midi controller, part saxophone, and part keyboard. He wanted the music to be controlled not only by how he blew into the mouthpiece, but how he moved, so he incorporated accelerometers. 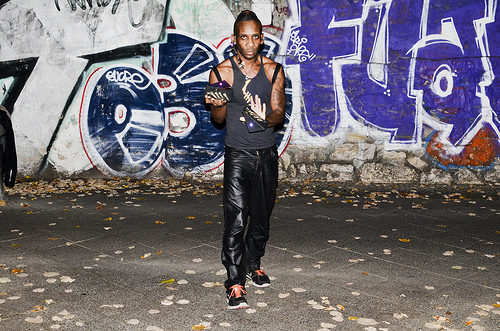 Onyx, who has no engineering degree or formal background in electronics, wanted a way to create music "outside the box." Rather than shrug his shoulders and say, "There's just nothing out there that fits what I want," he set out with a goal in mind and learned, worked and tinkered until he had exactly the thing he was looking for. Onyx found a way to let his geek shine.

How have you let your geek shine? Do you know anyone who invented their own instruments? Let us know in the comments section below. To learn more about Onyx and his electronics journey, and to see a wishlist of the parts he used, check out this page. To submit your own project to be featured here on SparkFun, check out our project call.