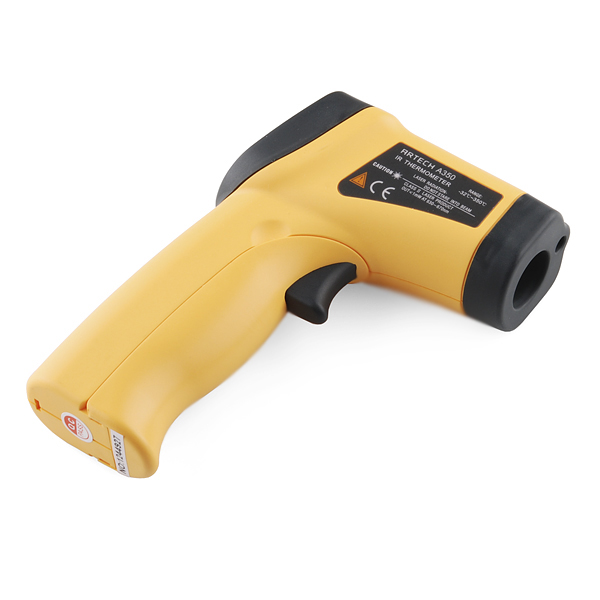 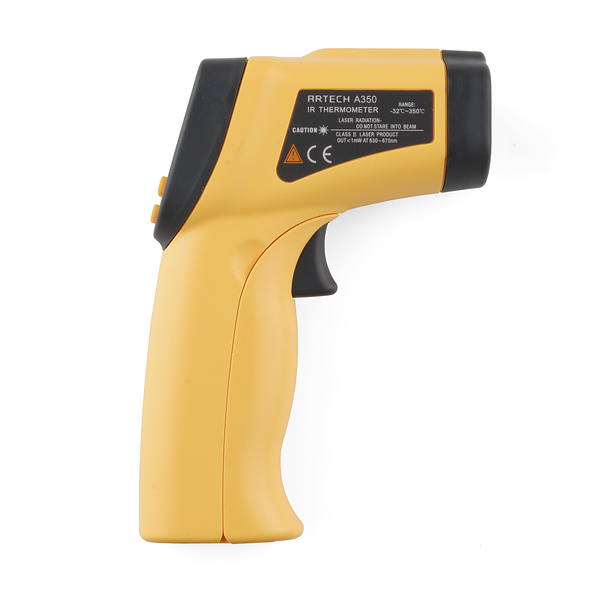 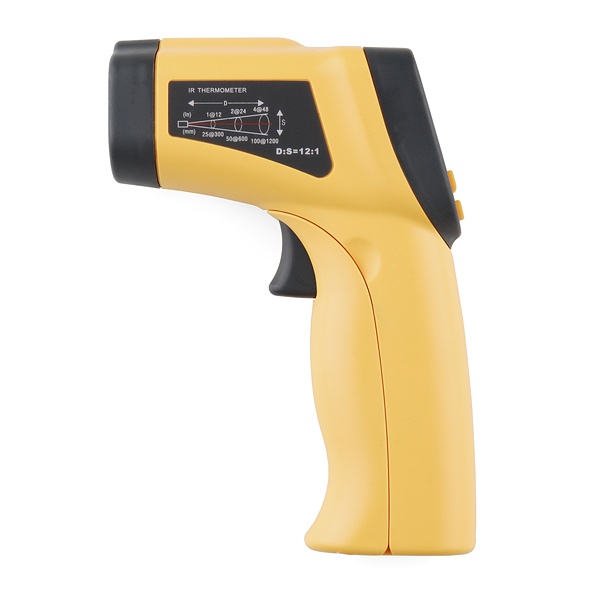 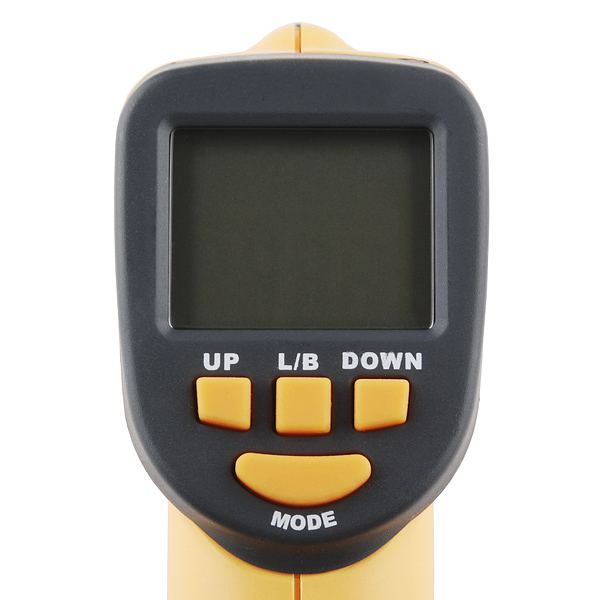 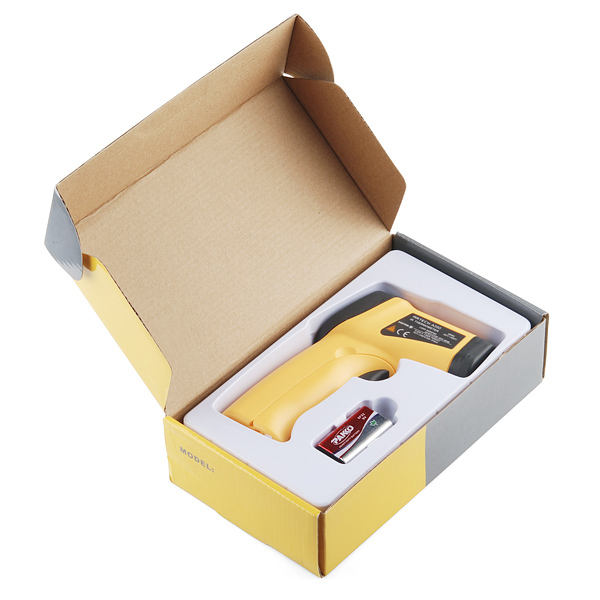 This non-contact infrared thermometer makes it a breeze to take quick and accurate surface temperature readings without getting too close for comfort. Laser sighting ensures that you're pointing at the right spot: Simply pull the trigger and line up the laser dot where you want to measure the temperature. The temp gun also has adjustable emissivity compensation for measuring the surface temp of more or less radiant objects.

about 6 years ago by Member #853770 verified purchaser

Works as advertised and easy to use. Have used it to check heat sink temperature in a electronic load design.

about 3 years ago by Member #884456 verified purchaser

It's quick, has nice settings, comes with the required 9V battery, and has several settings. Fun to point at random things to measure their temperature.

The laser can be turned on/off, which I think is a really useful feature.

I've wanted one of these for a long time, but all of them I've come across had too wide a field of view, weren't very accurate, or had fixed emissivity. This one fills all my requirements, and the price is good. Highly recommended.