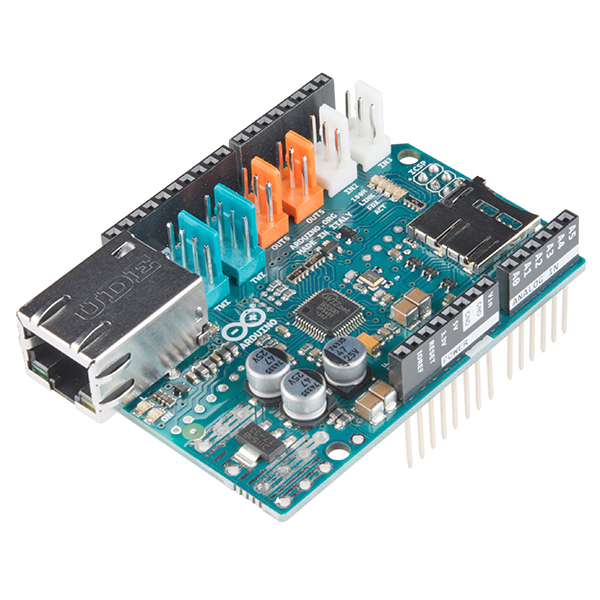 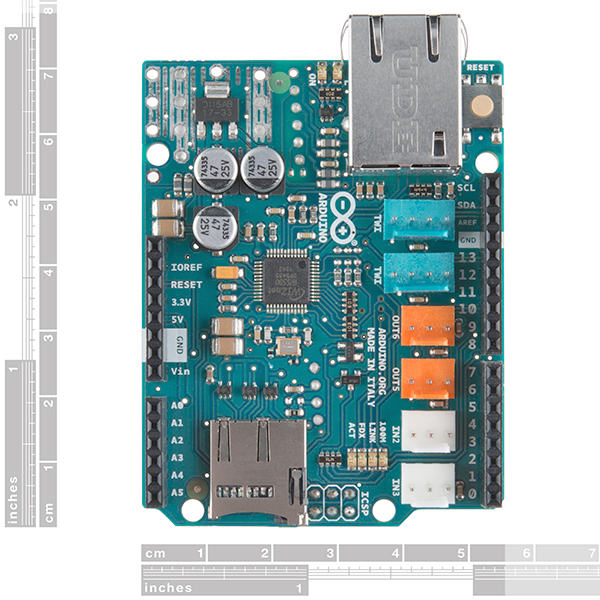 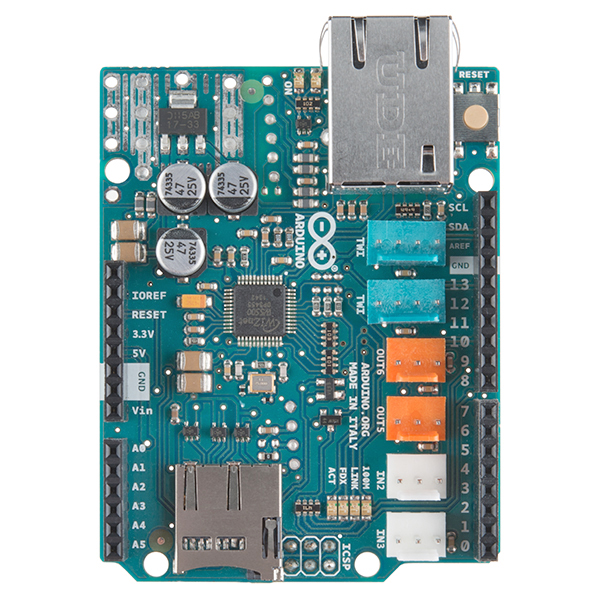 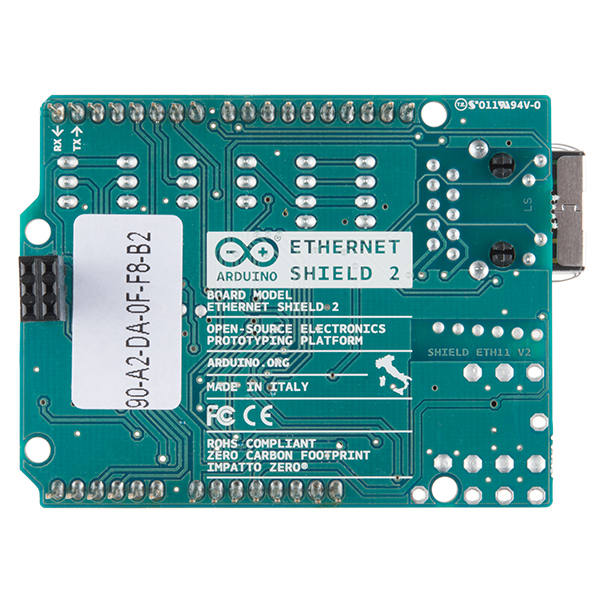 The Arduino Ethernet Shield 2 allows an Arduino Board to connect to the Internet. It is based on the Wiznet W5500 Ethernet chip. The Wiznet W5500 provides a network (IP) stack capable of both TCP and UDP. It supports up to eight simultaneous socket connections. Use the Ethernet library to write sketches that connect to the Internet using the Shield. The Ethernet Shield 2 connects to an Arduino Board using long wire-wrap headers extending through the Shield. This keeps the pin layout intact and allows another Shield to be stacked on top of it.

There is an onboard micro-SD card slot, which can be used to store files for serving over the network. It is compatible with the Arduino Uno and Mega (using the Ethernet library). The onboard micro-SD card reader is accessible through the SD Library. When working with this library, SS is on Pin 4. The original revision of the Shield contained a full-size SD card slot; this is not supported.

The shield also includes a reset controller, to ensure that the W5500 Ethernet module is properly reset on power-up. Previous revisions of the Shield were not compatible with the Mega and needed to be manually reset after power-up. The most recent revision of the board exposes the 1.0 pinout on rev 3 of the Arduino UNO Board. The Ethernet Shield 2 has a standard RJ-45 connection, with an integrated line transformer and Power over Ethernet enabled but please be aware that this shield does not come with a built in PoE module. The PoE module that you will need is a separate component that must be added on. This shield also features several TinkerKit input/output and communication interfaces that can be found on the topside of the board.

Make sure you're running Arduino IDE 1.7.6 or later!

about 5 years ago by Jonnerd verified purchaser

Great board, as good or better than previous versions.

If you're having trouble getting this to work, make sure you're using the Ethernet2 library, which ships with Arduino IDE 1.7.6. You'll find the example code in the Examples menu and it should work right out of the box.

Newest versions are at: http://www.arduino.org/software . Arduino.cc is behind the times, offering 1.6.5 at the time of this writing.

about 5 years ago by Member #807645 verified purchaser

The hardware is great - it arrived quickly and works well now that I have the right library.

about 3 years ago by Member #545396 verified purchaser

FYI, it doesn't work with the stock Ethernet libraries that come with the Arduino IDE. They don't support the W5500 chipset, so you need to find/download newer libraries that do. Once I did that it worked great.

about 5 years ago by Member #133110 verified purchaser

Setting up mini-server for test purposes. Samples gave me a good start. The file support on SD is a great feature. I mated it to a Mega board.

about 5 years ago by Member #731114 verified purchaser

It´s amazing product for the proyects