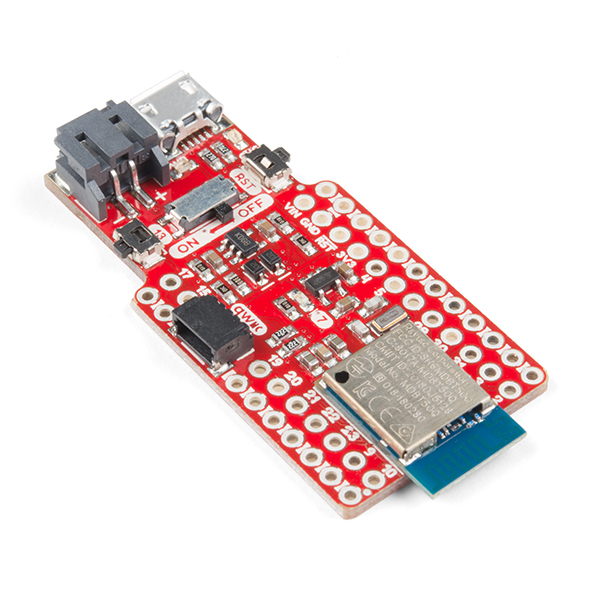 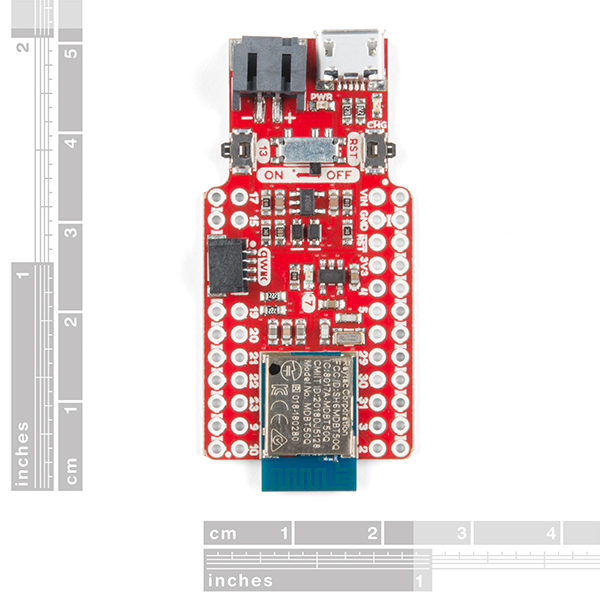 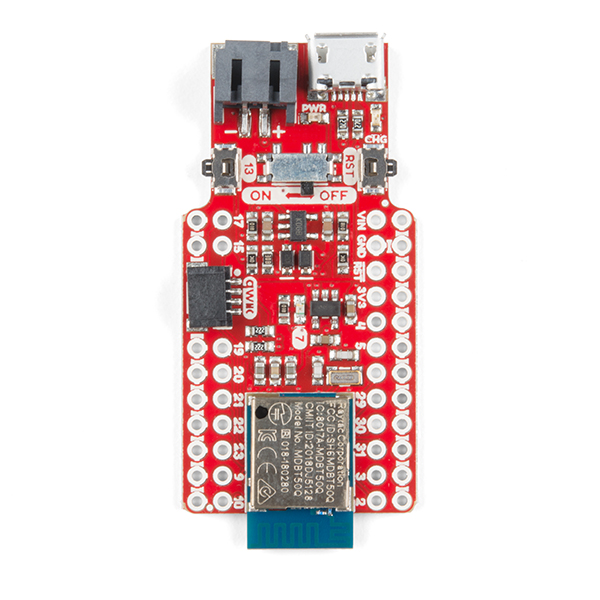 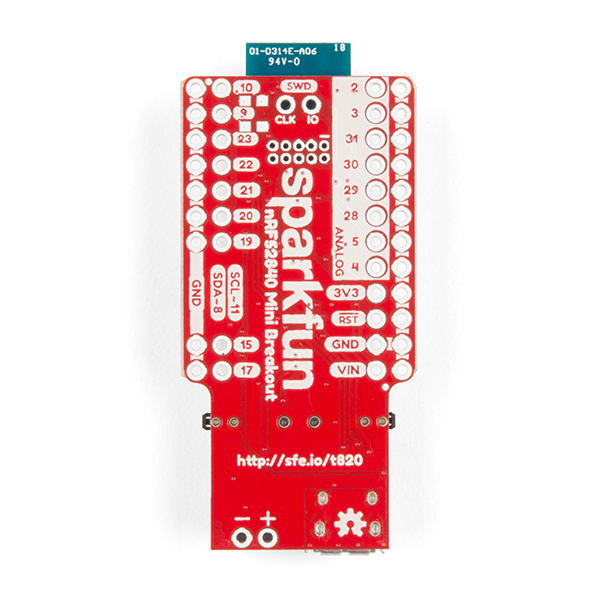 The SparkFun Pro nRF52840 Mini is a breakout and development board for Nordic Semiconductor’s nRF52840 – a powerful combination of ARM Cortex-M4 CPU and 2.4GHz Bluetooth radio. With the nRF52840 at the heart of your project, you’ll be presented with a seemingly endless list of project-possibilities in an incredibly small package.

Our mini development board for the nRF52840 breaks out most of the critical I/O pins including GPIO and those needed for power while maintaining a small footprint that nearly matches that of the Arduino Pro Mini (except those covered by the Qwiic Connector). It features a USB interface (using the nRF52840’s native USB support), which can be used to program, power, and communicate with the chip making it able to be used for any purpose (UART, I2C, SPI) that those of the Arduino Pro Mini could. The Pro nRF52840 Mini features a Raytac MDBT50Q-P1M module. This module connects the nRF52840 to a trace antenna, fits the IC into an FCC-approved footprint, and also includes a lot of the decoupling and timing mechanisms that would otherwise be required for a bare nRF52840 design. Also included onboard is a LiPo battery charger, a Qwiic connector, an on/off switch, a reset switch, and a user LED/button.

The board comes pre-programmed with a USB bootloader. You can develop programs for the nRF52840’s Cortex-M4 using either Arduino, Circuit Python, or C (using Nordic’s nRF5 SDK), and load that compiled code using a USB serial or mass-storage interface.

Get Started with the SparkFun Pro nRF52840 Mini Guide

Take your nRF52840 development to the next level -- build your applications with the nRF5 C SDK. This tutorial explains how to set up a development environment based around the GNU Arm Embedded Toolchain.
Favorited Favorite 5

nRF52840 Development with Arduino and CircuitPython

How to use Arduino or CircuitPython to develop applications for the nRF52840 Cortex-M4 Bluetooth SoC.
Favorited Favorite 4

right combination of what I needed

about a year ago by riedlse verified purchaser

nrf52840 (I use the nRFconnect SDK, so I get Zephyr RTOS) usb, battery and a quic connector. perfect dev board for my current project, maybe even for the initial photo run.