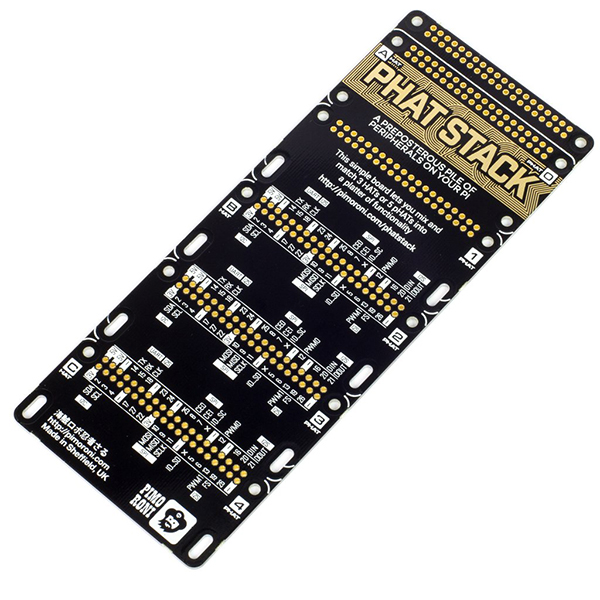 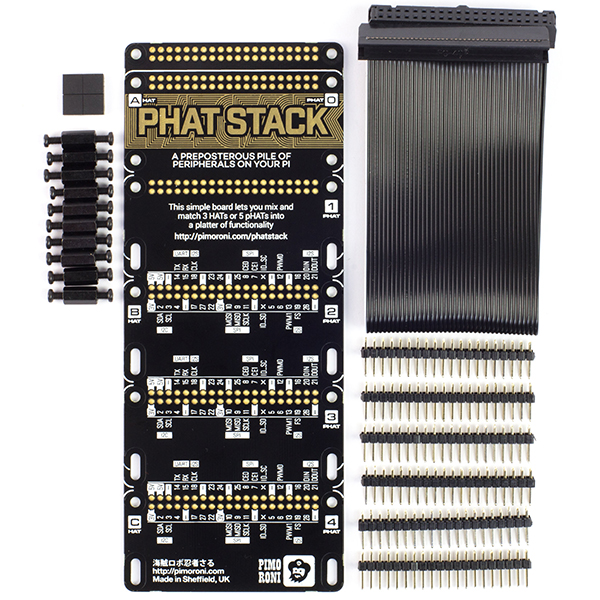 A preposterous pile of peripherals on your Pi! Mix and match 3 HATs or 5 pHATs into a platter of functionality. Use pHAT Stack for specific setups and projects, or just as a handy way to use several HATs or pHATs at once.

pHAT Stack is the big brother to the Mini Black HAT Hack3r. It has 6 sets of 2x20 pin headers, one for connecting to your Pi with the included ribbon cable, and the other 5 for a mix of HATs and/or pHATs. The kits include rubber feet to hold pHAT Stack steady (and prevent it from scratching your desk), and metal standoffs to mount your HATs and pHATs firmly in a more permanent fashion.

Note that you'll need to ensure that there aren't any pin clashes between the boards that you're using together. To check which pins are used by each board, check them on pinout.xyz, or try the pHAT Stack configurator!

Provided there aren't any clashes between the pins used by HATs and pHATs, you can get pretty crazy with the boards that you combine together. Boards like Four Letter pHAT, Scroll pHAT HD, and Unicorn HAT HD are ideal for displaying data in dashboard-type setups, and boards like Touch pHAT, Piano HAT, and Drum HAT let you add input to your projects. There are some suggested setups below.