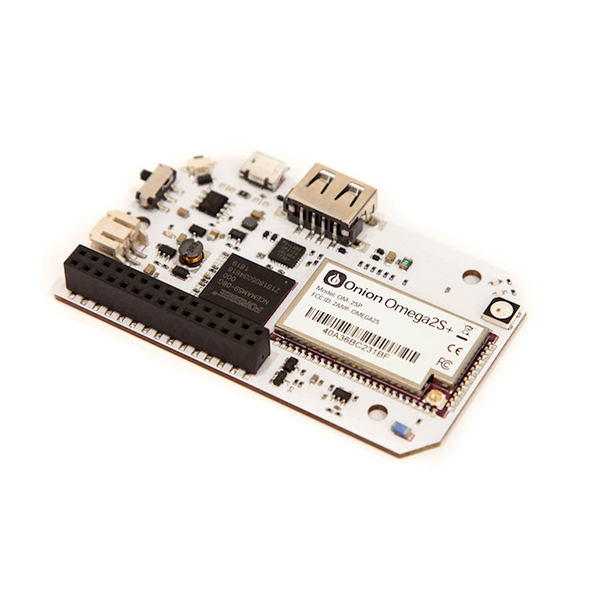 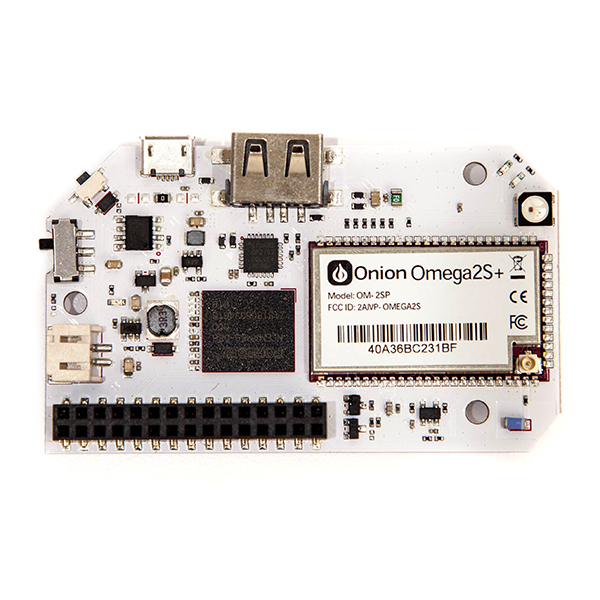 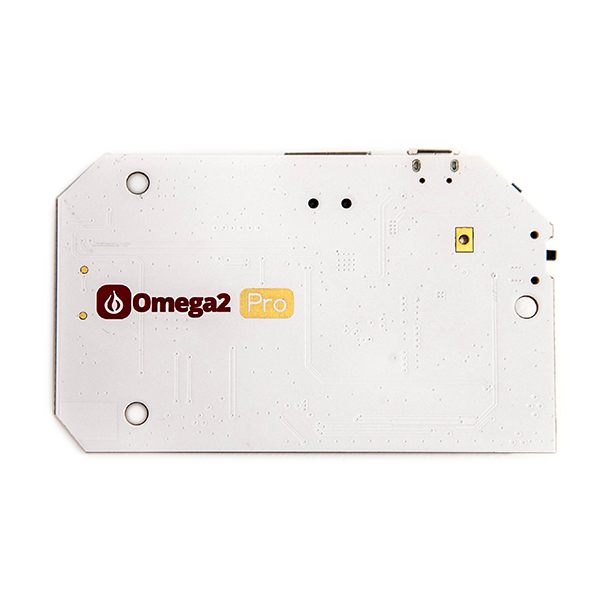 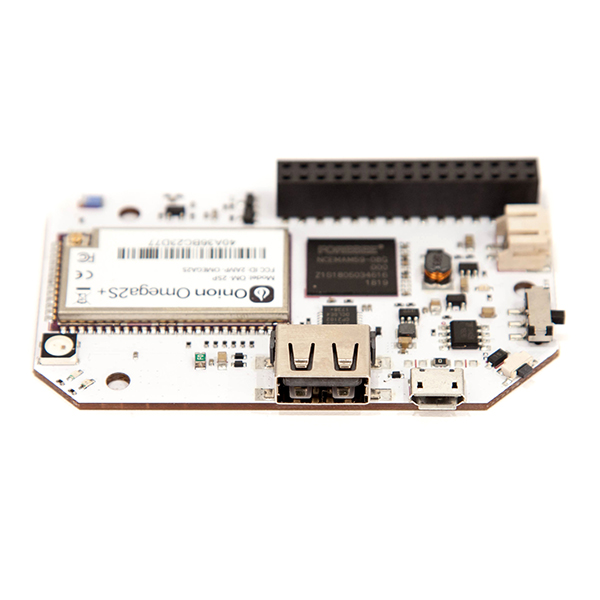 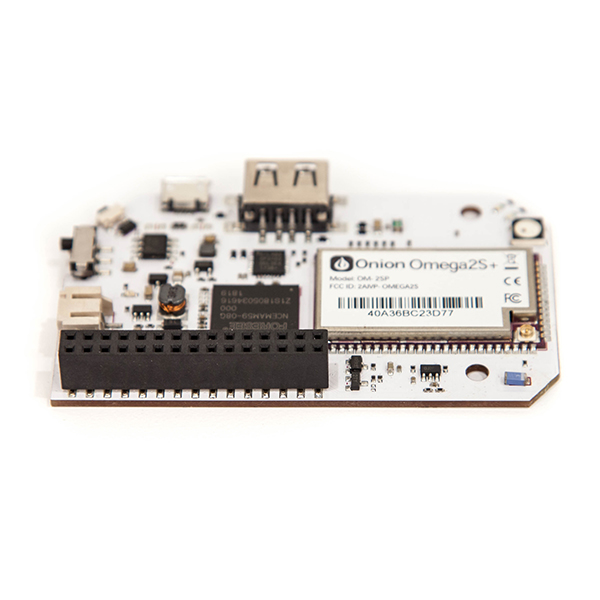 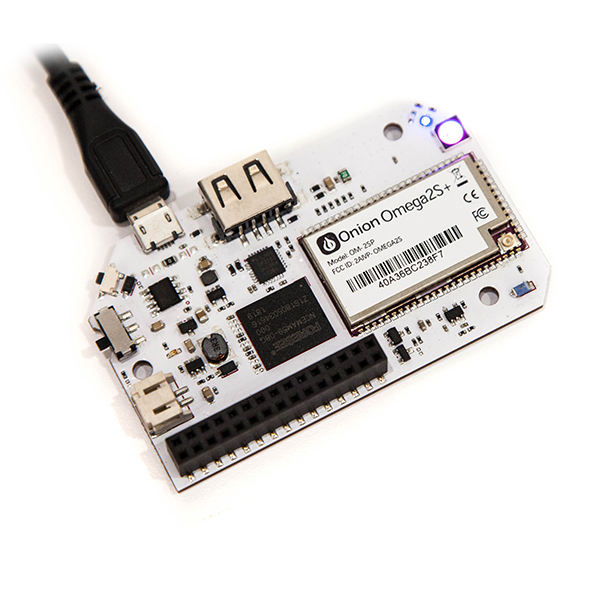 The Omega2 Pro IoT computer is the next generation of Onion’s Linux-based, WiFi development board and the most powerful IoT computer they’ve made yet. It is a standalone device – the processor, memory, gigabytes of storage, and Wi-Fi are all built-in, and it’s smaller than a breadboard, making it easier than ever to build connected hardware applications.

The storage is pre-loaded with the OpenWrt embedded Linux distro, so getting started is as easy as plugging in a Micro USB cable for power and taking a few minutes to go through the browser-based setup wizard. A common theme Onion heard from their users of previous Omega iterations was that they felt constrained by storage space. The gigabytes of storage on the Omega2 Pro will allow you to build rich, modern applications, with plenty of space to hold libraries, assets, media, and more.

The Omega’s OS comes equipped as a web server by default, so that other devices on the local network can interact with the Omega through a browser.

IoT is all about connectivity, and the Omega2 Pro specializes in Wi-Fi networking. The Wi-Fi interface can simultaneously host its own Wi-Fi access point and connect to existing Wi-Fi networks.

The addition of an Ethernet expansion board brings the Omega2 Pro into the world of wired networking as well.

Battery Manager for Portability and Back-up An on-board battery management chip makes the Omega2 Pro compatible with LiPo batteries: they can be used as the main power source, and will be charged when the Omega is connected to USB power. Use a battery to make your project portable, or to act as a back-up power supply.

Commandline Access The on-board USB-to-serial chip provides reliable, always-on access to the Omega’s commandline, which is invaluable for debugging. Alternatively, securely connect to the commandline through the local network using SSH.

Full-color Notification LED Along with the system status and Wi-Fi status LEDs, there is a full-color LED driven by a hardware pulse width modulation (PWM) controller, so animations and transitions are always smooth.

On top of that, it’s compatible with the existing ecosystem of plug-and-play Omega2 Expansions to add functionality.

Getting Started with the Omega2 Pro

Introduction to the Omega2