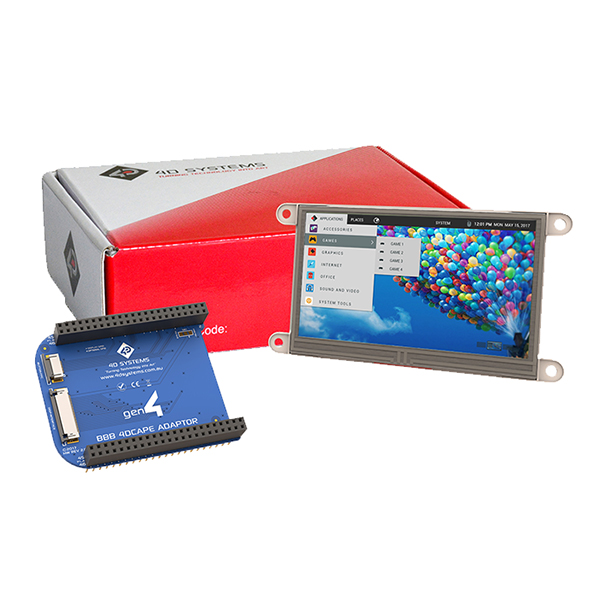 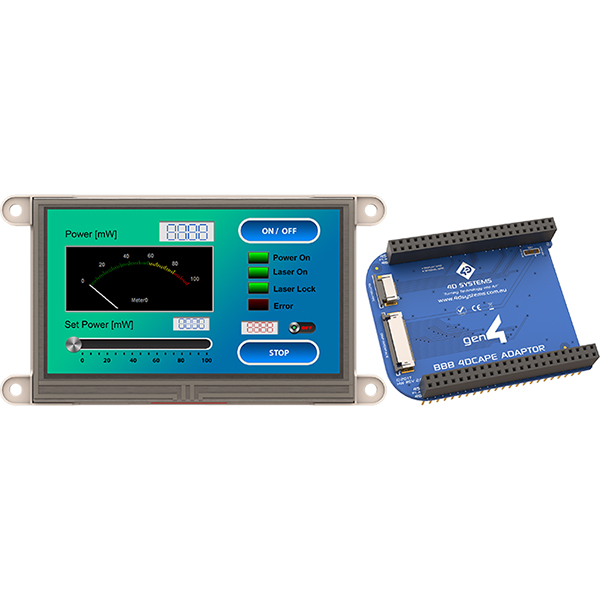 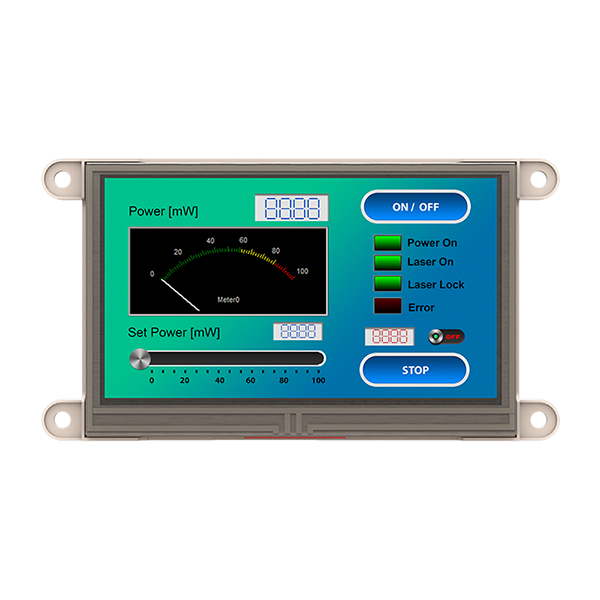 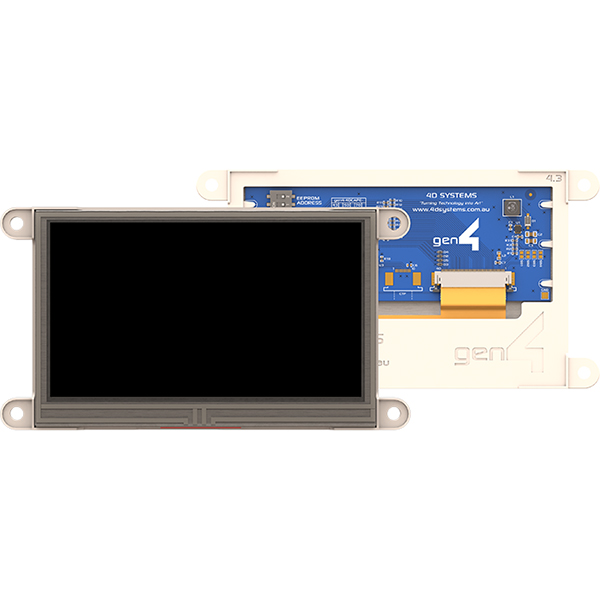 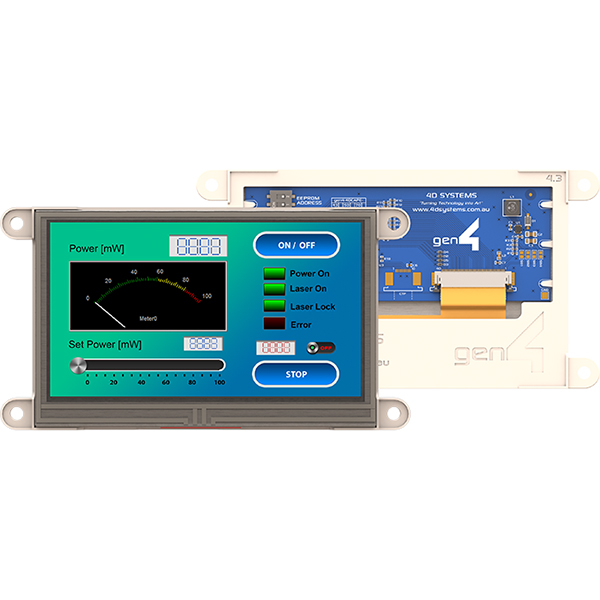 The gen4 LCD CAPE range is specifically designed for the Beagle Bone Black (BBB). It provides a 4.3”, 5.0” or 7.0” primary display for the BBB for direct user interaction and information display.

The 4DCAPE features an on-board Microchip AR1021 resistive touch controller (Resistive Touch version only), which talks to the BBB over I2C. This enables a robust and reliable resistive touch platform, compared to previous LCD CAPE models which used the BBB’s analog inputs, which were prone to external noise and open source software. The Capacitive Touch version utilises a Focaltech capacitive touch controller, which also communicates over I2C.

The Beagle Bone Black connects directly on to an adaptor CAPE, which then connects to the display module using a 30 way FFC ribbon cable, enabling multiple mounting options. Everything the LCD CAPE requires such as power and display signals are provided from the BBB directly, via the Adaptor and FFC ribbon cable.

Mounting of the 4DCAPE is achieved with the 4x 4mm mounting holes present on the Display Module (Resistive and Non-Touch), enabling standard screws to fasten the GEN4 4DCAPE as required, or via the adhesive supplied on the Cover Lens Bezel which is part of the Capacitive Touch version.