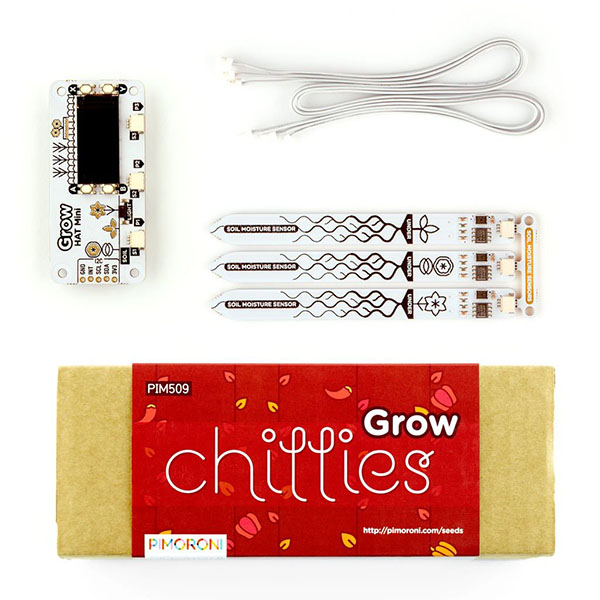 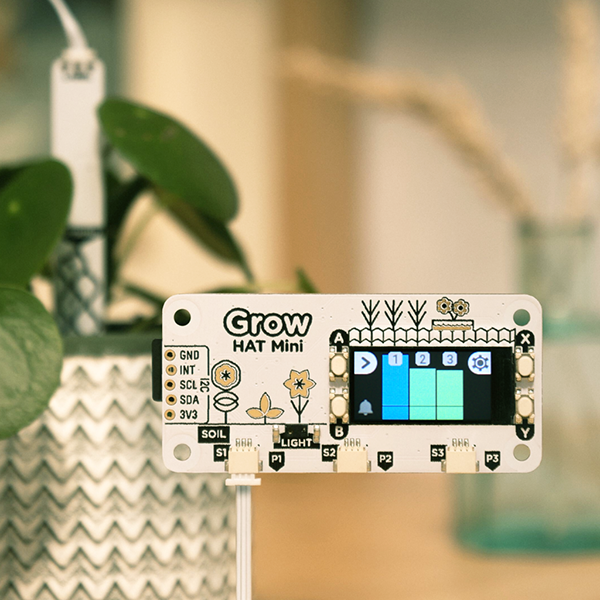 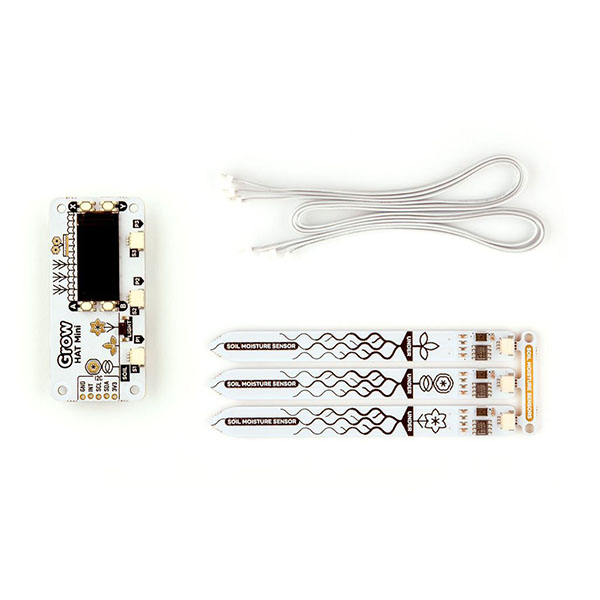 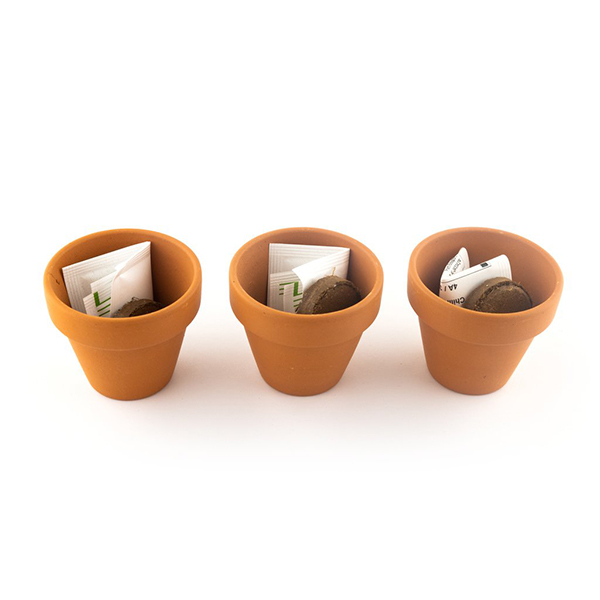 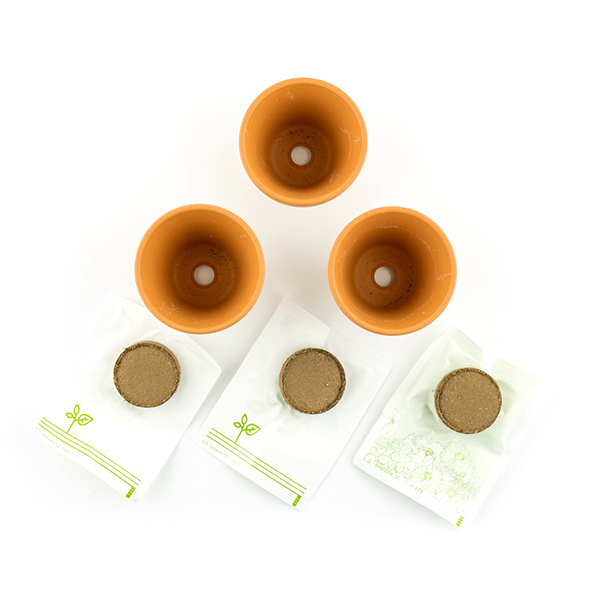 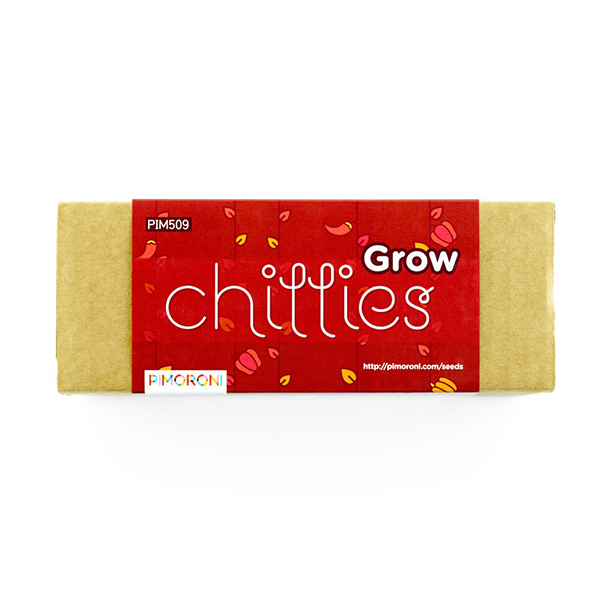 A compact Raspberry Pi powered monitoring system designed to help you take the best possible care of your plants. It will tell you how well they're hydrated, attract your attention when they need water and, if you want to go a step further, even give them water!

The heart of this clever system is the Grow HAT Mini. This Raspberry Pi Mini HAT has a tiny screen to keep an eye on the state of the system, four tactile buttons for navigation and an on-board piezo buzzer to politely request your attention when your plants need you. There's also a light sensor, which we've used in our code example to stop the alarm from chirping away at night. We've covered the PCB in little gold flowers, because we love you. 🌻

There are three connectors on board to attach our capacitive moisture sensors, so you can measure the moisture levels in three separate pots. Because there are no exposed electrodes, capacitive sensors are a lot less vulnerable to corrosion over time than old school resistive sensors. They even have a little area so you can label them with plant names (we think 'Pete' is a great plant name).

On the back of the Grow HAT Mini there are another three connectors that will let you turn low-current 5v devices on and off, like pumps, motors, valves, solenoids or lights. There's also a set of broken out I2C connections, perfect for adding on an I2C breakout (like those in our Breakout Garden range). Being able to add on more sensors and interface with extra devices means that it's possible to level up your budding Grow system to something much more capable and sophisticated - a proper little smart greenhouse for your desktop (or your spaceship, classroom or apocalyptic bunker!)

NOTE: It's possible to use Grow moisture sensors without the HAT with non-Raspberry Pi devices (like Arduino), as long as they're capable of monitoring pulses on an IO pin in the range of ~2Hz up to ~30Hz accurately.