Retired COM-10976 RoHS Has 3D Model 3
Note: Retired Product
This product has been retired from our catalog and is no longer for sale. This page is made available for those looking for datasheets and the simply curious. 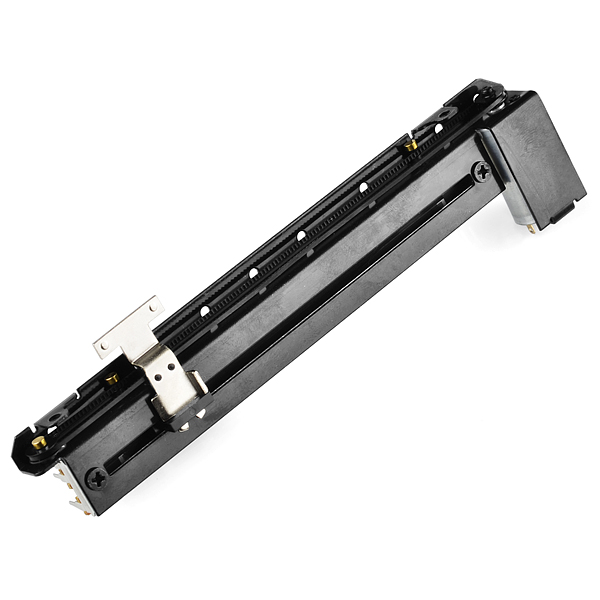 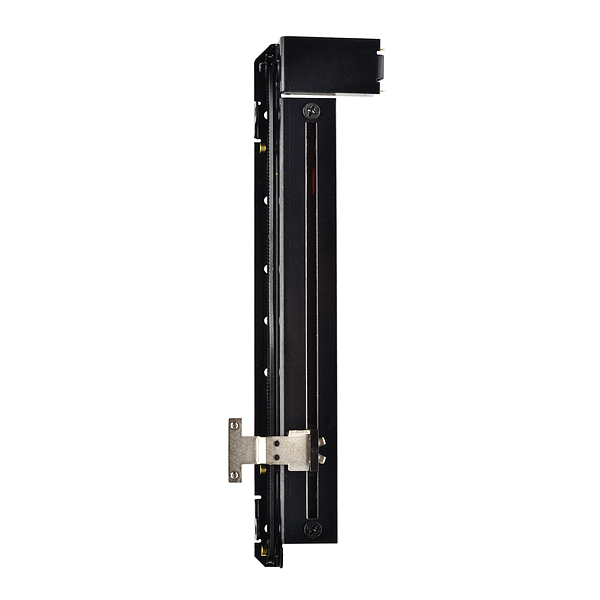 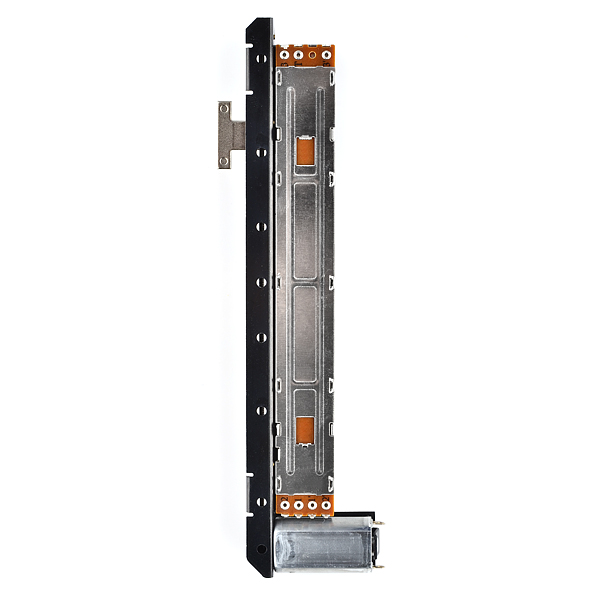 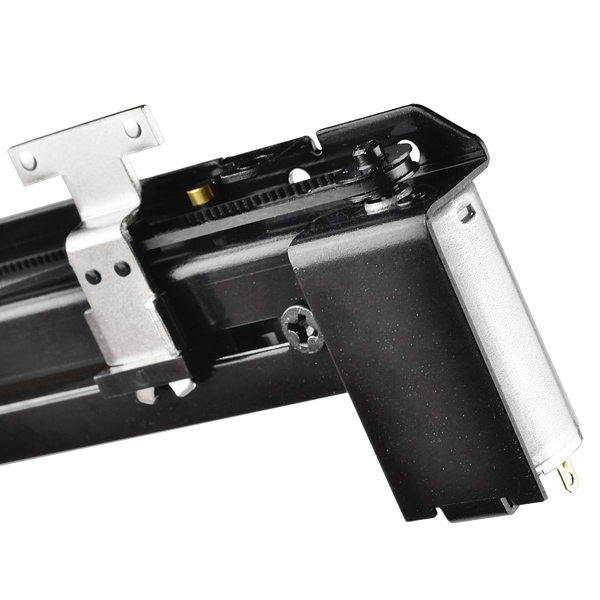 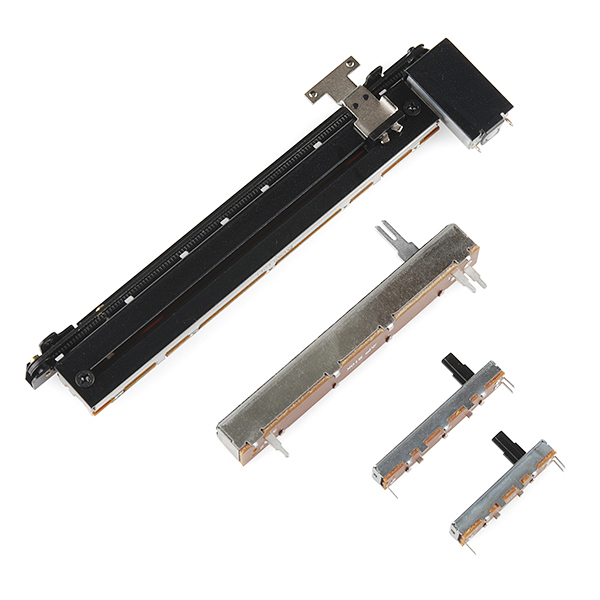 Retired COM-10976 RoHS Has 3D Model
3
Note: Retired Product
This product has been retired from our catalog and is no longer for sale. This page is made available for those looking for datasheets and the simply curious.

These motorized sliders are very cool. Each is essentially a standard slide pot which is belt-driven by a small motor. The slide contains two separate 10k linear taper potentiometers so that you can use one as servo-feedback in order to read the position of the slider and use the other to control whatever your target is. There is also a touch sense line which is electrically connected directly to the metal slider tab so that you can interface the slider with capacitive touch circuitry.

Motorized potentiometers are useful when you need the ability to jump to preset positions or when you want physical feedback from virtual controllers. There are also a variety of unconventional uses for these potentiometers such as pulsing the motor to provide haptic feedback or just using it as a linear actuator for super light-duty robotics.

The two mounting holes that are bent to accept screws from the side look like it needs M3 screws => "2- M3x0.5" [ http://cdn.sparkfun.com/datasheets/Components/General/MD100AM2BF-D_L_MD100AM2B-D.jpg ].

In the demo video [ https://www.youtube.com/watch?v=E2Stni6W7Vc ] used a motor driver [ like the recommended motor driver TB6612FNG – https://www.sparkfun.com/products/9457 ] and Arduino microcontroller to move the motorized slide potentiometer. Unfortunately, they did not provide the demo code from the video. There should at least be an example code on using a motor driver with the TB6612FNG’s product page.

about 6 years ago by Member #667626 verified purchaser

You would think they would stock the slider knobs for these things. I had to print my own on a 3D printer.

Hi, You make a good point. I have passed your suggestion along to our parts hunting team for consideration. Thank you

about 6 years ago by Member #791507 verified purchaser

The rubber band was too loose and not reliable

about a year ago by Member #1439114 verified purchaser

It works! But it's definitely not evenly linear and it was a pain to figure that out. I only realized I wasn't doing something wrong when I tried a Bourns motorized slider pot and saw what a truly linear response looked like.

Great if you just need to move a slider back and forth, not great if you need accuracy.