Retired DEV-11158 RoHS
Note: Retired Product
This product has been retired from our catalog and is no longer for sale. This page is made available for those looking for datasheets and the simply curious. 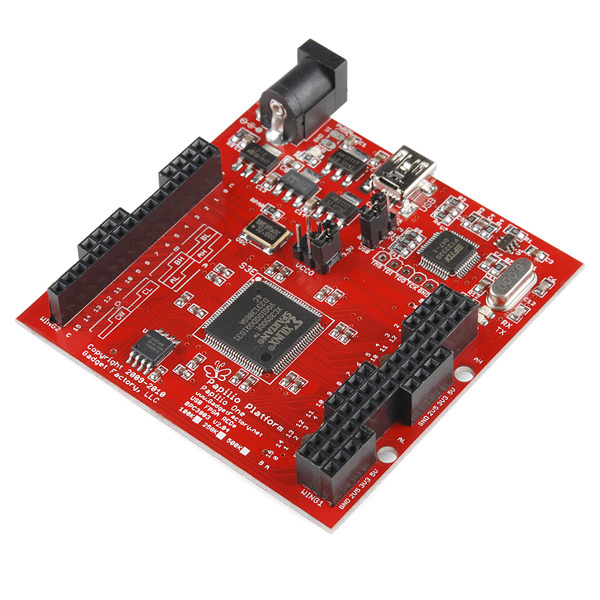 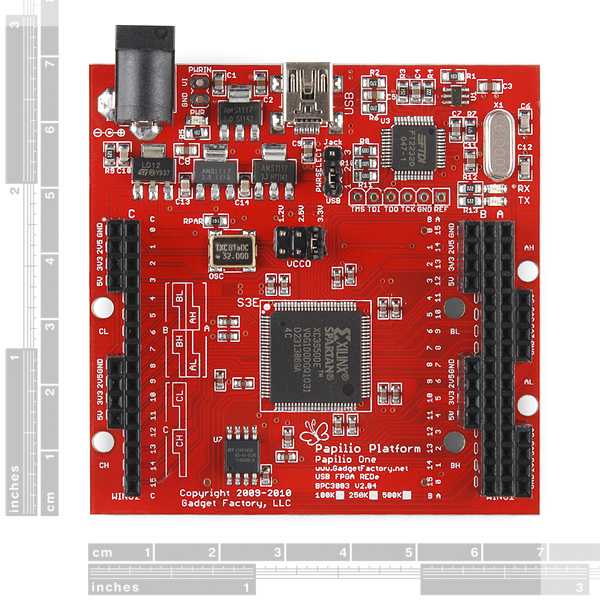 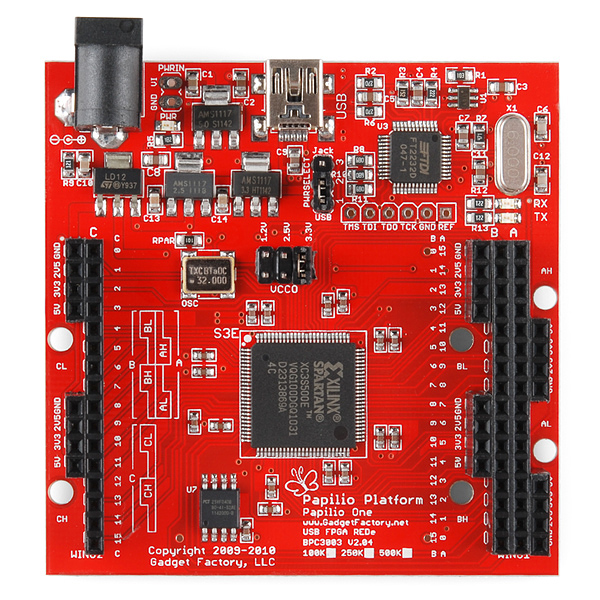 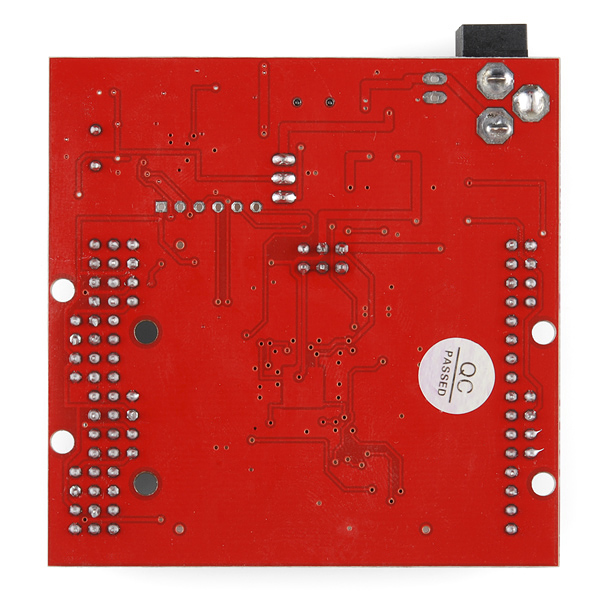 Retired DEV-11158 RoHS
Note: Retired Product
This product has been retired from our catalog and is no longer for sale. This page is made available for those looking for datasheets and the simply curious.

Are you interested in FPGA development but don't know where to start? Why not give Papilio a try? The Papilio One is an open-source development platform based on the capable Xilinx Spartan 3E FPGA. While FPGA devices are massively powerful and configurable, they haven't always been the easiest to develop. Papilio attempts to remedy this situation by following the lead of popular microprocessor development tools like Arduino. The Papilio One can be expanded by the use of "wings" which are stackable add-on modules, similar to Arduino shields.

You can still use traditional FPGA development tools to write code for the device. The Papilio isn't directly supported in Xilinx ISE but a script file is available on their website to load bitstreams generated by the program.

One unique feature of Papilio is that they provide a custom version of the Arduino IDE which allows to you write Arduino code and upload it to an AVR8 Soft Processor, an Arduino-compatible processor being emulated inside the FPGA!

Skill Level: Expert - You should be extremely comfortable programming on various hardware in several languages.
See all skill levels