Retired TOL-11228
Note: Retired Product
This product has been retired from our catalog and is no longer for sale. This page is made available for those looking for datasheets and the simply curious. 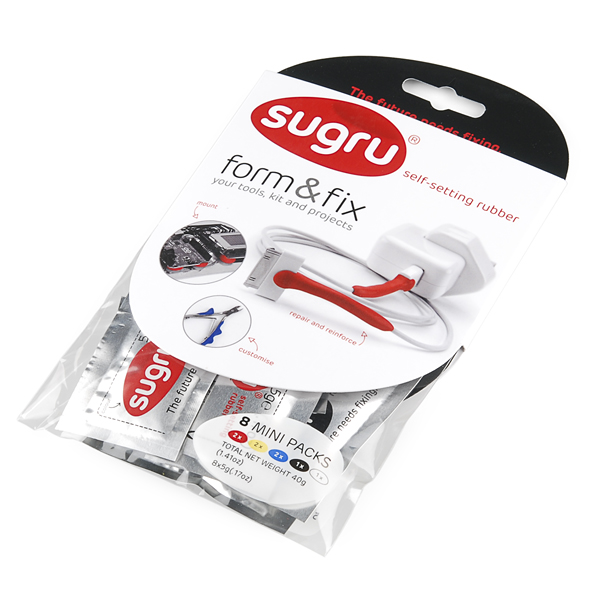 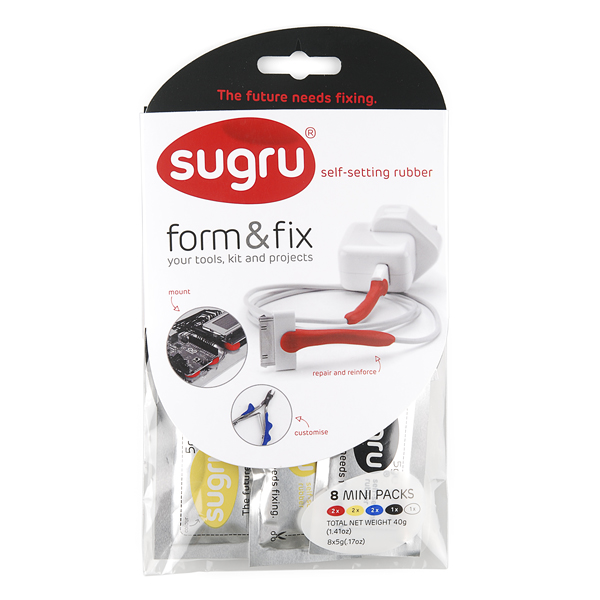 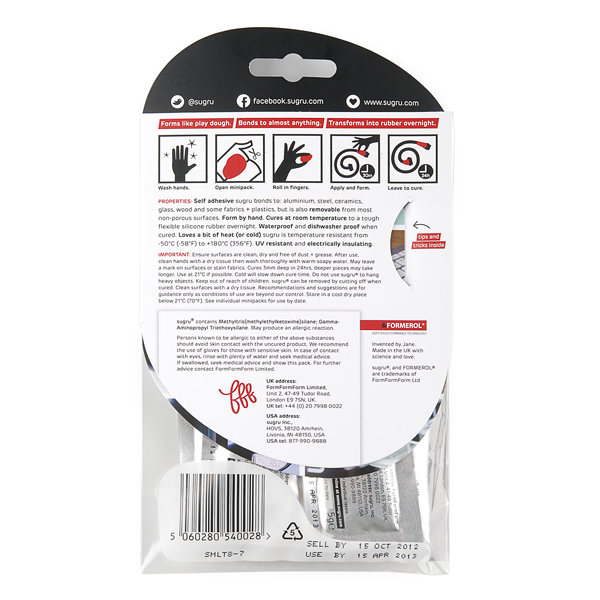 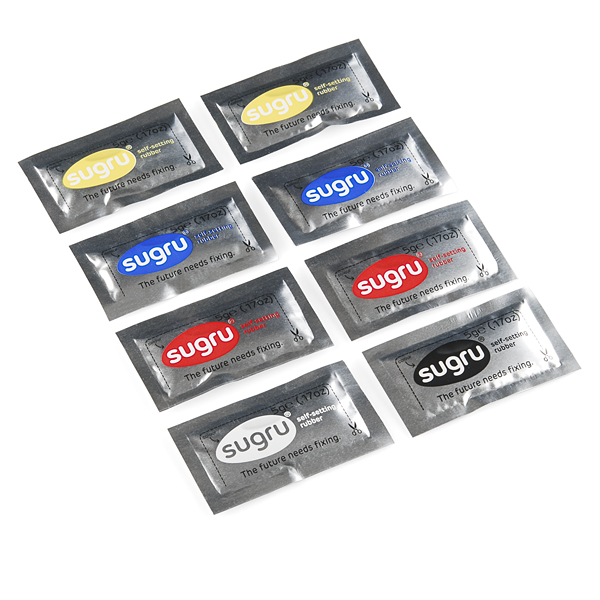 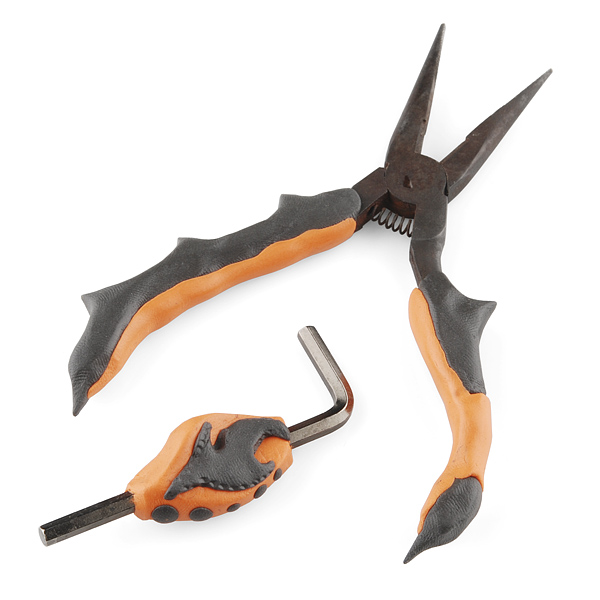 Retired TOL-11228
Note: Retired Product
This product has been retired from our catalog and is no longer for sale. This page is made available for those looking for datasheets and the simply curious.

Replacement: None. We are no longer carrying Sugru in our catalog. This page is for reference only.

A 'hack' is a clever solution to an everyday problem. Sugru is a silicone rubber modeling material that sets permanently, empowering you to "hack things better." Sugru comes in sealed, 5 gram foil packets and can be worked in much the same way as modeling clay. It adheres to aluminum, steel, glass, wood, and even some fabrics and plastics. After drying for 24 hours at room temperature, it maintains a hard rubbery texture. Use Sugru to add grip to tools and everyday items, smooth over rough edges, even add non-slip padding to the bottom of electronic device/coffee mugs/anything you want! When it's dry, Sugru is waterproof and dishwasher safe, meaning you can use it on just about anything.

The Sugru multicolor pouch now comes with 8 mini-packs of Sugru material in 5 colors. We like Sugru because it makes tools like pliers and screwdrivers more comfortable to use and also makes a great prototyping material! Check out the Sugru website below for examples of how other people are using Sugru to hack things better.

Note: Sugru will not allow us to sell this product to anyone outside of the USA. Sorry world!