Retired COM-11555 1
Note: Retired Product
This product has been retired from our catalog and is no longer for sale. This page is made available for those looking for datasheets and the simply curious. 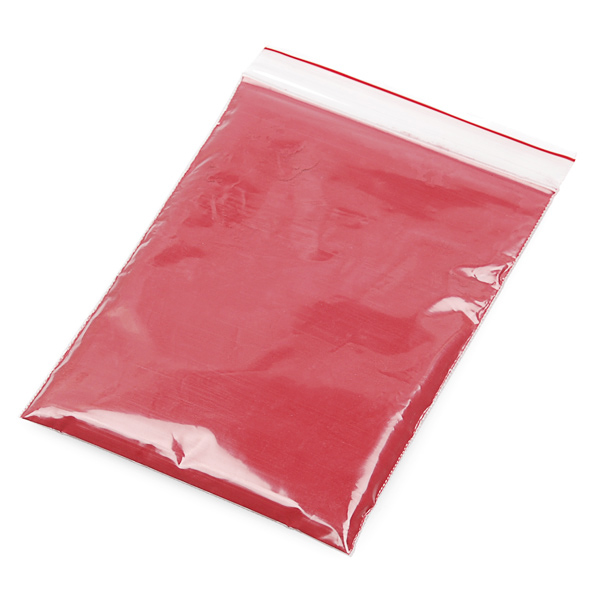 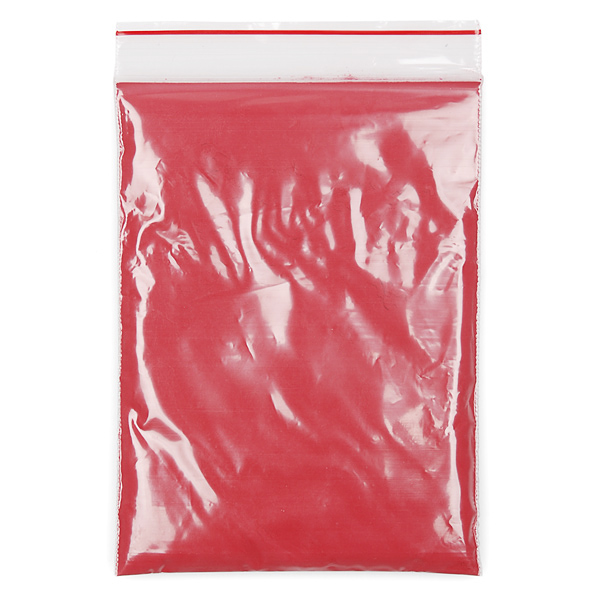 Retired COM-11555
1
Note: Retired Product
This product has been retired from our catalog and is no longer for sale. This page is made available for those looking for datasheets and the simply curious.

We've all seen toys and things that change color when you run them under warm water or heat them up in the sun. Some of us were especially mesmerized and had to find out what made them do that. It turns out that this is a property called "thermochromism" and it can be implemented in a number of ways. This particular pigment is a Leuco dye type pigment which is made up of a mixture of Leuco dyes, weak acids and salts microencapsulated in polymer. Sounds complicated, right? Nah, it's not so bad.

All you need to know is that this is a very fine, colored powder that changes to a clear powder when you heat it to about 92°F (33°C). This is really cool for a lot of reasons. You can mix this pigment with paint to create thermochromatic paint for craft projects or to make temperature indicators. It mixes with Sugru and Polymorph as well, rendering them both thermochromatic. Use a controllable electric heating source and you could even build a thermochromatic display!

This pigment comes in a 20g bag, which is more than enough to play with and just enough for a good sized project (depending on what you're doing with it). Careful not to overheat the pigment as temperatures over 200°C can cause irreversible damage to most Leuco dyes.

A guest tutorial on an Electronic Terrarium from the Performative Sculpture class of Parsons DT.
Favorited Favorite 3

about 7 years ago by Crustacean verified purchaser

I bought this to be used on some power resistors that I use to simulate a heavy electrical load. On occasion one of these will be left powered for quite a bit of time and the intent was to be able to tell at a glance whether I should avoid touching the resistor or not. As advertised, the pigment turns clear when it is hot and turns back to red when not hot. That part works really well. The only problem I have with this stuff is it changes at too low a temperature, which I knew it would when I bought it-just wish Sparkfun offered a higher temp version of this stuff, in any color. Originally I was hoping to get 50 degrees C or so. I don't need it bad enough to buy it by the 50 gallon drum. The packet I ordered is enough for a couple of lifetimes of my intended use, so to get my monie's worth Sparkfun will have to find some way of extending a lifetime ;)

The way I used it was to place a tiny amount of the powder on the end of a toothpick and mix it into a small pool of clear finger nail polish sitting on a piece of cardboard. This was enough to paint a generous blob onto 5 aluminum framed power resistors using the toothpick.

Bit of advice, if you are male, try to avoid asking any of the women in the office for finger nail polish-they may be inclined to have fun at your expense ;)