Retired KIT-11606 Open Source Hardware
Note: Retired Product
This product has been retired from our catalog and is no longer for sale. This page is made available for those looking for datasheets and the simply curious. 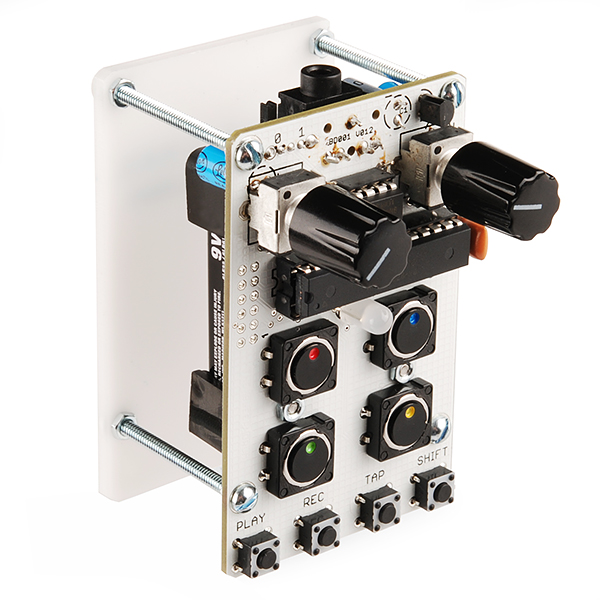 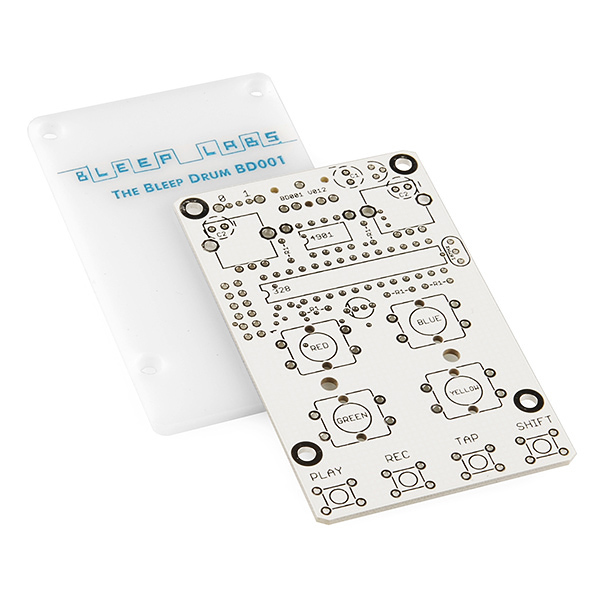 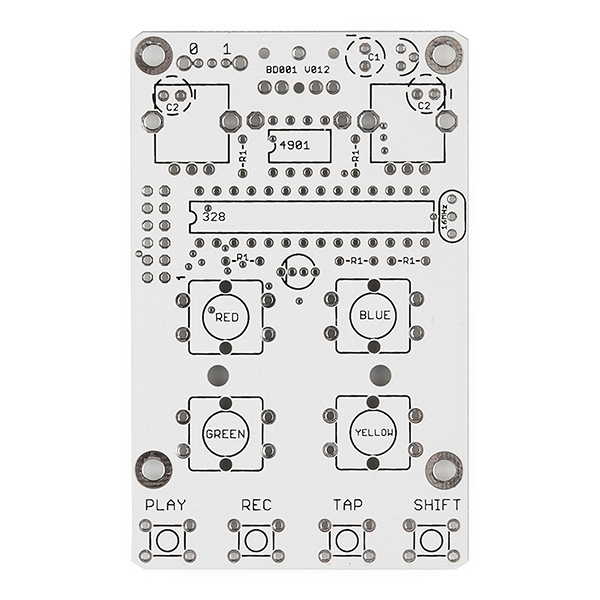 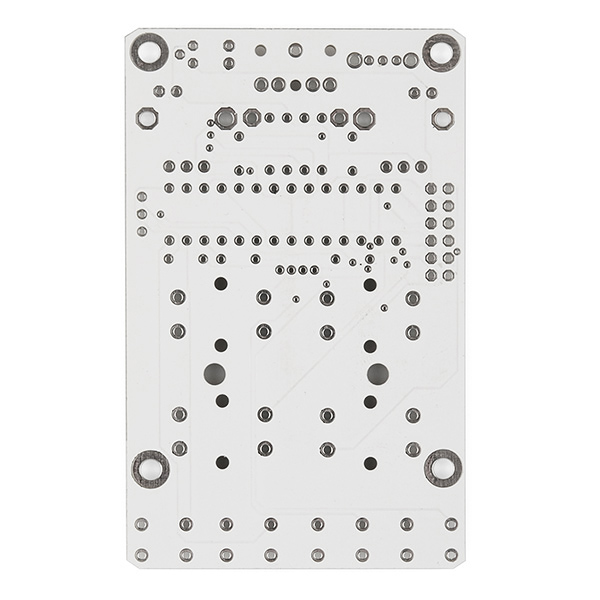 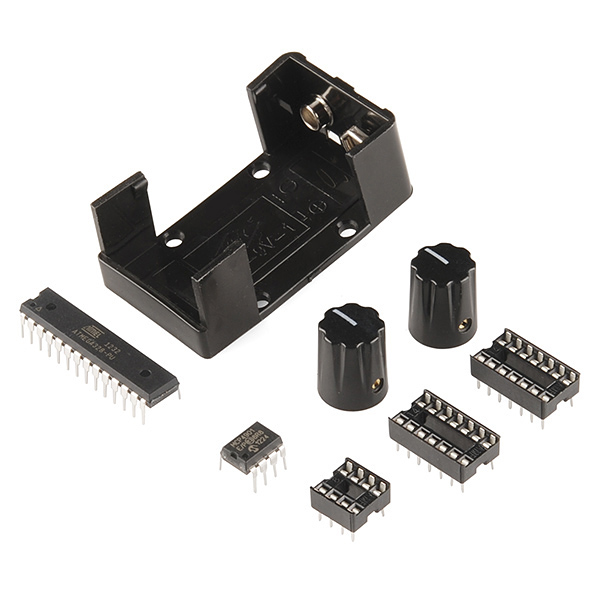 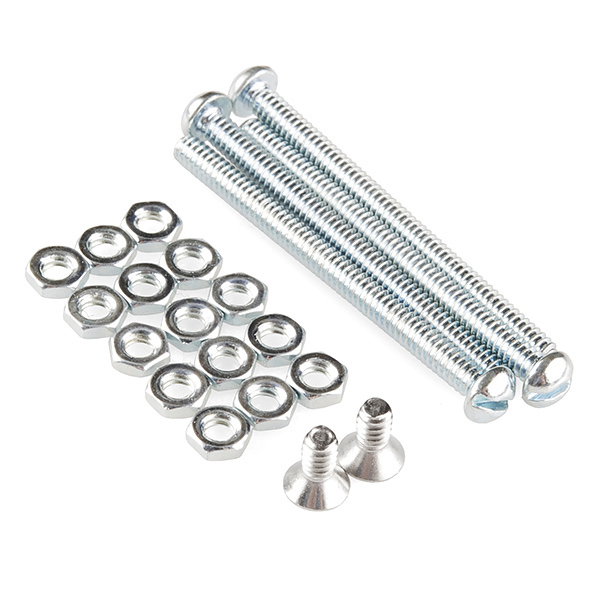 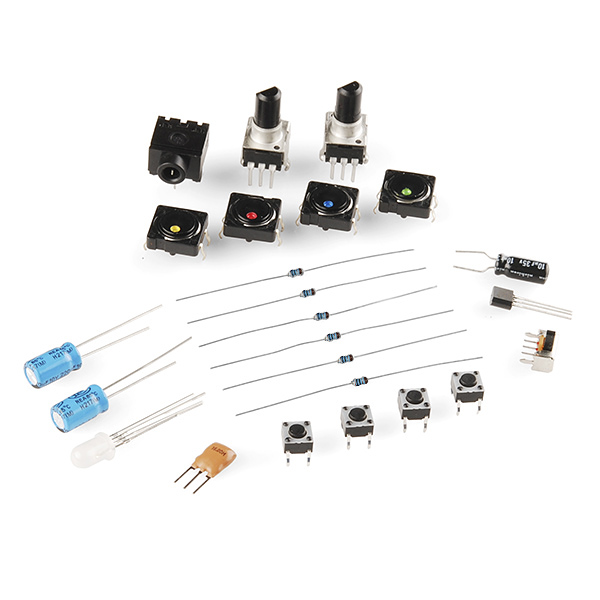 Retired KIT-11606 Open Source Hardware
Note: Retired Product
This product has been retired from our catalog and is no longer for sale. This page is made available for those looking for datasheets and the simply curious.

Replacement: None at this time. A new version of the Bleep Drum Kit is coming out soon, check back later for more updates. This page is for reference only.

The Bleep Drum is an Arduino based, ~~lo-fi~~ rad-fi drum machine designed by Dr. Bleep of Bleep Labs. This easy through-hole soldering kit turns into a super addictive noise-maker that's sure to keep you entertained for irresponsible lengths of time.

The Bleep Drum has four drum sounds, two of which have pitch control. Once you've come up with an awesome beat, you can record it into the sequencer just by pressing the record button and jamming out. There are four separate tracks, allowing you to record and play back four different sequences. Recording is additive so you can keep layering sounds on sounds until things are noisy enough for your liking. You can also tap in the tempo and change the tempo of recorded sequences!

If things still aren't noisy enough for you, hold down the "shift" button while turning the Bleep Drum on and it'll start up in Hyper Noise 30XX mode! In Noise mode, it works the same as before but now you can distort and crunch all of the drum sounds using the adjustment knobs.

Because the kit is all through-hole parts, it's easy for beginners. All you need is a basic soldering iron, a screwdriver and maybe a pair of pliers. The Bleep Drum runs on a 9V battery which isn't included so make sure you have one on hand. Also, the output from the Bleep Drum is a 1/8" audio jack, so you might want a pair of headphones to hook up to it.

If you're an advanced noisemaker, the Bleep Drum is also hackable! It will accept trigger pulses for all of the pads and the tempo button, so you can add electric drum pads if that's what you're into. Since the code is open, you can edit the code to get new sounds or add new functionality (MIDI anyone?) A row of headers are broken out on the board to make hacking easier, these pins are explained in the user guide below.