Retired DEV-13000 RoHS Open Source Hardware
Note: Retired Product
This product has been retired from our catalog and is no longer for sale. This page is made available for those looking for datasheets and the simply curious. 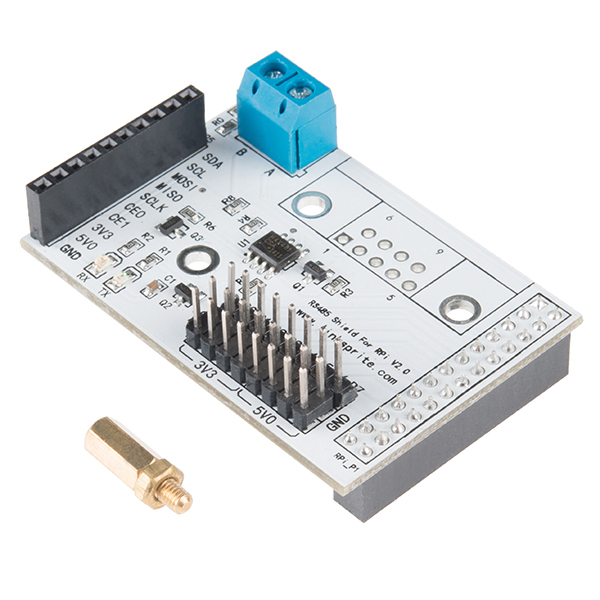 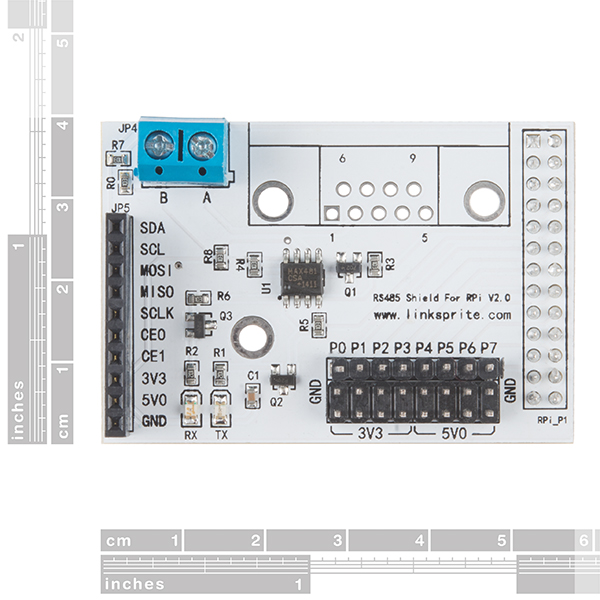 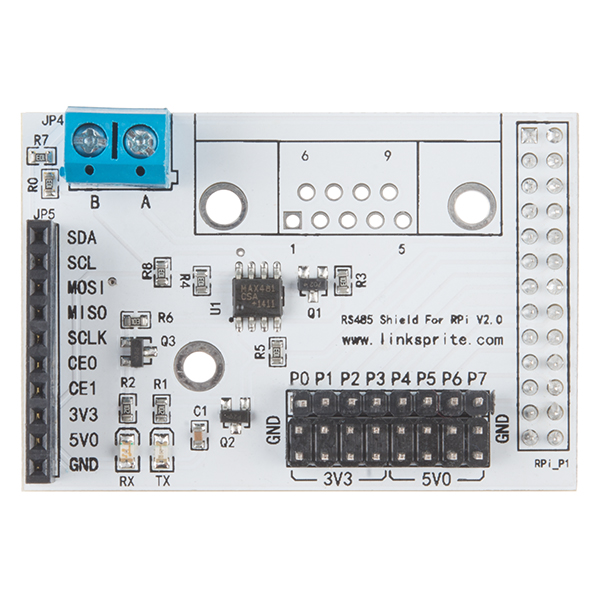 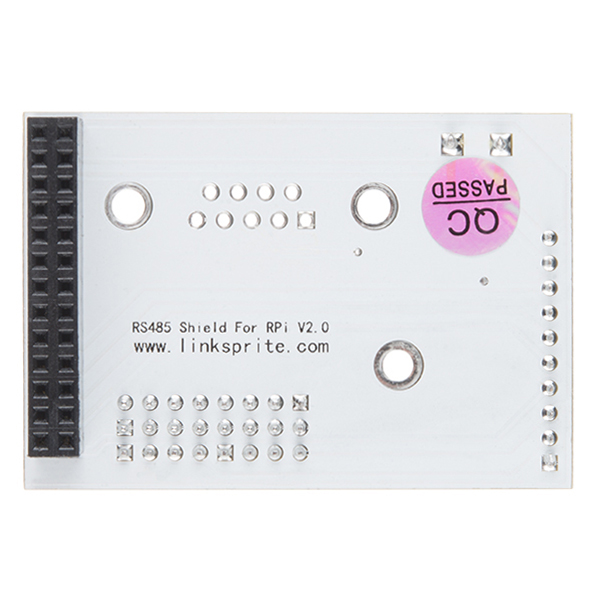 Retired DEV-13000 RoHS Open Source Hardware
Note: Retired Product
This product has been retired from our catalog and is no longer for sale. This page is made available for those looking for datasheets and the simply curious.

Our friends over at LinkSprite have made this nifty little RS485 Shield V2 for the Raspberry Pi, now you will be able to have a communication port for your field bus directly connected to your RPi! Even though the RS485 is sometimes thought as an "archaic" protocol, it will allow up to 32 devices to communicate through the same data line over a cable length of up to 4,000ft with a maximum data rate of 10Mbit/s. Those aren't bad numbers!

This shield comes pre-assembled so all you will need to do is just snap it right onto your Raspberry Pi and get programming. The RS485 Shield V2 is compatible with Raspberry Pi B and B+.

Note: The shield has an unpopulated footprint for a DB9 connector. Check below if you need to add the connector. Otherwise you can use the screw terminals.