Retired ROB-13047 RoHS 3
Note: Retired Product
This product has been retired from our catalog and is no longer for sale. This page is made available for those looking for datasheets and the simply curious. 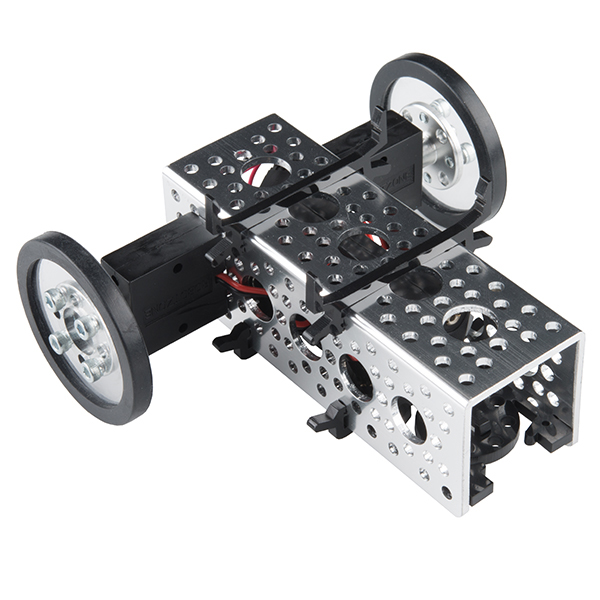 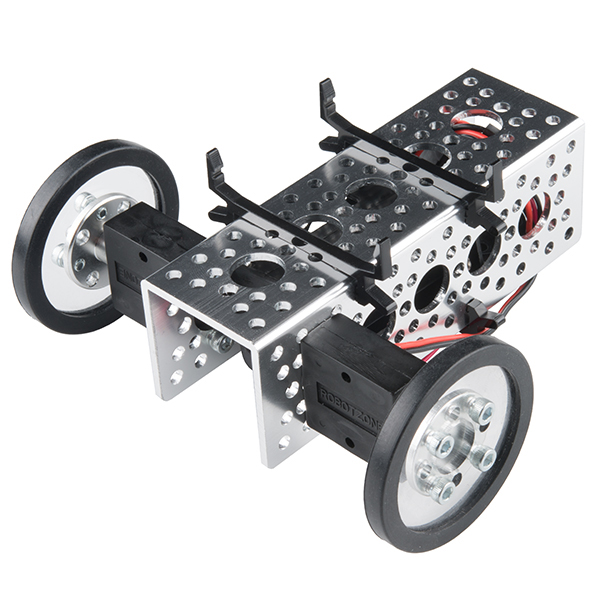 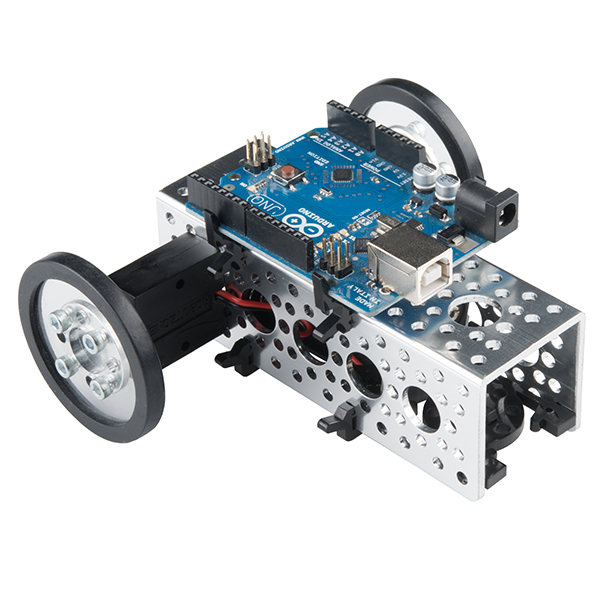 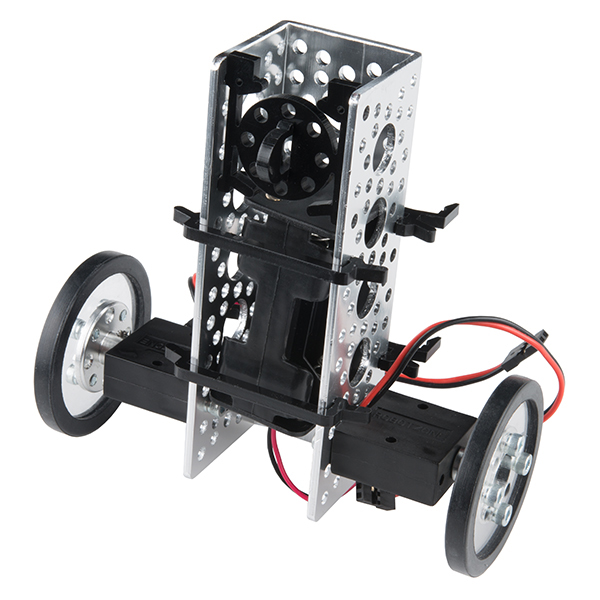 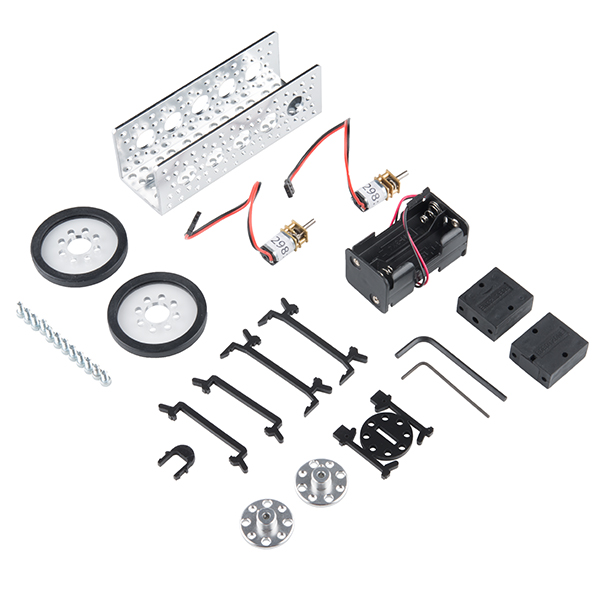 Retired ROB-13047 RoHS
3
Note: Retired Product
This product has been retired from our catalog and is no longer for sale. This page is made available for those looking for datasheets and the simply curious.

This is the ActoBitty 2 from Actobotics, an easy to assemble starter robotics kit that is perfect for beginning builder. This little kit, once assembled creates a small robotic platform that, with an attached an Arduino, you can start using almost immediately! Inside this kit you will find all the mechanical parts and motors needed to build this little robot platform.

The aluminum chassis included in this kit accepts all Actobotics components for quick and easy customization while the innovative “snap on” Arduino channel mounts make it easy to attach an Arduino Uno or Arduino Mega board without hassle! In the Recommended Products section below you will also find a Raspberry Pi channel mount in case you choose to drive this platform without an Arduino. In this kit you will also find two 2” diameter drive wheels with rubber lips and aluminum hubs that when combined offer fantastic traction, stability, and strength. A custom Acetal mount plate, that attaches to the underside of the ActoBitty 2 provides a perfect attachment surface for a variety of sensors including line followers, accelerometers, or any other sensor you might want to incorporate. The ActoBitty is perfect for both educational settings and individual hobbyists!

Note: A few required items that are not included in this kit that will be required to make the ActoBitty 2 fully operational, including: four AA Batteries, a Phillips Head Screwdriver, a Arduino Uno or Arduino Mega, and a motor driver.

Basic hookup guide for the TB6612FNG H-bridge motor driver to get your robot to start moving!
Favorited Favorite 9

about 7 years ago by Member #452184 verified purchaser

I had problems with my kit. The Allen wrench supplied did not fit the screws! I had to custom grid tools just to assemble the robot. The platform on the top really did not have enough room for a motor driver and sensors. Once they get the correct wrench in the package it might be easier. The parts are much more expensive then other kits but the quality seems good.

Hi, So sorry to hear about your issues. I will look into the wrench issue and see what we can do to help resolve that matter.

about 7 years ago by suitable1 verified purchaser

Looks to be good quality, however the supplied allen wrench doesn't fit the machine screws. Not a huge deal for me as I'm sure I can find the proper size, but could be very annoying to a first-time builder. The screws are 7/64 and I'm guessing the wrench might be metric 2.5. Looks like it should be nice when assembled. I purchased this because the parts should work well for future builds.

Update (4/13/2015): I finally got around to completing the kit. It works well on a hard surface, but not on carpet, even low pile. I'm probably going to add larger wheels along with a ball caster before I add sensors.

Hi, So sorry that you were affected by this issue as well. We have corrected all of our remaining stock and are working with Actobotics to help avoid this mistake from happening again in the future. Please contact us if you need help getting a proper hex wrench. Happy hacking.

Best rover chassis I have found for the price

about 6 years ago by Chris Broski verified purchaser

Before I spent too much money, I wanted to make sure I had the skills and parts to build a successful rover bot, so I chose to start with the Actobitty. After completing the first version of a rover project, I still feel I made the right choice. Any difficulties I encountered were not the fault of the Actobitty kit.

Even though this kit was clearly designed with affordability as a prime feature, they still included a 4-AA battery pack, which I appreciate. I was worried about the plastic skid in lieu of a real front caster, but it has worked fine on all of the non-carpeted indoor surfaces I have tried so far. If I could change one thing, it would be the option to choose Raspberry Pi mounting clips instead of Arduino.