Retired ROB-13257 RoHS 1
Note: Retired Product
This product has been retired from our catalog and is no longer for sale. This page is made available for those looking for datasheets and the simply curious. 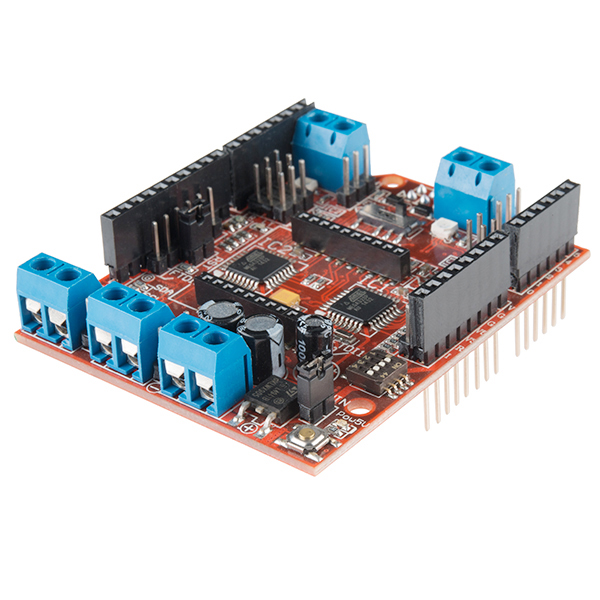 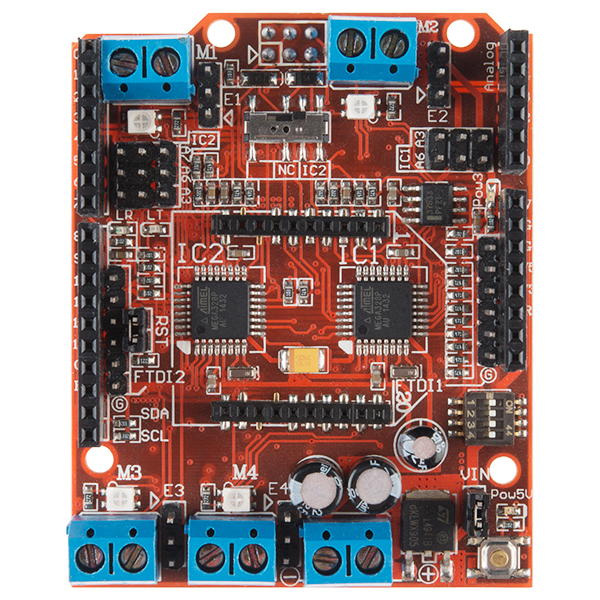 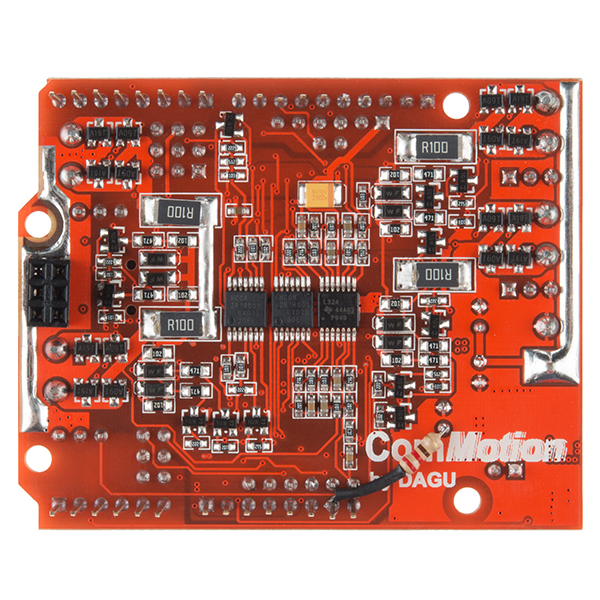 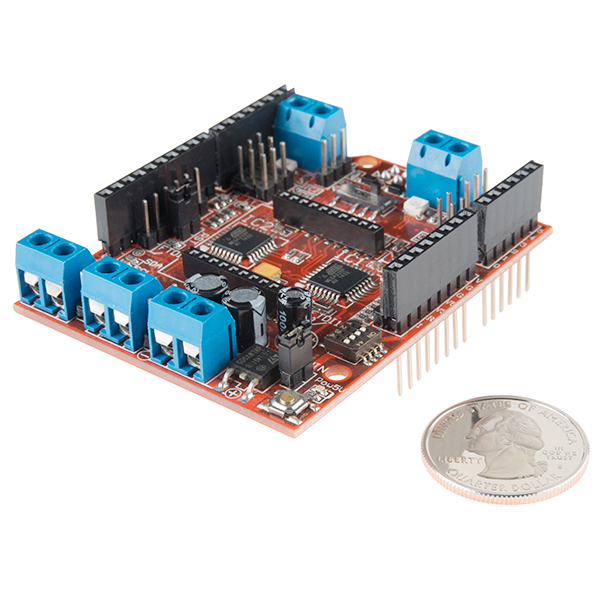 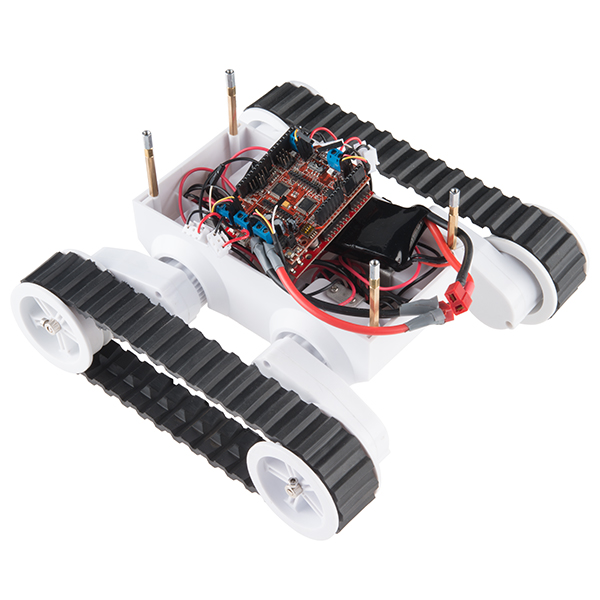 Retired ROB-13257 RoHS
1
Note: Retired Product
This product has been retired from our catalog and is no longer for sale. This page is made available for those looking for datasheets and the simply curious.

This is the ComMotion Motor Driver Shield, a 4 channel motor controller that can communicate via I2C and be wirelessly controlled. This shield allows you to be able to control up to 4 motors at a time, read their encoders, and monitor their current draw all from one board. This powerful little shield fits snuggly on top of your RedBoard, Arduino, or any other development board that utilizes the R3 layout.

The ComMotion shield has been designed to drive 4 DC brushed motors at up to 2.5A continuous, each with peak currents of up to 4A per motor. With the preset configurations you will be able to easily control robots with omni or mecanum wheels by simply sending the ComMotion only three simple values: Velocity, Angle and Rotation. Onboard, the two ATmega328P processors will then do all the math required to calculate the correct speed for each individual motor.

Each ATmega328P processor even has its own serial port broken out into an FTDI header. These serial ports can be used for GPS, Bluetooth and LCD modules while leaving your Arduino serial port free for uploading and debugging code. The serial port on MCU2 is also broken out into a socket for an XBEE or WiFly wireless transceiver with voltage translation circuitry. While in the default configuration, the ComMotion shield will be able to accept serial commands directly from the serial port on MCU2. Just plug in a pre-configured Xbee, WiFly or Bluetooth module and you have instant wireless control!

Note: The supplier's supporting documentation was taken down by it's host site. Due to this vanishing support SparkFun is unable to offer technical assistance for this product at this time. We have drastically reduced the price of this shield as it is an at-your-own-risk motor driver. All sales are final and we will not be able to accept returns on this product if purchased after 11/23/2015.

about 6 years ago by Member #618819 verified purchaser

After finding the documentation, I found this is fairly easy to use.

Hi, We'll add the link to the product page. But example code can be found here - https://sites.google.com/site/daguproducts/home/Software/ArduinoISP_and_IR.zip?attredirects=0&d=1 so sorry this wasn't listed before.