Retired ROB-13286 RoHS Open Source Hardware
Note: Retired Product
This product has been retired from our catalog and is no longer for sale. This page is made available for those looking for datasheets and the simply curious. 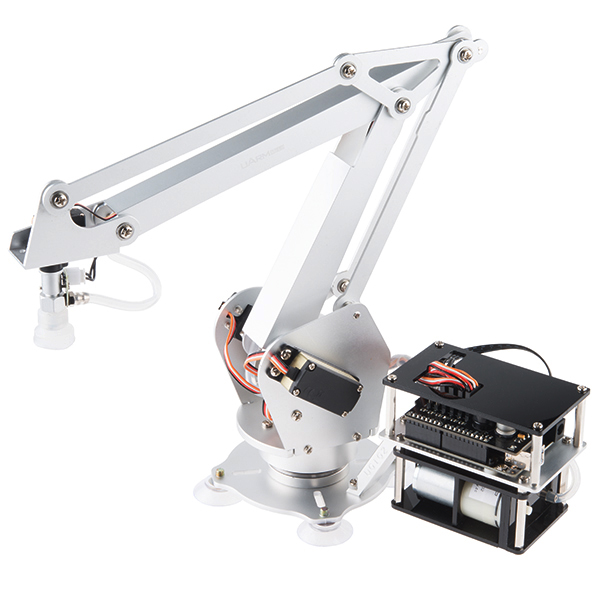 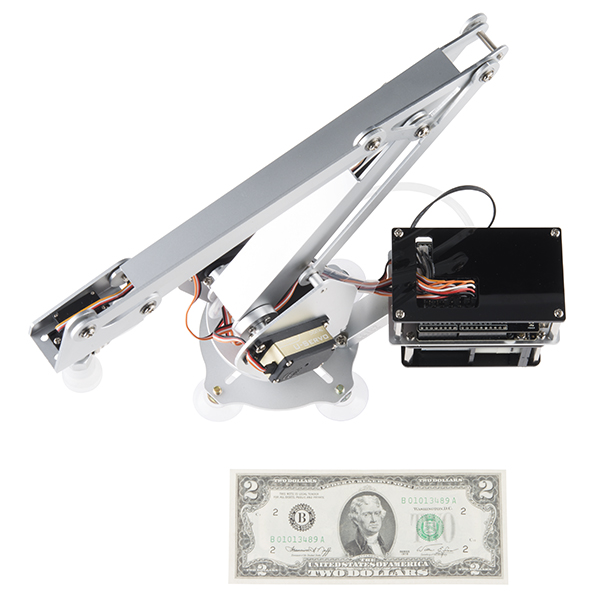 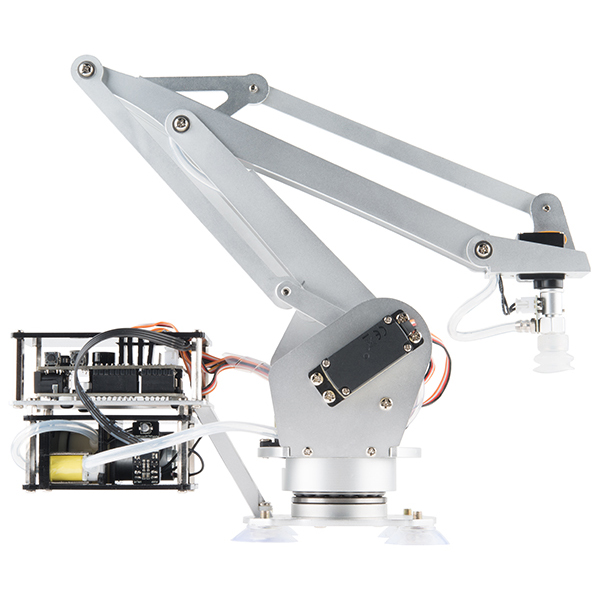 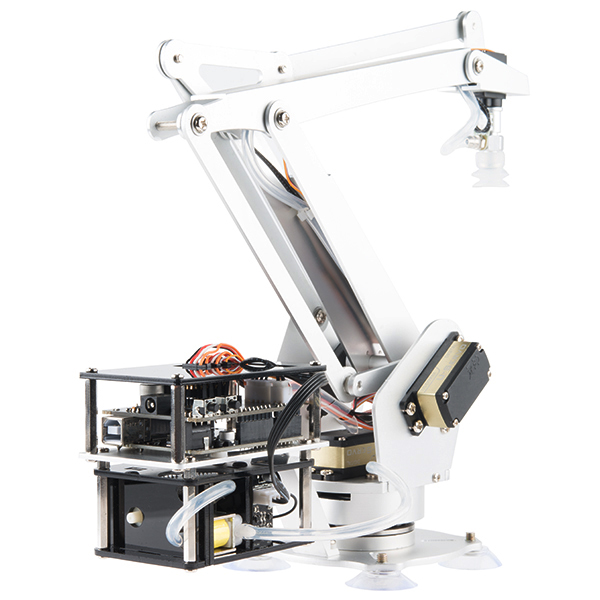 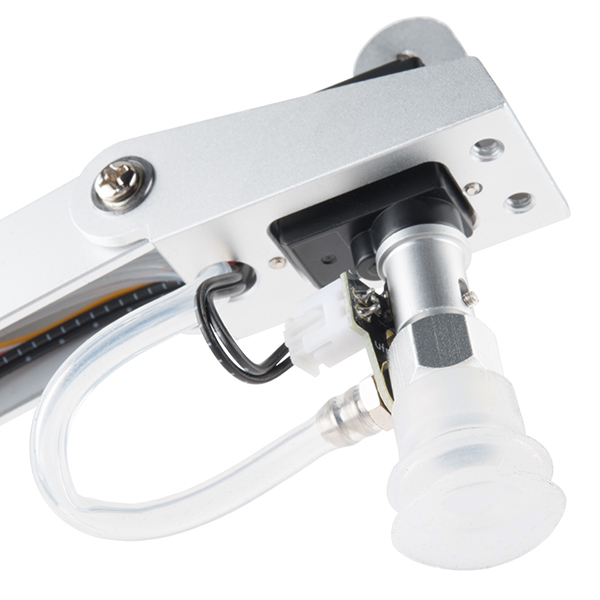 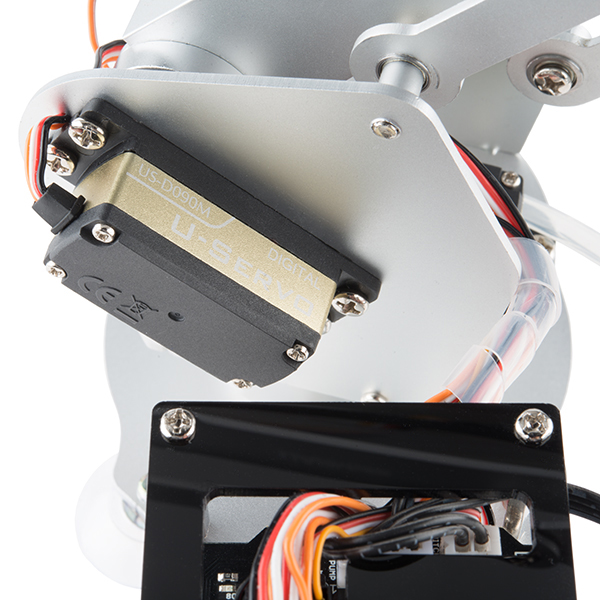 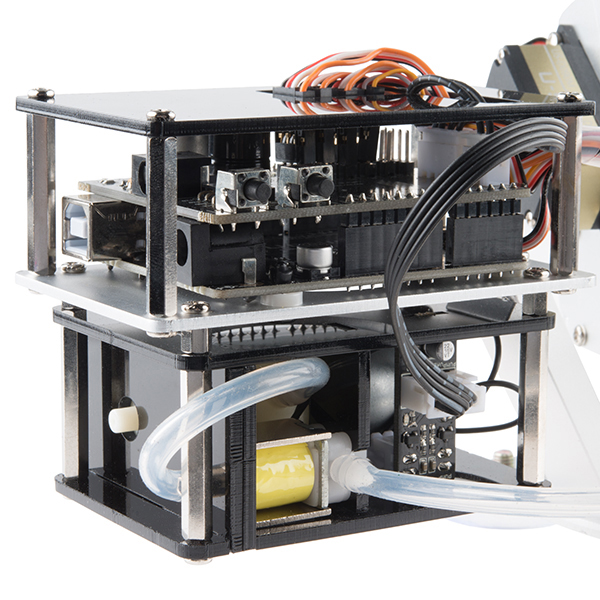 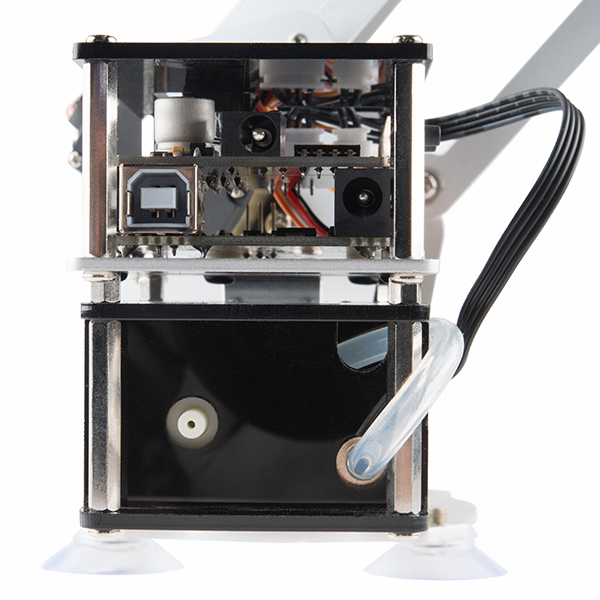 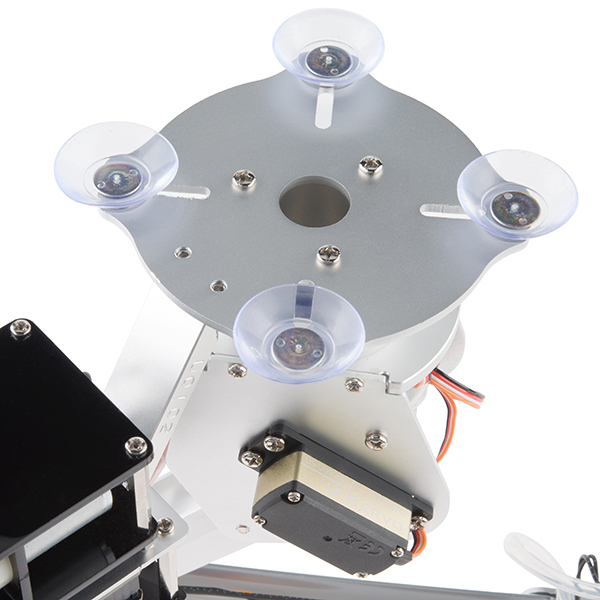 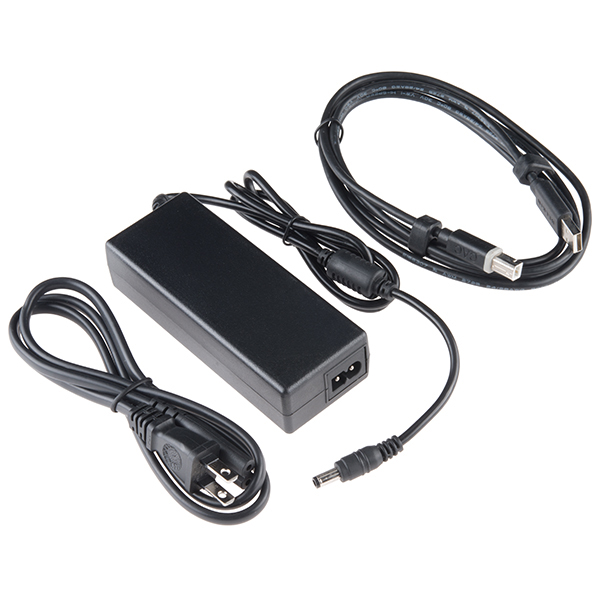 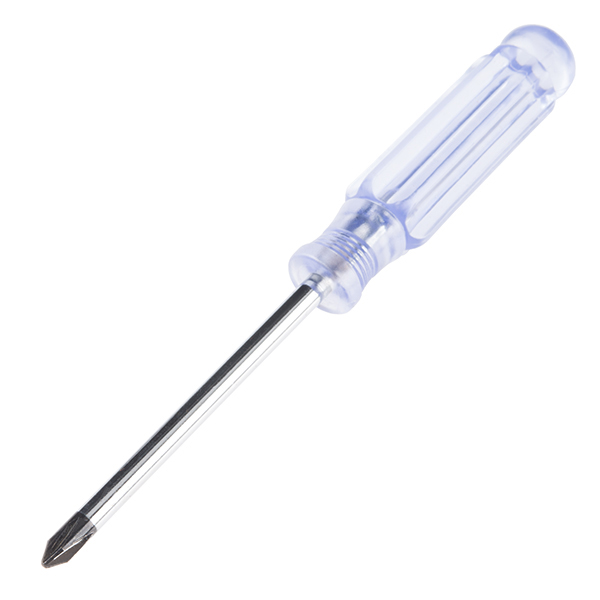 Retired ROB-13286 RoHS Open Source Hardware
Note: Retired Product
This product has been retired from our catalog and is no longer for sale. This page is made available for those looking for datasheets and the simply curious.

The uArm is an Arduino-powered, 4-axis robot arm that has been modeled after industrial pallet packing and car building robots which can be set up and used straight off of your desktop. Each uArm is equipped with three digital servos at the base to control the basic movement of the arm and an additional mini servo attached to the end-effector that moves and rotates the object you are lifting with your chosen manipulator. We all know how much of a pain building robotic equipment can be, that's why we have made sure to provide you with fully assembled versions of this robotic arm. All you need to do to physically set it up is attach it to your desk or other work area with the four provided suction cups at the arm's base (or screw it down for more permanent uses) and you are set to start using it.

So what's all included with the uArm desktop robotic arm, anyway? With each order you will receive one fully assembled metal body uArm (with servos already attached), one "uDuino" Arduino compatible board, one uArm shield, a vacuum gripper system (this includes the suction cup end-effector assembly, vacuum pump, and solenoid valve), one phillips head screw driver for maintenance, and a USB and wall adapter power supply. While the Arduino com,patible board is essentially just that, the uArm shield not only serves as a gate way to control the uArm itself it also features a "Learning Mode" that provides the means to record and replay manually assigned movement you dictated to the robot arm. Simply press the "Record" button on the uArm shield, physically move the arm as you desire, and then end the recording.

The vacuum gripper system included with the uArm is driven by a 5V air vacuum pump and valve, and is capable of lifting and holding about 1 kg of weight. The end-effector suction cup can pick up most objects with a smooth exterior within the aforementioned weight limit. Since the uArm utilizes a parallel-mechanism system, the end-effector of the arm will always be kept parallel to its base. The uArm is a truly fantastic robotic arm kit that can be used in a wide variety of applications to help teach basic to advanced robotics. We've personally used it as an automatic card dealer for our merciless Go Fish tournament, but the uses for the uArm are endless.