Retired DEV-15732 RoHS
Note: Retired Product
This product has been retired from our catalog and is no longer for sale. This page is made available for those looking for datasheets and the simply curious. 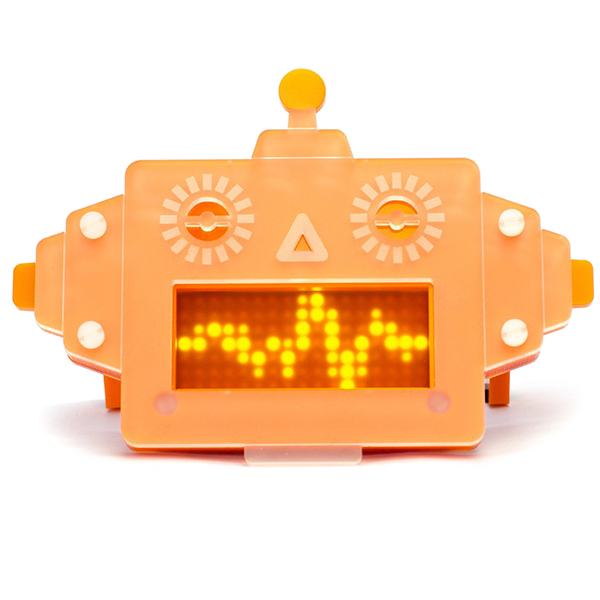 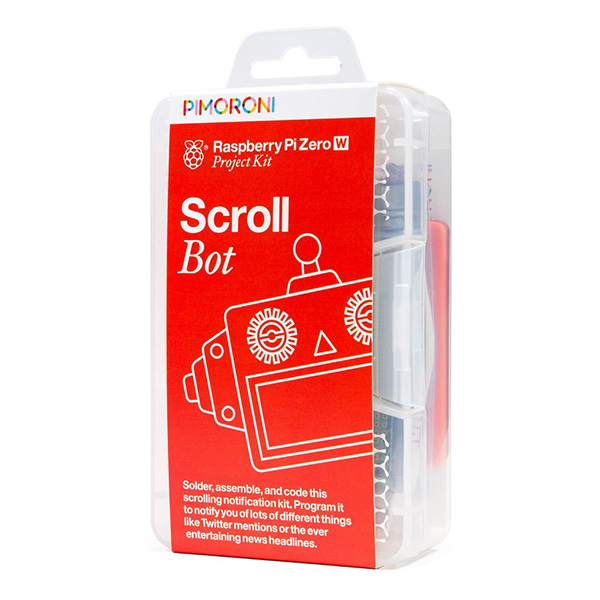 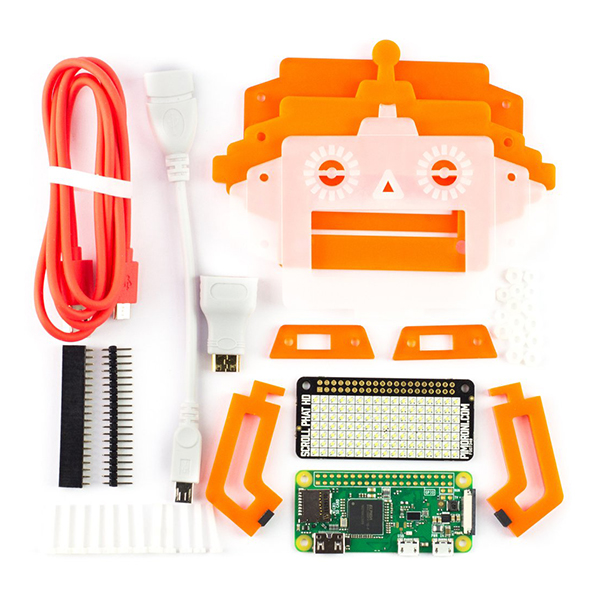 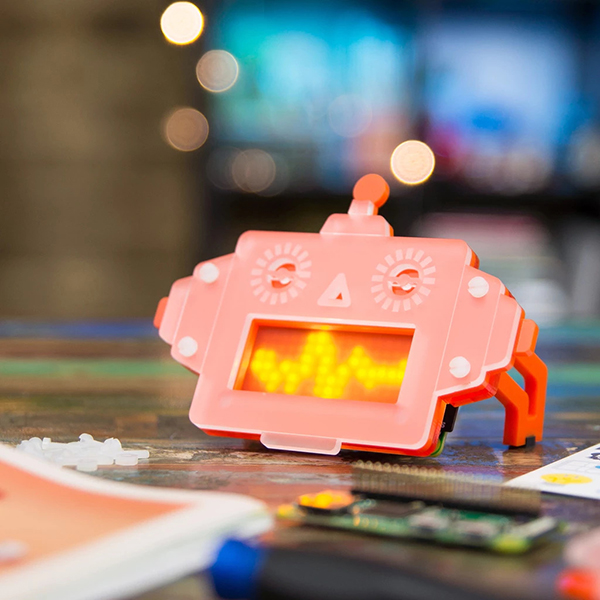 Retired DEV-15732 RoHS
Note: Retired Product
This product has been retired from our catalog and is no longer for sale. This page is made available for those looking for datasheets and the simply curious.

A robot friend to sit on your desk and scroll the news, weather, or your Twitter feed - Scroll Bot! The Scroll Bot Kit* combines the Pi Zero W with the new swish Scroll pHAT HD board, and masquerades as a friendly orange robot, perfect for sitting on your desk or on a shelf. It's ideal for scrolling messages or for simple animations and, of course, it takes advantage of the built-in wireless LAN on the Pi Zero W. It'll take around 30 minutes to assemble everything** (check out the assembly guide for details).

Scroll Bot uses the new Scroll pHAT HD board, a dense matrix of 17x7 (119 total) bright white LEDs. Each pixel's brightness can be controlled individually, meaning that it's possible to create stunning animations or even anti-aliased text. The LED matrix sits behind Scroll Bot's mouth, and the frosted orange acrylic diffuses the LEDs beautifully.

Use the built-in wireless LAN to make your Scroll Bot internet-connected and have him/her/it inform you of the latest news, weather, track hashtags or mentions on Twitter, or much, much more.

Software: Pimoroni's handy one-line installer will install the Scroll pHAT HD Python library for you. They've included a bunch of examples too, to show off what you can do with Scroll pHAT HD.

Note that the default orientation for Scroll pHAT HD is upside-down if you're using it in a Scroll Bot. To flip it, simply add scrollphathd.rotate(180) towards the top of your code, just below the import lines.

Just add your own micro-SD card

Note that this is a soldering project, although you could use one of no-solder hammer headers!