Retired LCD-15999 RoHS
Note: Retired Product
This product has been retired from our catalog and is no longer for sale. This page is made available for those looking for datasheets and the simply curious. 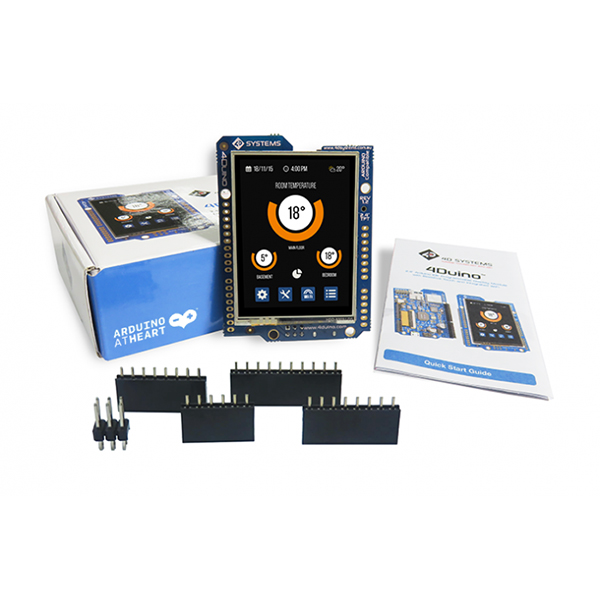 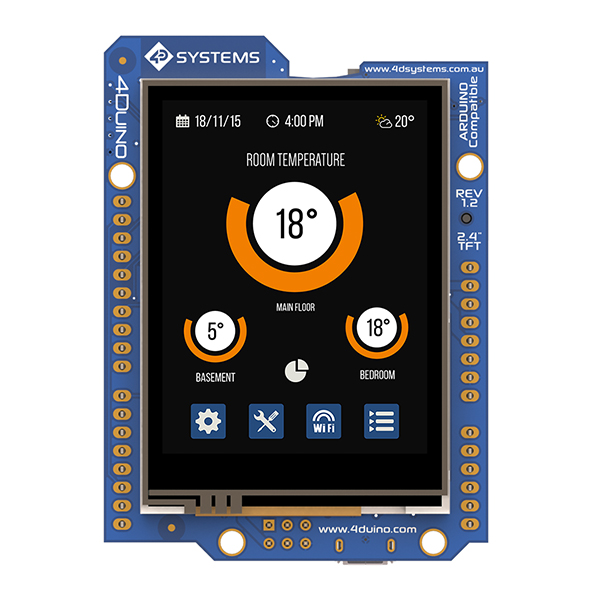 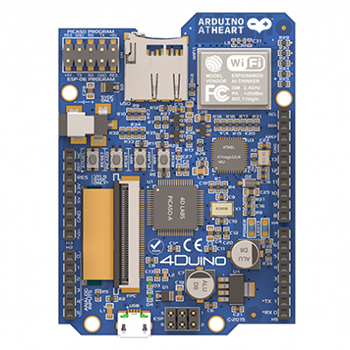 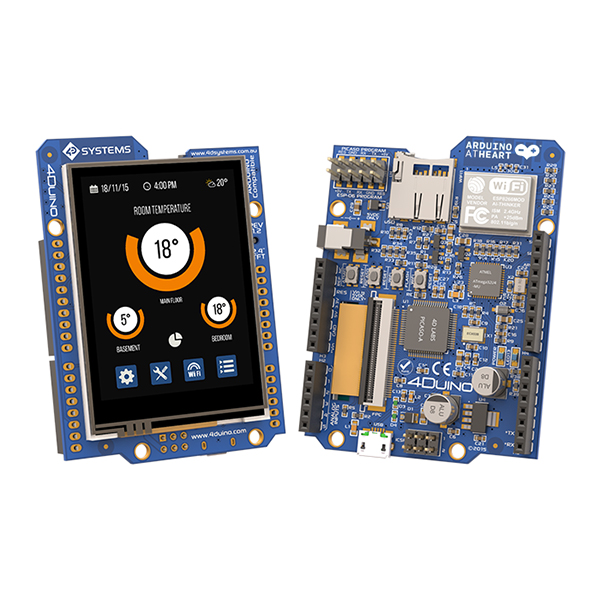 Retired LCD-15999 RoHS
Note: Retired Product
This product has been retired from our catalog and is no longer for sale. This page is made available for those looking for datasheets and the simply curious.

The 4Duino is an Arduino compatible display module with built in 240x320 resolution TFT LCD Display with Resistive Touch, and Wi-Fi capabilities, perfect for IoT (Internet of Things) Applications.

At the heart of 4Duino is an ATmega32U4 8-bit micro controller from Atmel. The same microcontroller is found on popular Arduino Leonardo. 4Duino features a 2.4” colour TFT LCD display, with resistive touch. It is powered by the feature-rich 4D Systems Picaso Graphics Processor, which offers an array of display functionality and options for any Designer/ Maker. In addition, the 4Duino features the popularESP8266 Wi-Fi module which is pre-programmed with the AT command set firmware, enabling the 4Duino to have many Wi-Fi capabilities right out of the box.

The 4Duino also features an on-board microSD connector, and headers in the layout of an Arduino, including power pins (5V, 3.3V, GND and VIN), 20 digital IO pins, of which 7 can be used PWM outputs and 12 pins have Analog input capabilities.

The 4Duino is easily programmable with the Workshop4 IDE and its 3 different 4Duino based development environments.

The Workshop4 IDE has new functionally added, and is now able to program the on board Atmel processor using the popular Arduino programming language, just like the popular Arduino IDE, but with the added dimension of graphics – with the aid of the 4D Systems Picaso GPU. Creating Arduino based GUI’s does not get any easier.

The 4Duino design has incorporated a TFT LCD Touchscreen Display and Wi-Fi solution with the intention of providing a flexible and hugely capable hardware platform. This will enable Markers and Designer to significantly improve the quality and the scope of their projects, and do so rapidly with the aid of the 4D Systems Workshop4 IDE.

NOTE: 4Duino comes with the main Through-Hole headers unmounted. These need to be soldered by the Customer. Please refer to the Datasheet for more information.