Retired WRL-16884 1
Note: Retired Product
This product has been retired from our catalog and is no longer for sale. This page is made available for those looking for datasheets and the simply curious. 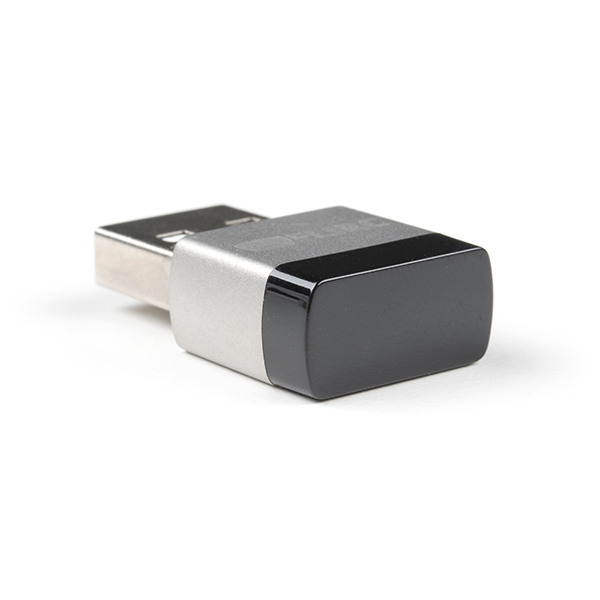 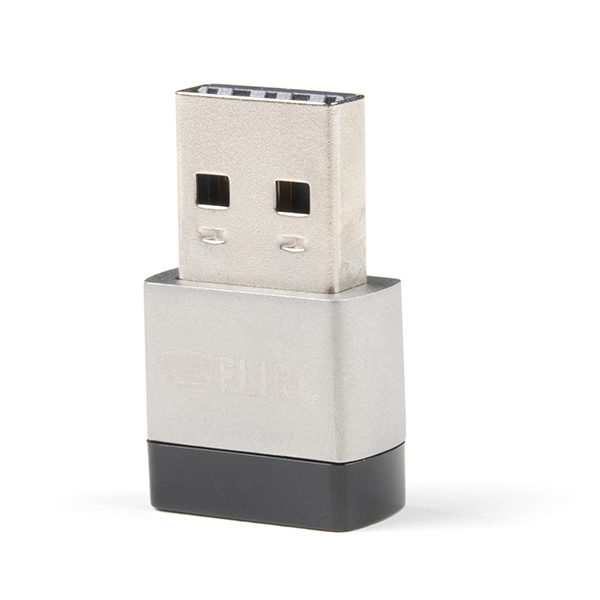 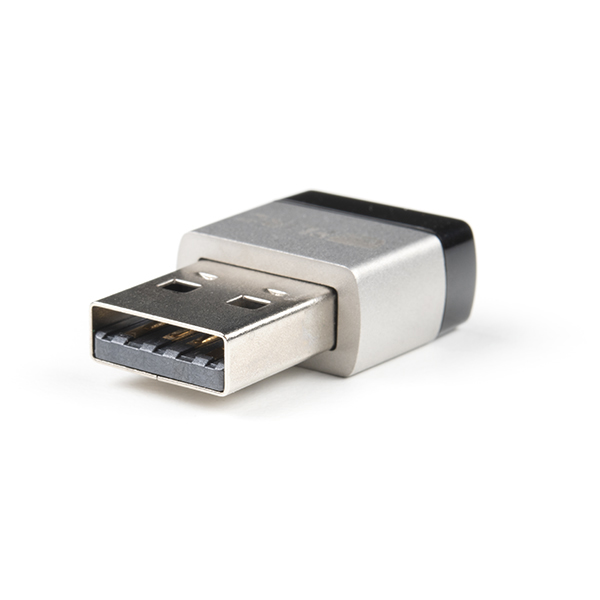 Retired WRL-16884
1
Note: Retired Product
This product has been retired from our catalog and is no longer for sale. This page is made available for those looking for datasheets and the simply curious.

The Flirc USB allows you to pair any remote control with your computer or media center (Including the Raspberry Pi)! Just walk through the super simple cross platform pairing application, and you're done. Use your previously paired remote with no additional software on any machine with Flirc.

The Flirc USB learns from any remote control, not caring about different vendor protocols. Just walk through the super simple setup - pairing individual remote buttons with 'Media Centre Buttons' and you're done.

It's basically a universal IR receiver, so it can be used with any remote you choose, old, new or Universal! The best part about Flirc is that it can be used to mimic a keyboard so every media center application understands it without any drivers. Although Flirc's range depends on the strength of the remote control you are using, it will work up to 20 feet away with most remotes. Like all infrared (IR) devices, Flirc works best when it's placed in the line of site of the remote control.

works, with a significant caveat

As advertised, FLIRC USB was able to easily learn the keys for arbitrary remotes I tried, and the device could then be used deliver standard media keys in the target system. My major caveat relates to the security aspects of the device. Afaict, the programming software is only distributed as an unsigned binary (not even https download)--then you must run it as root! The firmware for the device also seems to be closed source, so in effect, you are hooking up an autonomous keyboard that can inject any keystrokes it cares to emit. Its one thing to trust Logitech or Microsoft with such a device, but another to trust a company whose support forum seems to be moribund and opsec seems to be dismal. I endded up running the programmer on an isolated system, and then blew away its disk and reinstalled the OS--quicker than studying the tens of megabytes of strace logs. My application is not networked or security sensitive so I don't worry too much about runtime security. If your systems are any more sensitive, take a pass, or get the vendor to open up the sources so we can see everything and compile it ourselves.