Retired COM-09000 RoHS 2
Note: Retired Product
This product has been retired from our catalog and is no longer for sale. This page is made available for those looking for datasheets and the simply curious. 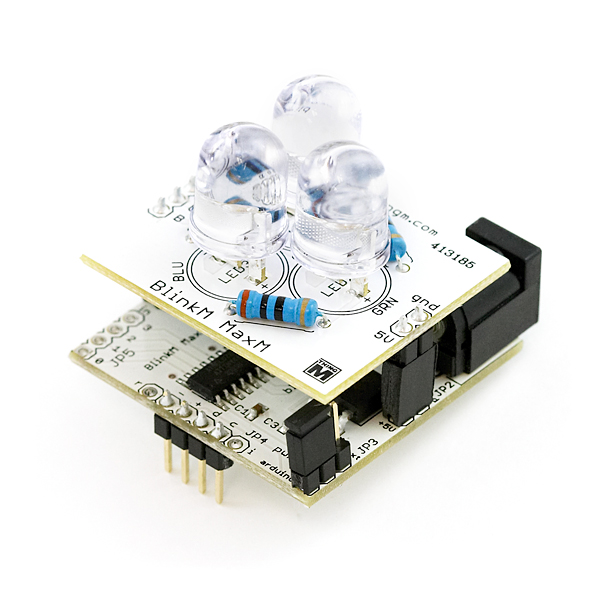 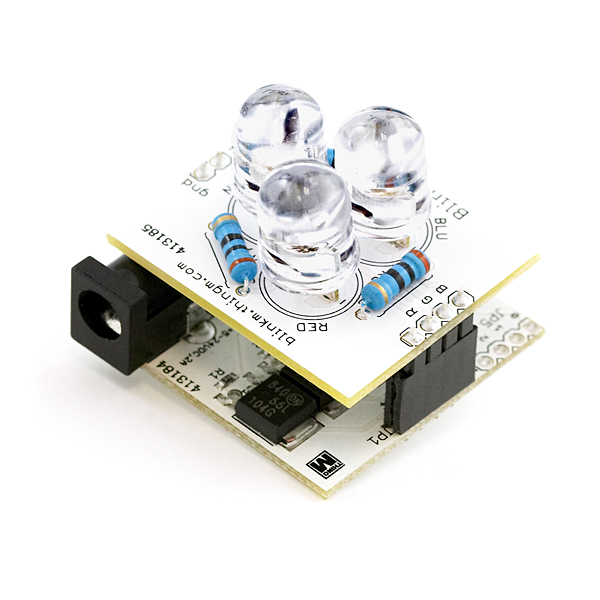 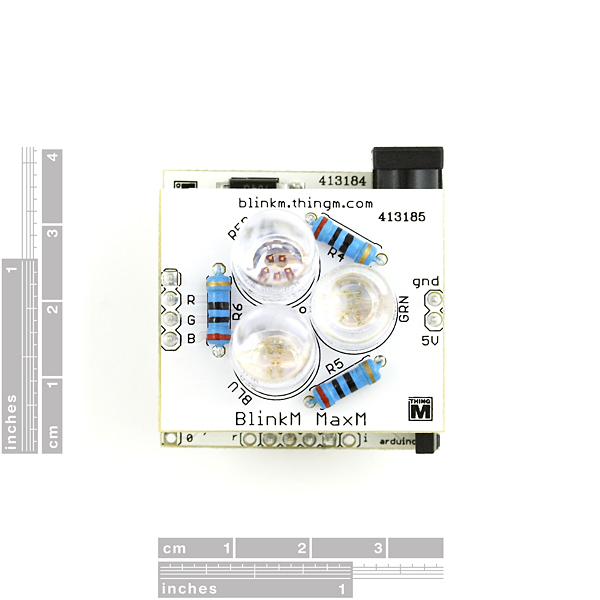 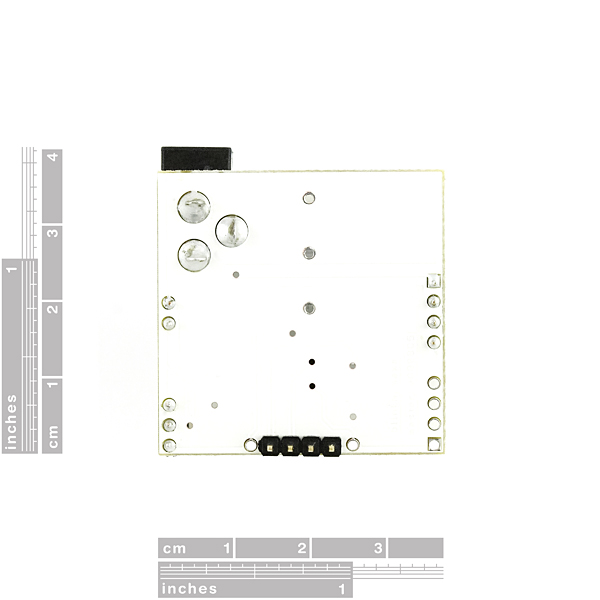 Retired COM-09000 RoHS
2
Note: Retired Product
This product has been retired from our catalog and is no longer for sale. This page is made available for those looking for datasheets and the simply curious.

If you used BlinkM and you thought it was good, but needed something to temporarily blind your enemy, the MaxM is what you need. Three large 10mm LEDs combine the forces of 15 individual LED cores to create a flood of RGB light.

BlinkM MaxM is an intensely-bright smart LED for prototyping that comes as a package of two components, a control module (MaxM Master) and a daughter board with three ultrabright LEDs (MaxM Blaster).

MaxM Master runs a unique firmware that creates virtually any RGB color, fades smoothly between two colors, and blinks in virtually any pattern. Like its smaller sibling, it requires almost no knowledge of electronics. Its powerful 1 amp MOSFET transistors can control the industry's most power-hungry LEDs, while its 12 volt power supply lets it be run from a wide variety of power sources, making it perfect for prototyping automotive applications and low-voltage track lighting systems.

Finally, it includes four analog input lines, which means that its behavior can be changed without requiring an external controller. We have expanded the BlinkM control language to make this powerful capability available without affecting backward compatibility. All existing BlinkM software should run on the MaxM without requiring any changes.

Works well, though the LEDs are almost too big.

about 7 years ago by Member #235923 verified purchaser

Functionality was good, and just as expected. I was able to load up the programming Arduino sketch, and get it working quickly. The open-source BlinkM Communicator programmer software is functional, but pretty much garbage (in Windows it has lots of flukey errors, causes screen problems, doesn't put a button on the task bar to access the open window, etc.). Also, these LEDs are so large, that it's easy to see the discreet red, blue, and green LEDs inside... you'll either need to be using them for something that will be viewed very far away, or need a good diffuser in front of them (otherwise it just looks like you've got 3 different color LEDs behind the diffuser, which you do).

about 6 years ago by Member #244547 verified purchaser

i used this for a color changing gazing ball i made out of an old lamp post base by my driveway. it sits inside a 10" white acrylic globe, and i used a ping pong ball as a diffuser on the led's. the neighbors all love it!!

as stated earlier, the software is pretty buggy, but it works. the ping pong diffuser made it a nice blended color under the white acrylic.

the only reason i didn't give it 5 stars is because within a year the blue LED burned out and i had to replace it.