Retired BOB-09579 RoHS
Note: Retired Product
This product has been retired from our catalog and is no longer for sale. This page is made available for those looking for datasheets and the simply curious. 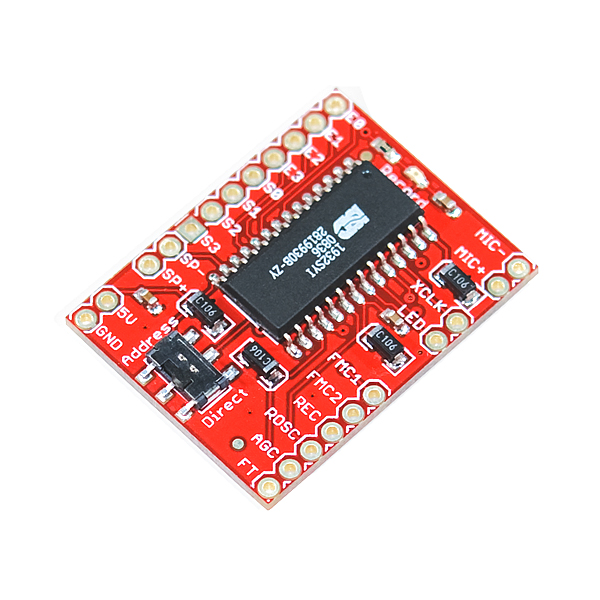 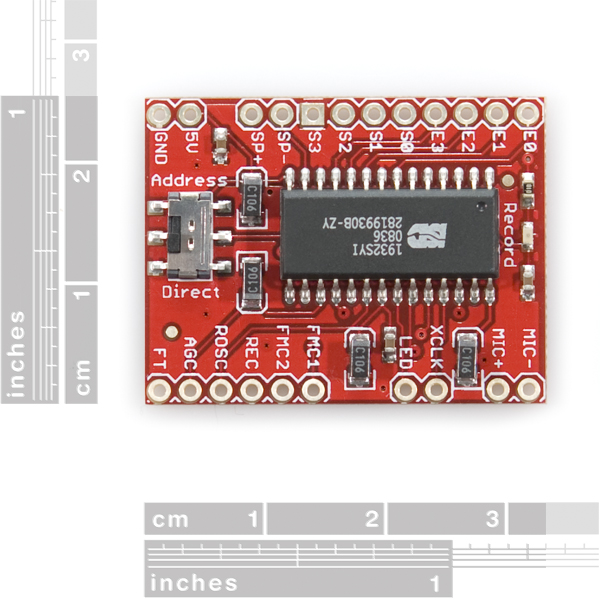 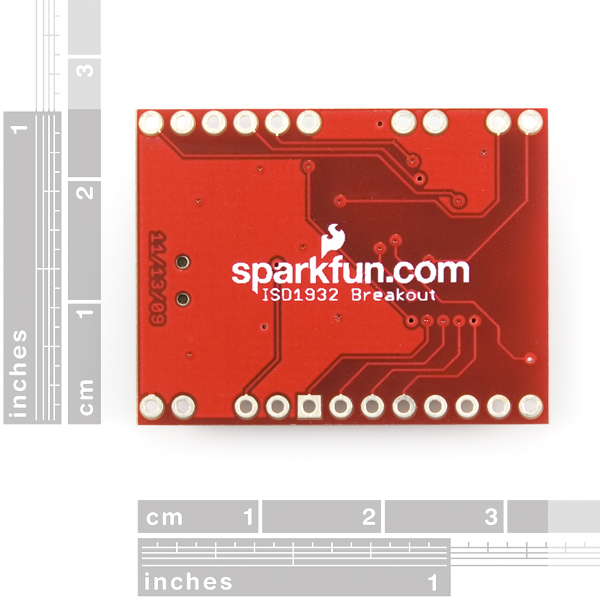 Retired BOB-09579 RoHS
Note: Retired Product
This product has been retired from our catalog and is no longer for sale. This page is made available for those looking for datasheets and the simply curious.

Replacement:BOB-10653. We've added an on-board microphone and output speaker jack to the newest revision of this board. This page is for reference only.

This is a breakout board for the ISD1932, a multiple-message record/playback device. This single chip can record up to 64 seconds worth of voice messages. Microphone inputs and speaker outputs are all handled by the ISD1932.

A switch is connected to allow selection of the ISD1932's operating mode - address trigger or direct trigger. You must cycle the power after switching the mode. An LED is also populated on the board and will illuminate when the device is recording.

The board breaks out all pins of the ISD1932 to 0.1" spaced headers. This product comes as shown in the pictures with filtering capacitors, an LED, mode selecting switch and the ISD1932 IC.

Note: Just to give you a ballpark idea of how this board sounds, we made a short recording for you. The gain is a touch high so any clipping is an artifact of that. The first thing you'll hear is a short clip of our Director of Engineering bragging about his credentials. After that, you'll hear that sound after it has been recorded directly into this chip and played directly out again. It gets a little better than this if you're willing to fool around with the gain resistance for a while, but you get the idea: You don't wanna listen to music on it, but it's not bad for SFX or voice messages.