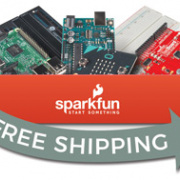 Can we somehow transform and take advantage of all that energy wasted inside gyms across the country?

Are links working in here now? I need to find the project...