You're shopping with us, you're already a step ahead; IoT and You.

The Internet of Things is a notion of a new age of internet connected devices. It stands to be a great time in technological advancement. You, as our customer, are in a position to get into it from the beginning.

The Internet of Things is a notion of a new age of Internet connected devices. It stands to be a great time in technological advancement. You, as our customer, are in a position to get into it from the beginning.

Okay, so that title is a little over the top, but it's part of the point I'm trying to make. To preface; I've got two talks on IoT topics coming up; I'll be at IoT Summit at the end of this month and IoT World in the middle of May. So my mind has been on the Internet of Things recently. There's a lot of ways this new industry is going to benefit us in the maker/hobbyist/prototyping community (electronics civilians). Data only cellular services seem to be getting more accessible. There will hopefully be a push for cheaper, lower power microcontrollers and radios. Along with this, battery technology will hopefully get a bump. Talking to people within the electronics community, it won't be outlandish to have sensors which can be completely isolated with no maintenance in their lifespan (think of moisture sensors that can be drywall-ed over in a house).

But the IoT community stands to benefit a lot from us as well. IoT encompasses so many sub-topics; Wearables, Smart Grids, home automation, and wireless beacons to name a few. Most of which, I have seen projects relating to on Hackaday and similar blogs. The things companies are looking to accomplish with IoT, our customers have been doing for years. Connected devices are nothing new to the hobbyist world, now there's just a name and an industry push behind it. Technology will improve, but the concepts will remain the same. If there's one resource on this planet that IoT could benefit from, it's the hobbyist/maker community. While the big tech companies were doing their best to keep up with mobile phone technology, we've been working on ways to interface with them. We have the experience with microcontrollers needed to make devices that can have their firmware updated on the go. We've had to troubleshoot devices that rely on GPS. We have skill sets that put us in a great position to do well in the world of IoT. 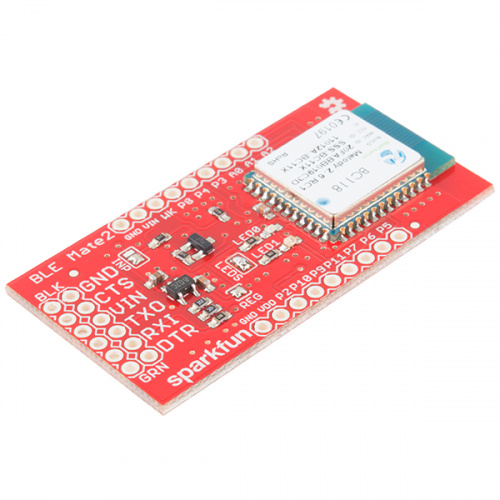 This is the SparkFun BLE Mate 2, an efficient and reliable Bluetooth 4.0 development board. The BLE Mate 2 closely resembles …

1 Retired
Favorited Favorite 5
Wish List
Our BLE Mate 2, a great way to get into Bluetooth Low Energy (4.0), which will be an integral part of connected devices.

So that's why I am writing this article, to ask you, the reader to use these skills for good. Boulder, Colorado is teeming with startups at the moment, we're even rivaling San Jose. A friend of mine has a startup currently focused on an emerging industry here in Colorado (yes, that one). I was talking with him the other night about it and he had expressed some grief relating to the people he's encountering in that line of work. He feels that most of which are in it for the wrong reasons. They're the people looking to get in on explosive growth and bow out when the market stabilizes. While they're completely different situations, I fear the same of IoT. I hold concern that it has the potential to be the sum of everyone's fears regarding a fully connected home (insert T-1000 reference here). Around the office, I talk about how great IoT has the potential to be. People get upset at the idea of it. They see it as an invasion of privacy and it's met with resistance. 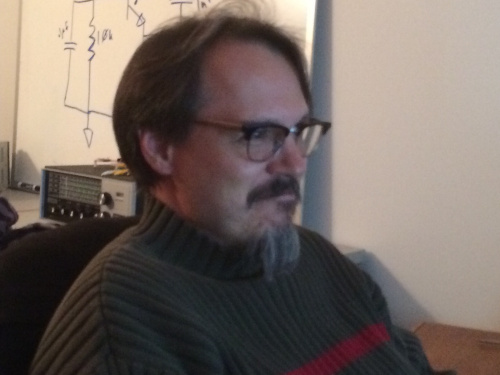 Pete making the face he makes when I say his fridge is going to be connected to the Internet. Thanks for being a good sport about this, Pete.

So what I am asking is to use these skills as more than a hobby. Yes, a good sample of you already do have careers or plan to have a career in the electronics industry. IoT is a great opportunity. The next time you solve a problem that you've encountered using the power of electronics, consider if it could be a product that solves that same problem for others. Make your projects products. Keep an open mind about ideas in the IoT field. You may feel it's a silly concept, but you have the power to change that. To use these new and existing resources to solve problems through connected devices.

I know I say this every Enginursday post, but one of these days I'll have a cool project to share.