It’s a special day for the Makers’ community. Massimo Banzi is in San Francisco attending Build Conference, the biggest developer event of the calendar year for Microsoft and today Microsoft is announcing a strong partnership with Arduino: Windows 10 is in fact the world’s first Arduino certified operating system! 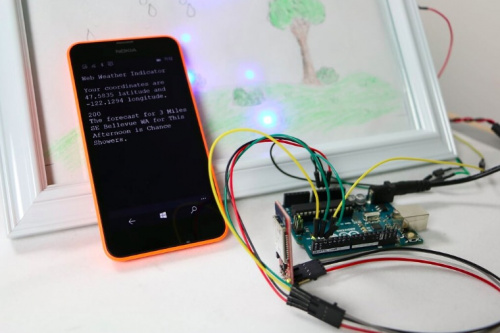 So what does that mean? According to their post: "‘Arduino Certified’ Windows 10 enables makers to easily create smart objects combining hardware-driving capability of Arduino with the software capabilities of Windows."

Users can employ both Windows Remote Arduino and Windows Virtual Shields in their Arduino-based projects -- both of which were released as open source libraries. 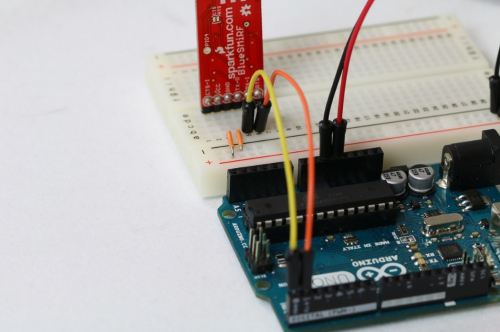 If you want to play around with Windows Remote Arduino, our friends over at Hackster.io have a great tutorial that will show you how to turn an LED on-and-off (the standard "Hello World" project) using Windows Remote Arduino. Microsoft recommends using our BlueSMiRF Silver as the Bluetooth communication module.

The comments on Arduino's post are mixed -- some folks applaud a giant like Microsoft throwing their weight behind Arduino.cc, while others lament a historically "close-sourced" company getting in cahoots with one of the major players in the open source world. Whether this will have larger implications down the road for Arduino and the Arduino IDE remain to be seen, but it is certainly an interesting development.

Truth be told, Microsoft has recently made several interesting jaunts into the world of open source. In fact, Microsoft just launched its .NET Distribution For Linux And Mac. They also recently announced that the Windows 10 IoT Core Insider Preview will be free for Makers. This is inline with the announcement earlier this year that Microsoft would offer a free version of Windows 10 for the Raspberry Pi 2.

It certainly seems that Satya Nadella, Microsoft's CEO since February 2014, is focused on supporting the world of Makers and DIY enthusiasts.

So what are your thoughts on this new partnership and the seemingly new focus on Makers and DIYers from the folks at Microsoft?

To Infinity and Beyond...the SIK Programmed with Arduino