Hackster Project of the Month: July 2016

Bikes that will light up your life!

A few months ago I did the Hackster Project of the Month post on a few projects that grabbed my attention. One of those projects was a bike light control. I mentioned that I love riding, and any hacks I could set up for my bike are of great interest to me. Someone seemed to be paying attention.

Patrick had been working on a POV bike light system. He made sure to document the entire process really well. Please check out a solid code repo, lots of cool photos and a few videos to show you everything in action. 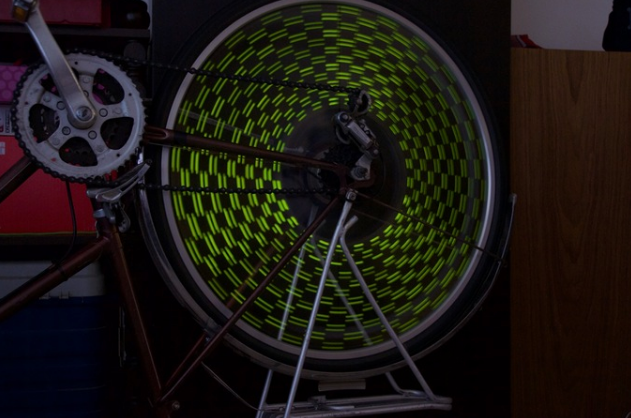 The basis of the POV system is the SparkFun BadgerStick. I’m a big fan of this item, but since I missed out on the conference where we handed those out, I have the RedStick. Same great form factor, same great functionality, slightly different name. I personally spend a lot of time with my RedStick. Its simple interface means I’m normally prototyping a lot of things on it. 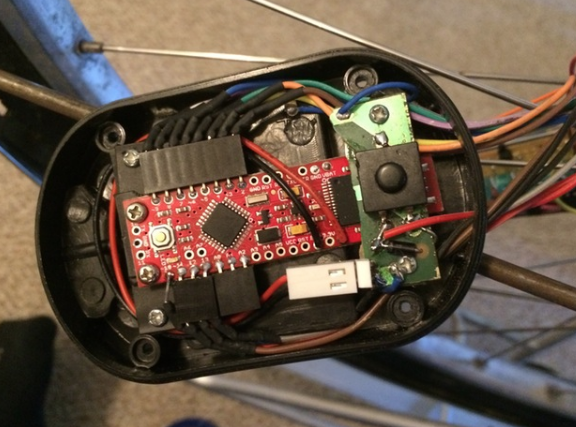 Patrick is a regular bike commuter and rides nearly every day. I was assuming it was extra lights for his bike (safety third or something), but he told me it was for his wife’s bike. They have a new baby (congrats!), and his wife hasn’t been riding as much lately. I imagine an idle bike was too tempting as a canvas for an electronic arts project.

The initial project took Patrick about four weeks, during which he played around with a handful of configurations. He finished the project just before Nick’s etched circuits blog post came out. That, plus a conversation with Shawn, another of our resident creative techs, helped inspire him to have a second go-round on the project. This update has led to a bunch of extra content into a project that was already pretty solid. 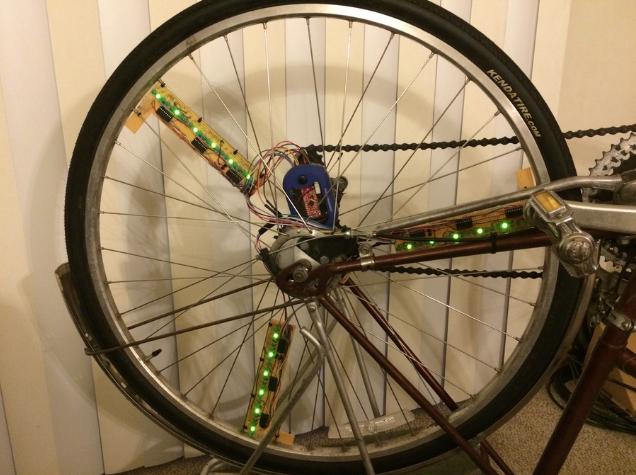 In our conversation about the project, Patrick even mentioned that he built the wheel this project is a part of from parts -- getting the rim, hub and spokes from different locations and making that too. Hackers and makers can never leave well enough alone ... it’s fantastic!

Patrick lives in Fort Collins, Colorado, with his wife and child. He’s a computer professional and spends his free time detailing his projects on his blog.