Find out what happens when artists leverage new technology in their work!

Last weekend while I was visiting some friends and family in New York City, I decided to check out the Metropolitan Museum of Art, also known as The Met. I had seen some pictures of a sculpture exhibit on the rooftop garden called "The Theater of Disappearance" by Argentinian artist Adrián Villar Rojas, and I thought they were interesting, beautiful and likely worth seeing in person. Spoiler alert...I was right. In my eyes, this show wasn’t just an art exhibit but also a prime example of the exciting things that can happen when makers marry fine art and tech. 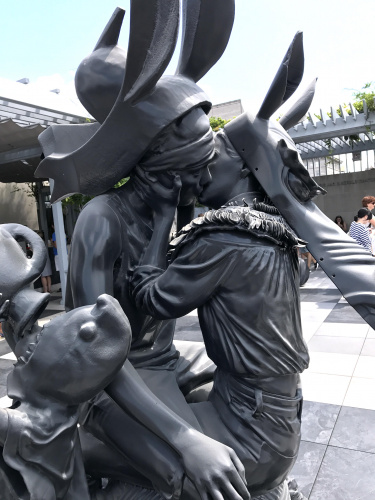 Upon entering the exhibit, all I knew about it was that each piece was essentially a sculptural collage composed of replicas of different artifacts and art found across the museum itself. In much more eloquent words from The MET’s website, 'Featuring detailed replicas of nearly 100 objects from The Met collection, "The Theater of Disappearance" encompasses thousands of years of artistic production over several continents and cultures, and fuses them with facsimiles of contemporary human figures as well as furniture, animals, cutlery, and food.' Pretty cool, right? Definitely cool enough to compel me to visit a museum on a very brief and busy trip home. 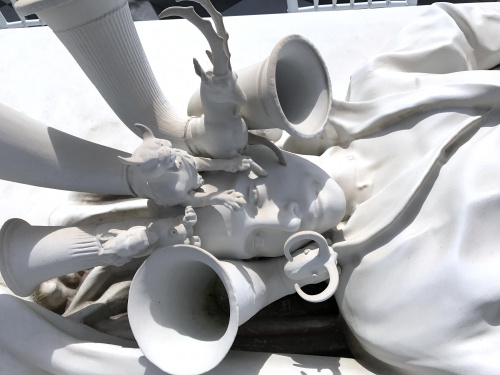 I had no clue walking in that this show would really spark my interest. While I was browsing these sculptures, I started to notice a familiar linear texture on some of the work. You know, that texture that screams, “I AM A 3D PRINT! I HAVE BEEN PRINTED!” 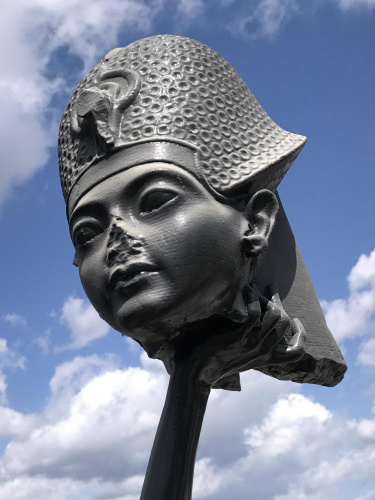 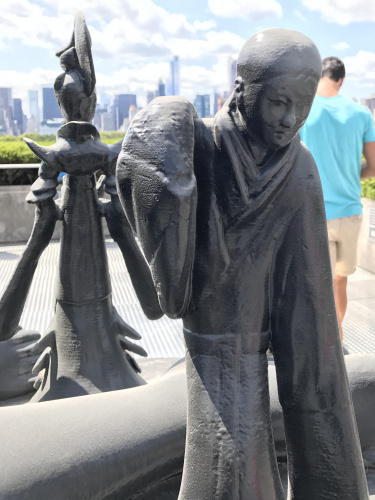 Anyone who has used a 3D printer will recognize it immediately, and I was cautiously confident that I just uncovered the great mystery behind this show. I proudly pointed it out to my sister, and then to the museum staff member closest to me, who did NOT mirror my excitement. The staffer told me that I should go read the summary on the wall, which clearly states that these sculptures were, in fact, 3D prints. 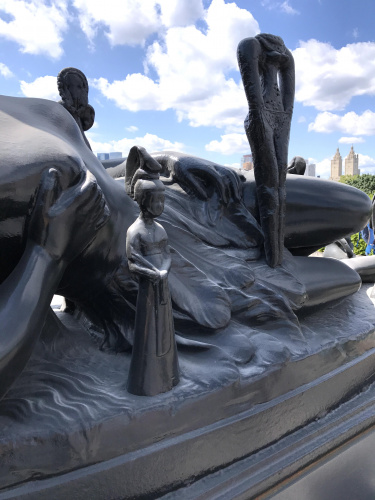 I was blown away. This tool that we use to prototype projects and make small desk tchotchkes is also the tool that a world-renowned artist used to develop work for a solo exhibition at the Metropolitan Museum of Art. That’s a pretty big deal. The Met is hosting a show composed of digitally fabricated art...3D-printed art! THE FUTURE IS NOW, GUYS.

I excitedly learned that Adrián Villar Rojas used 3D image scanning to replicate the museum artifacts. He took the individual object scans and modeled them into 3D collages digitally before printing them for the show. While the details of his process have not been divulged to me, I can make some assumptions based on what I saw. That linear texture that I mentioned earlier was actually pretty hard to spot and only on a handful of pieces, making it clear that the artist spent a great deal of time and energy refining his prints once they had been printed. I was impressed at how effective his technique was in removing the 3D-print texture. In the past, I have put my prints in an acetone bath to remove the texture, but I lose a ton of detail. This show has inspired me to continue experimenting with ways to alter 3D prints after they have been printed. 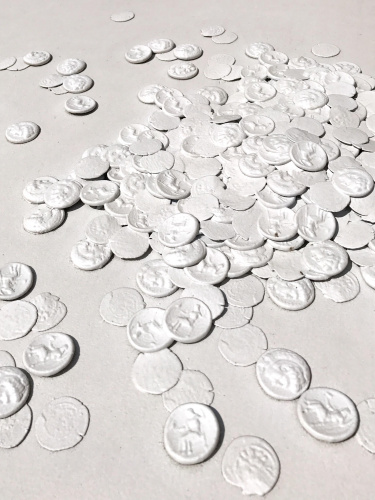 If you find digital fabrication interesting and happen to be in NYC before October 29, I highly recommend checking this show out. It is a rare moment when the tech and fine arts worlds overlap in a large-scale, public-facing setting. It speaks to how artists are beginning to incorporate technology into their work, and consequently exposing the magic of using tech as a creative tool to a new audience!

What are your thoughts on 3D prints as art? Share with us in the comments below!

Enginursday Roundup: Shut Up and Play the Hits